Less than 2% experimental error doesn't sound too bad, when Plus thinks back to secondary school science classes, but it was a big cause for concern for the government, when they counted 1 million people fewer than expected in the 2001 UK census.

However, one legacy of this experiment has proved to be an unqualified success. To tie in with the census, the Centre for Statistical Education, in conjunction with National Statistics, set up a project called CensusAtSchool, whereby children would complete a simple questionnaire about their home lives and school experience. The aim of the project was to provide real data for use across the National Curriculum and improve data handling in the classroom: "Real data, real learning" as the CensusAtSchool slogan states.

Over 60,000 children completed questionnaires and the project, originally designed as a one-off, has proved so successful that it is being continued within the UK, and CensusAtSchool programmes are now also being run in the US, Canada, Australia, New Zealand and South Africa.

Following on from this success, a similar project entitled ExperimentsAtSchool has just been launched, dealing with experimental, rather than social, data. Students carrying out experiments in their own classrooms are now able to upload their results to a national database, and also download data from students in other schools around the country to use in their analyses. 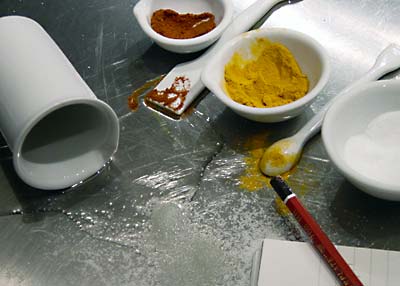 If it proves as successful as its predecessor, this project has the potential to revolutionise the way science is taught in our schools. In an ideal world, the study of science would involve repeating experiments many times in order to reduce error, but in the classroom time constraints often compel teachers to declare any discrepancy between expected and observed results simply to be "experimental error" before moving on. By using ExperimentsAtSchool children could, in effect, repeat their experiments many hundreds of times.

But the availability of scientific results is only part of the benefit of this project. As with CensusAtSchool, it is the experience of quality data handling and analysis which will perhaps most benefit students. Recent studies have shown that the numeracy skills most often demanded by employers are those concerned with data handling. Innovative programmes such as these might just close the gap between these expected, and observed, results of our education system.