Faster than a falling bullet...

The idea that gravity has a speed seems strange - ever since Newton's day it has been assumed that the gravitational force of an object is felt instantaneously. If this is correct, then, supposing some cosmological conjuring trick were to cause the Sun to vanish, the Earth would be freed instantaneously from the Sun's gravitational pull and immediately leave its orbit to go spinning through space - even though we wouldn't see that the Sun had gone for about eight minutes (the time it takes for light to travel from the Sun to the Earth). 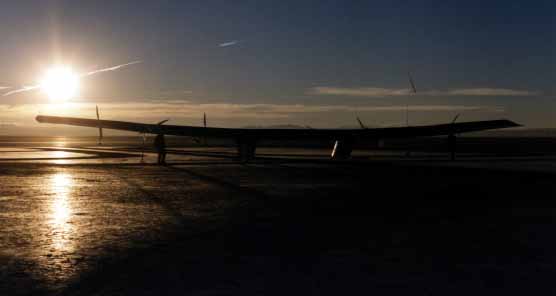 How long would it take to notice if the sun vanished?
[Image courtesy of NASA]

However, Einstein posited in his general theory of relativity that gravity, like light, was a wave, and that the speed of the gravity wave was the same as the speed of light. If this is indeed the case then the Earth would be freed from its orbit at the very same instant we saw the Sun disappear. Up till now, Einstein's view has been generally accepted by the scientific community, but recently some cosmologists have suggested that gravity may be able to take shortcuts through the extra dimensions postulated by string theory, and may actually appear to travel faster than light - which has to take the long way around - without violating general relativity.

These arguments may finally have been settled by scientists Ed Formalont and Sergei Kopeikin, who think they have made the first ever measurements of the speed of gravity. It was previously thought that the only way to know how fast gravity travelled would be to time the gravitational ripples in space-time caused by sudden changes to a mass. And it didn't seem like this would be done any time soon since - despite much research - so far no one has even managed to detect gravity waves (see Catching waves with Kip Thorne from Issue 18 of Plus). But Kopeikin and Formalont think they have found another way to measure the speed of gravity, thanks to some hardcore mathematical manipulation.

Any physics student will have come across Maxwell's equations describing how a moving charge generates an electric and magnetic field. It is possible to manipulate these equations to calculate the speed of light from measurements of the electric and magnetic field of a moving charge. Kopeikin realised that, in a similar way, he could rewrite the equations of Einstein's general relativity to calculate the speed of gravity from measurements of the gravitational field produced by a moving body.

So the theory said it could be done, but the hard part was going to be taking the necessary measurements. Kopeikin and Formalont exploited gravitational lensing - where the light from a distant object is bent as it passes through the gravitational field of a massive body such as a planet or star, altering the object's apparent position as observed from Earth. To do this, they again had to tackle some difficult equations. Although it was known how a stationary or uniformly moving body could lense light, it seemed to be impossible to solve the equations when the body was spinning and in orbit. However, in 1999 Kopeikin shocked the physics community by finding an exact solution to these equations. 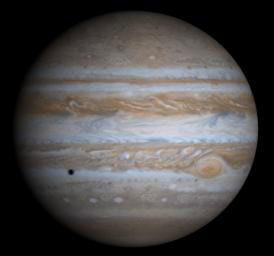 It only remained to find a body with a gravitational field sufficiently strong to cause detectable lensing, and a distant object to observe. The scientists picked Jupiter, which, with more than twice the weight of all the other planets combined, is the largest planet in our solar system. Then, after scouring the next thirty years' forecasts of paths of radio sources that would pass near Jupiter, they discovered they had just a couple of years to wait before a strong radio quasar, J0842+1835, would be dropping by.

Using the US National Radio Astronomy Observatory's Very Long Baseline Array, combined with a radio telescope in Germany, gave Kopeikin and Formalont an array of telescopes stretching over 10,000km, allowing them to observe the quasar's position with great accuracy. By using delicate techniques to overcome minute shifts in position of the telescopes from continental drift, and the effects of weather on Earth and on Jupiter, they were able to record the necessary data on 8th September 2002.

Exactly what they measured is still the subject of some debate. Formalont and Kopeikin believe they have measured the speed of gravity to be 1.06 times the speed of light with a very large error margin of 0.21. They are interpreting this finding as meaning that light and gravity propagate at the same speed, confirming, once and for all, Newton's instantaneous view of gravity is wrong, and also corroborating Einstein's theories. Their measurements, if validated, will also have consequences for the number, size and compactness of string theory's extra dimensions. However, some scientists feel the interpretation of the measurements is more complicated, and some even think that what was measured was in fact the speed of light rather than the speed of gravity (see the preprints of articles by Will and Asada from the Astrophysical Journal).

Whatever the meaning of their results, the theoretical work and history-making measurements of Kopeikin and Formalont are amazing achievements. And perhaps the space-based telescopes of the near future, such as LISA, may set the record straight once and for all.