A Fields of their own 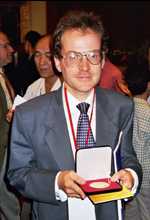 Laurent Lafforgue after the ceremony

The Fields Medal, known as the Nobel prize of Mathematics, has been awarded to two mathematicians for their work bringing together disparate branches of mathematics. 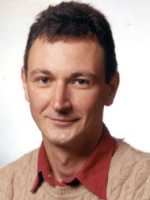 Lafforgue was recognised for his work on the Langlands Correspondences connecting the areas of number theory and analysis. His major contribution has been described as a "monumental proof" and was the result of six years' continuous effort.

The work of Voevodsky was inspired by the belief of a previous Fields medallist (Alexandre Grothendieck) in the unity between two branches of mathematics, number theory and geometry. Voevodsky has made major progress towards making Grothendieck's vision a reality, by applying the theories of topology to algebraic geometry.

The work of both medallists may have great impact on future mathematics, by making available powerful machinery from particular areas of mathematics to researchers working in other areas.

The Fields medals were proposed by the Canadian mathematician John Fields to "recognise both existing mathematical work and also the promise of future achievement". To this end they are awarded to mathematicians under the age of 40. There have been 43 recipients since they were inaugurated in 1936. Given that Lafforgue is only 35 and Voevodsky just one year older, we can expect that their best work is yet to come.