The 2005 Nobel Prize in Economics has been awarded to the two game theorists Robert Aumann, from the Hebrew University of Jerusalem, and Thomas Schelling, from the University of Maryland and Harvard University. The two will share the £723,000 prize for their independent contributions to the understanding of conflict and cooperation.

Game theory, as a mathematical subject, is unusual in that it has direct applications, not only to economics, but to such un-mathematical fields as politics and the social sciences. Its foundations were laid in the 1940s by John von Neumann and Oscar Morgenstern, and later considerably advanced by Nobel laureate John Nash, among others. In the 1950s and 1960s, with the two superpowers locked in the Cold War and growing international capitalism, the need for a rigorous study of strategic behaviour in situations of conflict became more and more pressing. It was in this climate that Aumann and Schelling did the bulk of the work they are being honoured for.

Both Aumann and Schelling took the basic ideas established by their predecessors and extended them to more complicated games which reflect real-life situations. Their work had a direct impact on the understanding of the dynamics of the nuclear arms race, and the current understanding of conflict and cooperation in economics and the social sciences is to a large extent based on their work. 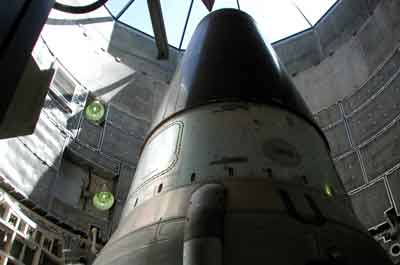 One of the central ideas of game theory is that of a Nash Equilibrium. This consists of a set of strategies, one for each player, that are in perfect accordance with each other: no player has anything to gain by changing his or her strategy.

Aumann's work focuses mainly on repeated games, and the idea that if a player knows that the opponent will have to be faced again, then he or she may well choose a different strategy than in a one-off encounter. Strategies that form equilibria in one-off games may be very different from those forming equilibria in repeated games. This is illustrated very well by the famous Prisoner's Dilemma. Two people have committed a crime and have been arrested by the police. Since the police do not have sufficient evidence to convict the two, they separate them and offer each the following deal: you can betray your partner in crime or remain silent. If you betray and the other remains silent, then you walk free and your partner goes to jail for the maximum term of 25 years. If both you and your partner betray each other, then each gets 5 years. But if both you and your partner remain silent, you only get one year each.

In this one-off situation, assuming that both prisoners are completely selfish, a Nash equilibrium would consist of both prisoners betraying. Given that each prisoner doesn't know what the other one is going to do, betrayal is the best option, yielding either freedom or the comparatively low sentence of 5 years.

But this equilibrium is not an optimal strategy for the two as a pair. If they both remained silent, they'd minimise the overall jail term to two times one year. If only they could communicate and agree on what to do. The dilemma lies in the fact that the best strategy on an individual basis is different from that which guarantees the optimal outcome for both. But things change when this situation arises again and again. In that case, each prisoner knows that a betrayal may be punished by the other in the future, and furthermore can base decisions on the past behaviour of the other. In this case, as Aumann showed, the strategy "both remain silent" emerges as an equilibrium.

Aumann's main result on repeated games is much more general than that. For infinitely repeated games, it exactly describes which strategies of the "core game" are equilibria of the repeated game, and also considers equilibria which arise when groups of players form alliances, or gang up against each other. He also extensively studied strategies which prevent players from deviating from an equilibrium, because they ensure that such deviation is punished by other players. 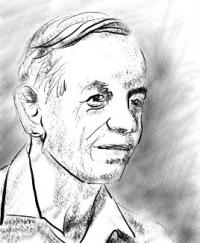 Between 1965 and 1968, in collaboration with Michael Maschler and Richard Stearns, Aumann applied his mathematical techniques to the dynamics of the nuclear arms race. Today, the theory of repeated games has branched off into lots of different directions, with people investigating games with realistic constraints, like players' nervousness or imperfect memory.

Perhaps the most important lesson to be learnt from Aumann's theory of repeated games is that cooperation improves with repeated interaction within a long time frame. Many conflicts, economical as well as political, originate in a lack of information coming from infrequent contact between the parties, and the pressures and freedoms that come with short-term interactions. Frequent interaction could help resolve many a conflict, in fact Aumann hopes that his work can play a part in resolving the conflict in the Middle East.

Thomas Schelling comes from an economical background, and his work is a lot less mathematical than Aumann's. In fact, Schelling believes that experimental psychology has a major part to play in game theory, and famously said that formal thought is as unable to provide insight into certain games as it is to prove that a joke is funny.

As was the case with Aumann, Schelling's work was set against the background of the nuclear arms race. His study of games in which players have common as well as conflicting interest applies particularly to this situation, since two countries that oppose each other when it comes to economical and ideological matters, may still both want to avoid war. The idea that the opposing country could best be deterred from striking first by the threat of forceful retaliation was hotly debated at the time. Schelling contributed by showing that the power to retaliate can be more effective that the ability to withstand attack, and proved that uncertain retaliation - keeping the enemy guessing - may preserve peace more effectively than the threat of certain retaliation. He found that although two countries mobilising for war can reach a "balance of terror" which actually prevents war, this equilibrium is dangerously unstable, and can easily be ignited into war.

Another reason why uncertain retaliation is effective is that a country can gradually increase its commitment to retaliation as the other country remains relentless or even becomes more aggressive. This makes the threat of retaliation credible in the eyes of the aggressor, and gives it a chance to gradually step down its aggression without becoming vulnerable or losing face, thus reducing the overall probability of war.

The concept of credibility is an important one in Schelling's work. He points out that worsening your own position, for example by making promises that would be embarrassing to break, can enhance your credibility and encourage other players to make concessions.

A principle of piecemeal "credible commitment" applies when two mutually mistrustful parties want to contribute to a common cause. The party who is due to commit first makes itself vulnerable if it commits completely, but if both parties take turns in committing a little, the situation can be resolved in a harmonious fashion. This, as Aumann's work, suggests that frequent interactions on a long-term basis can improve cooperation, and Schelling even suggested that relationships between individuals, countries or companies could improve if operations or negotiations are split up into many small steps. In recent years, Schelling has applied his techniques for conflict and cooperation to the dispute between countries about environmental policies.

Schelling and Aumann both made major contributions to the same field, but coming from different backgrounds and using different methods. The combined body of their work puts game theory at the heart of social, political and economical studies.