David Spiegelhalter, also known as Professor Risk and a good friend of Plus, has won this year's Michael Faraday Prize and Lecture for communicating key concepts from statistics and probability theory to the public. The Prize and Lecture are awarded annually by the Royal Society to scientists or engineers whose expertise in communicating scientific ideas in lay terms is exemplary. And in Spiegelhalter's case, they have been awarded in particular for work relating to the COVID-19 pandemic. 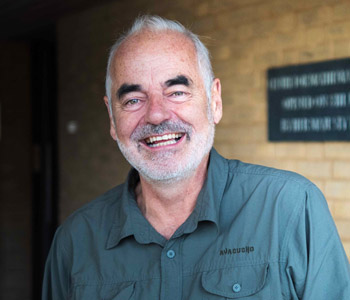 "It's a great honour, it really is," says Spiegelhalter. "If you look down the list of people who have won the Prize in the past, it includes all the people in science communication I admire greatly. And being in the same list as David Attenborough is something we can all just dream of."

Spiegelhalter's job during the pandemic has been about helping people interpret the statistics and urging caution. "[My media work] has been explaining basic stuff about what the numbers actually mean — for example what is a COVID death? — and the caution we should have about making naive interpretations of the numbers that we hear."

With a pandemic the statistics have meaning for each of us individually, but they also have a global character. Spiegelhalter's work has spanned that spectrum, explaining the risk that COVID-19 poses to individuals, especially how quickly it grows with age, but also looking at those international comparisons that held us in thrall at the beginning of the pandemic. "[There is a] real difficulty in evaluating the effect of interventions, such as face masks, and therefore in making comparisons between countries, and in particular saying why there have been differences between countries," he explains. "In a way, a lot of what I have done has been critiquing claims that others have made."

Crucially, Spiegelhalter's critiques don't imply opinions on policy. "I don't comment on what the correct policy is," he says. "Policies need to be political decisions that are politically accountable. It's not a scientist's, and least of all a statistician's job to recommend what the policy should be. I think that many other scientists should stick more to the science and less to the advocacy."

Spiegelhalter's work has been about putting simple mathematical ideas in context, rather than explaining sophisticated concepts and methods. "Proportions are the main mathematical insight [one needs to understand]," he explains. "But I have also [explained] trends, exponential growth, the idea of doubling times, rates in the population, and so on."

What we still need to learn

By now most of us probably have some grip on the central ideas of the statistics of disease. The famous reproduction number R, and things like the growth rate of a disease, are now household concepts. But Spiegelhalter says that there are also still things that aren't well understood by the public. 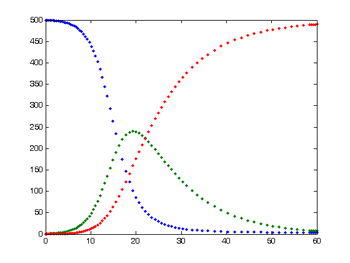 This is the typical output from a simple epidemiological model (find out more here). The number of susceptible people is shown in blue, the number of infected in green, and the number of recovered in red. Such models are always based on specific assumptions, which need to be communicated when model predictions are presented.

"One problem are model-based projections," he says. "No matter how many times somebody says that these represent only possible scenarios, afterwards critics will say, 'this didn't happen, and therefore everything was wrong.' But scenarios are just possible futures under various assumptions, and those assumptions may very well soon prove to be wrong." This doesn't mean that modelling is pointless. Good mathematical models offer the best way of exploring what might happen — but one has to keep in mind that they don't deliver sure-fire predictions. (You can find out more about epidemiological modelling here.)

Another area Spiegelhalter thinks is still poorly understood are false positives and false negatives of diagnostic tests. "This [area is] is very counter-intuitive - the idea that a test may appear to be rather accurate, in terms of its sensitivity and specificity, and yet can make a lot of false claims. There should be a lot more education on that."

Getting the message right...or wrong

Some of the lack of understanding, Spiegelhalter believes, is down to bad communication, something of he admits he's been guilty of himself. "I've made various mistakes and been misunderstood," he says. "For example, about six months ago I said that your risk of dying from COVID-19 is the same as your risk of dying this year." Many people thought this meant that COVID-19 makes no difference to your baseline risk of dying this year, when really what it means is that your baseline risk is doubled. "It hadn't crossed my mind that anyone would interpret it like that. That just shows I didn't test my message well enough, so it was my fault."

Spiegelhalter has also been roundly critical of the government briefings. "At the briefings the communication is clearly not in the hands of the scientists," he says. "These are political communications to justify the actions that are being proposed. For example, at the briefing announcing the second lockdown there were some awful graphs, which were rushed through and which were making things look rather frightening, but which were out of date even by the time they were shown. These only represented possible worst-case scenarios anyway."

As he stresses again, Spiegelhalter's criticism here doesn't mean he's against a second lockdown, but simply that information needs to be communicated carefully. Especially when model predictions are concerned, he believes that both government and some media coverage have neglected the first rule of communication: that no prediction should be presented without stating clearly the underlying assumptions, and that you shouldn't pick a single scenario out of various possible alternatives in order to make a point.

Government communications are one thing, but what about the actual data put out by the Office of National Statistics and Public Health England? Spiegelhalter believes that trust in these figures is still high and that the two authorities have done a great job at making them so easily available. It has allowed thousands of people to become "armchair statisticians", engaging with real-life statistics from scratch for the first time. And the importance of the data makes the case for better education. 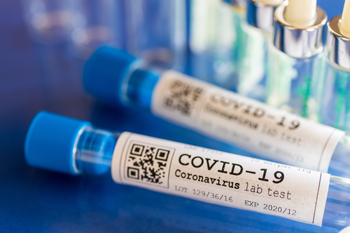 Greater data literacy would help people navigate the data jungle, for example gaining a better understanding of false negatives and positives of tests.

"There's a huge need for what you might call data literacy among the whole population, and that means schools, politicians, the media, and the general public," Spiegelhalter says. "That's something I feel deeply committed to, and I hope that it'll be a long-term impact of this crisis."

Journalists in particular face a difficult task when it comes to reporting statistics, and not just about COVID-19. All statistics regarding our health are important to report, and make great headlines, but research papers can be hard to read, and can even contain misleading claims.

Helping journalists is one of Spiegelhalter's aims. He works with the Science Media Centre, and has also just released an exciting new app designed with his colleagues at the Winton Centre. RealRisk allows anyone needing to communicate research findings to put in measures of relative risk they have seen in a research paper (such as "your risk of cancer is doubled when eating this particular food") and get clear representations of the corresponding absolute risk ("when eating this food your chance of getting cancer is increased from x% to y%"), which is what you really need to know to properly understand the risk. (To understand why, note that the scary-sounding doubling of a risk can correspond to a tiny increase if your baseline risk is small to start with — two times 0.00001 is still only 0.00002. You can find out more in this article.)

"I'm really delighted with the app," says Spiegelhalter. "We are currently making short videos explaining some related issues, such as correlation not implying causation, and these will be out soon."

Coming back to COVID-19, one thing that's clear is that many challenges still await. One example is some people's fear of new vaccines, often fired up by misinformation. Spiegelhalter has no time for conspiracy theorists (people who cherry pick their evidence aren't worth engaging with, he says) but he is aware that there's a body of people open to influence from many directions. Here he believes in what the psychologist Sander van der Linden has called pre-bunking. "You have to provide an alternative to [false] narratives that is interesting and engaging, but also balanced and reasonable," he says. "[You need to] pre-empt misunderstandings, and that means getting in there hard, and getting in there now, with a counter-campaign. We need forceful, energetic, and pro-active countering of misinformation."

With hopes for a vaccine on the rise, there's a good chance you'll soon hear Spiegelhalter in the media, answering related questions in his calm and reassuring way. Or if you don't want to wait until then, you can watch his Faraday Lecture on the Royal Society website.