Maths for the broken-hearted 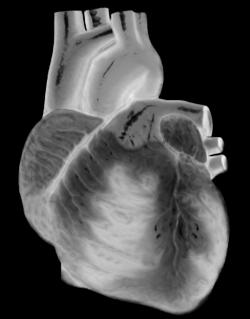 You take care of yourself - you eat right, don't smoke, drink in moderation and keep fit - but have you considered maths as a secret weapon in keeping you and your heart healthy? Dr Adelle Coster, a mathematician from the University of New South Wales, Australia, has just been awarded a three-year research grant to develop a mathematical description of how our hearts beat - a description that might one day save otherwise fit and healthy young people from dying unexpectedly of cardiac arrest.

We have natural pacemakers in our hearts that keep them pumping - the primary one is called the sinoatrial node. This generates a regular electrical impulse that is carried around a pathway of conductive tissue, causing our hearts to pump in a normal, regular rhythm. If our natural pacemakers stop working properly, abnormal heart rhythms called arrhythmias result. In serious cases, arrhythmias can lead to sudden cardiac arrest, which can be fatal if the victim doesn't receive treatment within minutes. And this is not just a danger for the old or unfit - experts believe that up to eight otherwise healthy young people (under the age of 35) die suddenly each week in the UK of cardiac arrest (for more information see Cardiac risk in the young and Sudden arryhthmic death syndrome).

"In this study, we are interested in how different areas of the heart communicate", says Coster. "We describe each area of the heart (for example the primary pacemaker, the sinoatrial node) by its state, or how active it is - causing a muscle contraction, recovering, etc. This is due to the underlying chemical state of each of the cells in that region."

Each cell in the heart can be thought of as a small "bag of chemicals", Coster explains. Valves in the membrane or "bag" around the cell open and shut to allow particular chemicals in and out, and the operation of these valves depends on the difference in concentrations of chemicals (and thus the electrical potential) between the inside and outside of the cell. "Each change in one cell affects its neighbours, and in this way information about the chemical and electrical state of the cell is transmitted in the system of cells that make up the heart." Because of this interdependence between neighbouring cells, Coster is using coupled differential equations to describe the process, and the chemical and electrical state of cells at any time. (You can read more about coupled differential equations from the University of British Columbia and from Northwestern University.)

The underlying chemical state of cells in a region of the heart determines how active that region is, and changes in the state of a region affect the state of its neighbouring regions. The resulting patterns of activity describes the heartbeat, says Coster, and can be modelled at this larger scale again using coupled differential equations (though different ones to those describing the cellular level).

"We are hoping that incorporating knowledge of the cellular system into a more abstract model of the different regions and their connections can shed some light on the patterns of activity in the conduction pathway around the heart," Coster says. She and her colleagues plan first to concentrate on normal rhythms, and then, once they have a good dynamical description of those, to perturb their model in order to try to "identify precursor patterns of activity that may be early indicators of arrhythmias to come".

The work could be used to detect early warning signs in people with heart disease who are being monitored by an implanted pacemaker or in hospital. But Coster also hopes that it might even help save those people who have had no sign of heart problems - yet. "Many young fit men experience sudden cardiac death, with no warning," Coster says. "Often, however, these fit people also put themselves through cardiac assessments for fitness at their gyms." Although it is early days in their study, Coster hopes that, in the future, such precursor patterns of activity might be detectable in routine cardiac assessments, and could prompt early intervention that might prevent sudden cardiac arrest.