Remembrance of numbers past 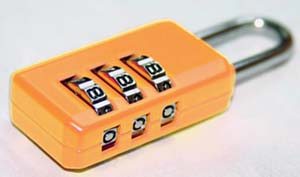 Now what was that number again?

In March 2004, Daniel Tammet from Kent set a new European record when he recited

from memory to 22,511 decimal places. It took him five hours to complete the task, yet he had barely made it halfway to the world record of 42,195 digits set by Hiroyuki Goto of Japan in 1995.

How do people pull off incredible (if rather pointless) memory feats like this? And is there anything we can learn from them when it comes to more practical needs for memorising numbers - like remembering the code on your padlock, or the PIN for your cashpoint card?

Memory is fundamental to the way you think, and you use it in almost every activity. You need memory to learn facts and names, but you also need it to acquire a new physical skill or even to tell a joke. Aptitudes vary enormously from one person to the next, but one person's ability to remember will also vary depending on the task. For example, somebody who has a good memory for numbers might be hopeless when it comes to remembering a joke (I speak from bitter experience here).

Where does the particular aptitude for remembering numbers come from? For reasons that I will explain in a moment, mathematicians are generally better equipped to remember numbers than other people, but it is certainly not essential to be a mathematician to have an exceptional ability in this area. 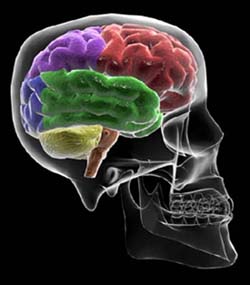 For example, Daniel Tammet puts his remarkable ability to memorise sequences of digits down to the way that he "sees" numbers as colours and images. To him,

is not an abstract set of digits, but instead it appears almost as a story or a film projecting in front of him. Tammet has a rare but well-documented syndrome called synaesthesia, in which the stimulation of one of the senses triggers a reaction in other senses too. Synaesthesia manifests itself in different ways, but in some people it means they get multiple sensory reactions when exposed to numbers. A famous Russian "memory man" called Shereshevsky described how, to him, the number 2 always appeared as a dark rectangle. I came across another person who always links the digit 4 with the taste of a tomato. To those on the outside, there appears to be no logic to these associations.

Synaesthetists have a natural advantage when it comes to memory because the brain is more likely to record something in the long term when it ties in with the senses. An event or an object is more memorable when it has sounds, pictures, texture and particularly smell associated with it. 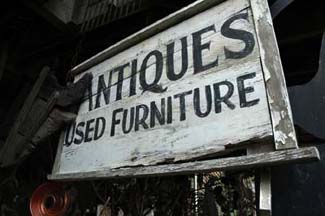 This way for memories

Like most people, you have probably had the odd experience of smelling, say, an old piece of furniture and being reminded of something that happened to you in the distant past. Smell has a particularly strong connection with memory, perhaps because the part of the brain that deals with smell is close to the hippocampus, which is where it is believed long term memories are formed. If you deliberately surround yourself with a particular smell when trying to memorise something, that smell is likely to help trigger the memory later when you need to recall it.

This link between memory and the senses is the basis of some of the memory techniques that are described in study-aids. One method that is often suggested for remembering numbers is to associate each digit with a rhyming word.

One is bun,
Two is shoe,
Three is tree,
Four is door,

and so on. The idea here is that an abstract number is turned into a tangible object, with all its associated images and sounds. If I wanted to remember the number 24, I could instead remember it as "shoe-door" and picture myself kicking down the front door (this image comes very readily to mind for some reason). The theory is that the memory of the kicking of the door will be retained for much longer than the number 24, so when I try to remember the number in a week's time, I will immediately think of the image and simply convert it back to the number I was trying to think of. 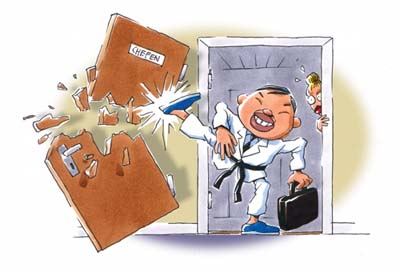 It can be a helpful technique for remembering small numbers, but it becomes incredibly cumbersome if you need to remember a number with several digits. 1492 becomes bun-door-wine-shoe. I'm struggling to picture the appropriate bread-throwing incident at Oddbins that would be needed to memorise this sequence. There must be a better way...

The mathematical approach to remembering numbers

Most people who are good at remembering numbers aren't so because of any sensory experience. It is much more likely to be because numbers have meaning for them. Mathematicians have a strong advantage here, because regular exposure to numbers means that the properties of numbers become familiar.

Show a mathematician the number 4832 and the chances are that they will immediately register what sort of number it is (four digits, divisible by two). Sometimes mathematicians can't help playing with the number, too. In this case, you may have found yourself saying 4832, four eights are thirty-two. This sort of play helps to give the number meaning, and to make it memorable.

There have been famous examples of this urge to play with numbers. Alexander Aitken was a professor of mathematics at Edinburgh University whose memory was renowned. He once commented:

If I go for a walk and a motor car passes and it has the registration number 731, I cannot but observe it is 17 times 43. ... When I see a bus conductor with a number on his lapel, I square it ... this isn't deliberate, I just can't help it. ... Sometimes a number has almost no properties at all, like 811, and sometimes a number, like 41, is deeply involved in many theorems that you know. 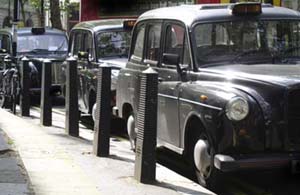 Now, which one is has the most interesting number?

One of the most famous examples of remembering numbers because of their mathematical properties is the story of the mathematician GH Hardy who was visiting his friend Ramanujan in hospital. Hardy had come by taxi, and after greeting Ramanujan, he apologised. "My taxi number was 1729," he said, "I'm afraid it was a bit dull." "On the contrary, 1729 is most interesting," said Ramanujan. "It is the smallest number that is sum of two cubes in two different ways." (For the record, 1729=123+13, or 103+93.)

Often, the patterns and meanings behind numbers will stick in the mind without effort, but if they don't, they can be the basis of a method for deliberately memorising a number. You might use them for remembering a PIN or a phone number, but they can apply to longer numbers too. For example, have a go at remembering this number. Give yourself about ten seconds:

If you try to learn it by rote, you will probably struggle. Short term retention of a number is normally limited to seven digits. Any more than that, and you are unlikely to remember more than the first few digits. (In the above example, most people remember 15222 easily, but after that get increasingly muddled).

But now put on your mathematical hat. Can you spot a pattern within the digits that will make them much easier to remember? There's probably more than one way to simplify the task here, but there is one particular pattern which, if you spot it, makes the task trivial.

In fact the number can be broken into pairs of digits, 15 22 29 36 43 50 57, each pair being seven larger than the previous pair. Now all you need to remember is the starting number and the rule.

Not all numbers have such convenient patterns behind them, but within every number there are always subgroups of digits that have mathematical meaning. That even applies to

, whose digits are effectively a random sequence.

Here are the first 100 digits of

Most people would not be able to remember this as a sequence of single digits, but the task becomes easier if you pick out clumps of interesting numbers.

For example, the first ten decimal places include the consecutive numbers 14-15, and then 65-35 which add to make 100. Later there is a cluster of even digits, 846-264. These are both simple series with the second two digits transposed (864 has become 846, 246 has become 264). Gradually you can build up a mathematical story that links these patterns together.

This is the sort of approach that professional memorisers use, though they often combine it with other techniques, for example, converting digits into letters which they then turn into words. A common digit-to-letters rule is as follows: 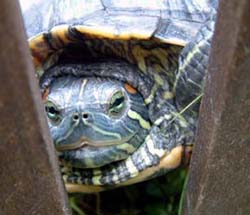 now becomes M-T-R-T-L-P-N-J-L..., and if you insert a few vowel sounds (which don't count as digits) you might come up with, for example, My TuRTLe oPeN JaiL. Picture your turtle opening a jail and, voila, the first nine digits of pi are memorised. Continue this for 42,187 more digits and the world record is yours.

Fortunately, unless you plan to become a memory performer, or decide to pursue some very specialised areas of physics, maths or astronomy, it is very unlikely you are ever going to need to remember

to more than three or four digits. In which case there is a memorable sentence that is all you'll ever need when it comes to recalling this important number: 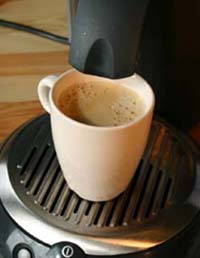 churning out digits of pi

"May I have a large container of coffee."

Count the number of letters in each word of that sentence, and you'll see that the digits of

are revealed to seven decimal places.

In the end, whatever number you want to remember, whether it is

, a historic date or the code of a padlock, the most memorable mnemonics are the ones that you invent for yourself. It really doesn't matter how quirky your approach is. If it works for you, that is all that matters.

Rob Eastaway is an independent lecturer, and a consultant to the Millennium Maths Project. He specialises in the everyday applications of mathematics. His books include "How to Remember", which contains a chapter on memorising numbers. It is published by Hodder & Stoughton, priced £7.99.

Among his other books are "Why do buses come in threes?" and "How long is a piece of string?", both reviewed in past issues of Plus.