Plus leaves the classroom

I first came to Plus as deputy editor in early 2000, having previously been involved with Motivate, another programme of the Millennium Mathematics Project (MMP), of which Plus is also a part. After a year of settling in and a few months off on maternity leave, I took over as editor from Robert Hunt, while he moved across to the newly-created role of executive editor.

My background is in pure maths and this is where my interests primarily lay when I began my work on Plus — in areas such as geometric measure theory, in which I did my PhD at University College London. I had previously taught and undertaken research, but only in an academic environment, and though I had an interest in maths dissemination, had never had the opportunity to explore this interest outside university. At the MMP, I found myself working with a group of like-minded and enthusiastic people who were keen to take maths out of the university — and indeed the classroom. I was particularly impressed by the wonderful Hands-On Maths Roadshow, which does an amazing job of persuading young people that maths is not boring, but rather playful and creative. 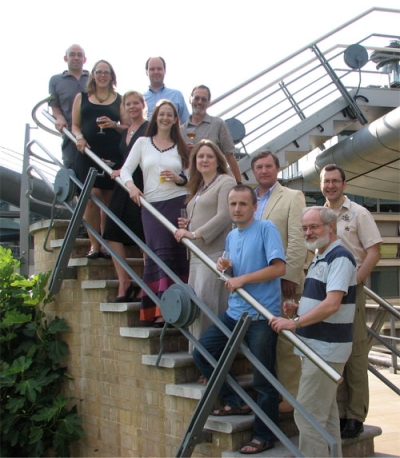 As editor of Plus, I continued the work of broadening our readership beyond school students that had been begun by Robert Hunt. We hoped to produce articles that would be sufficiently interesting to appeal to young people who hoped to study maths at degree level, but would also be accessible to those for whom a maths degree was never an aspiration but who were interested in mathematical ideas nevertheless. It was a tricky balancing act, but a pleasingly steady increase in readership, and a substantially expanded and reliable pool of regular contributors, does, I believe, prove that our endeavours were successful.

So how did we win these new readers? There were some physical changes to the Plus website, the most obvious being a complete graphic redesign by Charles Trevelyan. The result was a site that was both beautiful to look at and straightforward to navigate. Another was the creation of a really valuable archive of all past articles, the fruit of a tedious — but worthwhile — summer spent trawling through past issues and making sure all the hyperlinks worked and there were no inexplicable gaps, and adding searchable keywords to every article so that readers could more easily follow up on topics that interested them.

We also started to offer readers more content, more often, moving from a schedule driven by school timetables with three, termly, issues a year to coming out every two months with a single-issue gap over the summer holidays. Rachel Thomas, the news editor and now one of the joint editors of the magazine, started writing a newsletter sent out to everyone on an ever-growing mailing list. She also undertook to keep the rolling news on the site up-to-date, adding new stories every two weeks as a means of getting our readers to visit more often than simply once every issue.

The development I think I am most proud of, though, was based on our archive of career interviews. In line with our aim of broadening our scope, we attempted to introduce our readers to a much wider range of possible careers than they might previously have considered as having a mathematical grounding. The idea was to show that a certain level of mathematical skill was valuable in almost every imaginable career choice and that it wasn't necessary to study for a PhD in maths — worthwhile though that certainly could be — in order to be a mathematician. Whether you took maths at degree level, or even just kept it as far as A-level, a strong numerical background was an invaluable tool for any career.

The point we wanted to make was to show that no matter how far you went with your maths education, you would always be glad you had travelled that path. And we carried this theme — that maths opens doors — over into a set of three careers posters which were created in order to advertise our back catalogue of career interviews and which were sent out to every school in the country. Designed by Charles Trevelyan to match the style of the Plus site, they proved to be a popular addition to many classrooms and were even featured in an episode of Doctor Who.

On a more personal note, working on Plus marked a crucial turning point in my own career path. It was while I was editor that I switched from being primarily a mathematician to being primarily a communicator. One of the things that attracted me to the MMP in the first place was the fact that here was a group of mathematicians, working within the university, but who were taking maths outside into the wider world — preaching to the uncertain, let's say, rather than to the converted. 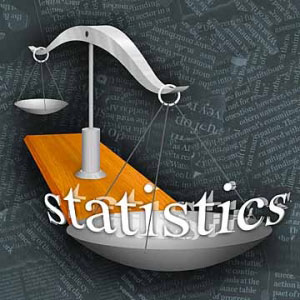 Helen developed an interest in the politics of numbers while working at Plus. See, for example, her article Beyond reasonable doubt.

After editing Plus for about two years, I decided to change to working part-time for the MMP so that I could also edit a new quarterly magazine, Significance, for the Royal Statistical Society. I have become fascinated by evaluating and communicating evidence in fields as diverse as medical drugs testing, value-for-money in government spending, crime and road-traffic-accident rates, and educational league tables. So many pitfalls await the unwary — how to communicate and evaluate risk and uncertainty, how to explain seeming paradoxes, how to avoid the common pitfalls of ignoring regression to the mean or misleading people by inadvertently using an inappropriate summary measure? From having been a very pure mathematician, I had started to become more interested in the business of counting — if you like, the politics of numbers.

Which is how I have ended up in my current job, as a journalist at The Economist. The sample piece I wrote when I applied for the job — the closing date for which was the day after the 2005 British general election — concerned the uncertainties inherent in any attempt to predict which party would win, many of which come down to the difficulties of carrying out reliable polling. It must have done the trick, because they hired me as education correspondent, and said they thought I'd be useful in interpreting government statistics.

Sadly, I rarely get to write nice pieces about maths and its applications these days, but I still get to use the training I received from my mathematical education — and from my time on Plus and Significance. As I write I have just filed two pieces for the paper, one on a new system for offering NHS patients greater choice of where to have their treatment (which meant understanding the perverse incentives caused by performance monitoring and just what is so bad about league tables) and another about claims that the billions the government has spent on pre-school education over the last ten years have been wasted (evaluating evidence and understanding the difference between high-stakes national tests, which are prone to grade inflation, with low-stakes sample ones that can't be coached for).

I still read Plus regularly, and stay in touch with both the editors and many of the contributors I had the pleasure of meeting while I was worked on Plus. I sincerely hope I can still say all this when the magazine is celebrating another ten years. It is a very special publication.

Helen Joyce was editor of Plus between 2000 and 2005 and now works as education correspondent for The Economist.

Read more about...
mathematics education
mathematics in the media
plus birthday
Tweets by plusmathsorg