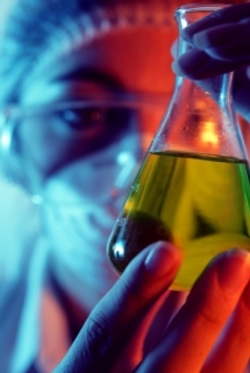 Mathematics has not traditionally played a huge part in medical and biological research. Conventional approaches to the biomedical sciences rely mostly on verbal reasoning rather than mathematical description, and the role of maths has been restricted mainly to the use of statistics in drug testing. The conventional approach works fine as long as mechanisms with only a small number of components are considered, but in recent decades it has become clear that most diseases involve large and complex networks of interacting agents.

The functioning of a cell, for example, is regulated by a network of genes which communicate via proteins, and diseases like cancer or diabetes are results of disruptions of these communication networks. Disorders of the central nervous system, including schizophrenia and Parkinson's disease, require an understanding of the vastly complex networks of neurons in the brain. And while the cellular and neural events implicated in these diseases take place in a matter of seconds or minutes, the progression of the disease itself can take years. Understanding a disease involves understanding dynamic interactions between many components on different timescales — as the scientists put it in their report, "The spatio-temporal dynamics of the system as a whole are of such complexity that their understanding challenges conventional approaches and makes mathematical modelling a necessity."

Mathematicians have long been interested in dynamical systems and, especially over the last few decades, have come up with powerful tools to describe complex interactions and networks in crisp and clear mathematical terms. Systems biology combines these theoretical methods with high-powered computational techniques, and uses them to gain insight into biological processes. It allows researchers to create routemaps of important networks and mechanisms, and to simulate their behaviour on computers. Using these computer models, they can discover hidden patterns and perform virtual experiments that would otherwise be unethical, unfeasible or even impossible. As a result, researchers can gain new insights into the origin and progression of diseases, diagnose them earlier and develop new and more personalised treatments. In future, mathematical modelling may even provide alternatives to animal testing. 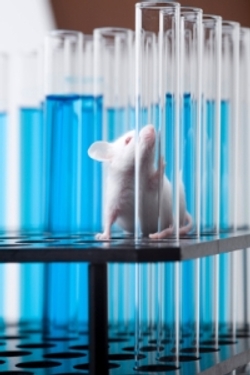 Not just beneficial for humans: the mathematical approach may spare lab animals their ordeal.

Systems biology is a relatively young field, but, as the authors of the report put it, it "has recently shown signs of moving from hype to hope". They highlight several successes of the mathematical approach, including a recent virtual model of the human heart, which has resulted in a treatment for chronic angina, and a mathematical model which predicts the response of the HIV virus to combination therapy. Probably the most famous breakthrough in systems biology came as early as 1952, when Alan Lloyd Hodgkin and Andrew Huxley used differential equations to describe the nerve impulses that allow an organism to be controlled by a central nervous system. They were awarded the 1963 Nobel Prize in Medicine for their work.

Looking to the future, the report identifies several areas that particularly lend themselves to the mathematical treatment. They include aspects of cancer research, inflammatory diseases like asthma and rheumatoid arthritis, as well as diabetes, drug addiction, and even the functioning of the biological clock which regulates our responses to the solar day and is hugely important to all aspects of our health. A major challenge for the future is the creation of a large database of high-quality quantitative data. To be realistic, mathematical models need to be based on and tested against real-life biomedical data, but such information is hard to come by. Small research teams in particular often lack the funds and time to generate it themselves. The report therefore recommends the creation of interdisciplinary centres housing advanced technologies, for example for DNA sequencing. The information generated in these centres should then be stored in a standardised format and be accessible to all researchers as a basis for their mathematical models.

But mathematics has more to offer than just the technical tools to cope with dynamical processes or chomp through vast amounts of data. "Modelling necessitates the statement of explicit hypotheses," the authors write, "a process which often improves our understanding of the biological system and can uncover critical points where understanding is still poor. Theoretical thinking and mathematical modelling can [also] create new hypotheses that can be tested in the laboratory." Systems biology is not only about introducing new techniques to the biomedical sciences, but also about introducing new ways of thinking. Mathematics is not so much about juggling numbers and equations as it is about spotting the patterns and rules that drive complex processes. As the population scientist Joel E. Cohen put it, "Mathematics is biology's next microscope, only better."