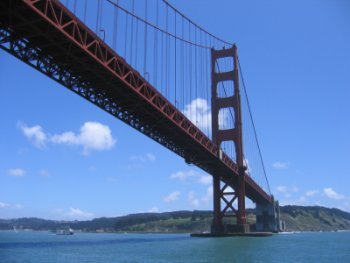 The Golden Gate Bridge in California

One of the great human engineering achievements has been the construction of great bridges to span rivers and gorges that would otherwise be impassable. These vast construction projects often have an aesthetic quality about them that places them in the first rank of the modern wonders of the world. The elegant Golden Gate Bridge, Brunel's remarkable Clifton Suspension Bridge, or the Ponte Hercilio Luz in Brazil, have spectacular shapes that look smooth and similar. But what are they?

Many mathematicians might, at first sight, suspect that these bridges follow the catenary shape of a hanging chain discovered separately by Gottfried von Leibniz, Christiaan Huygens, David Gregory and Johann Bernoulli, in 1691, following a challenge problem being set by his brother Jacob Bernoulli a year earlier. 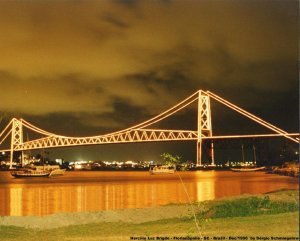 The Ponte Hercilio Luz in Brazil

However, there is a big difference between a hanging chain and a suspension bridge like the Clifton or the Golden Gate. Suspension bridges don't only have to support the weight of a single chain suspended from two points. The vast bulk of the weight to be supported by the suspension bridge cable is that of the flat deck of the bridge itself. If the deck is horizontal, with a constant density and cross-sectional area all the way along it, then the weight per unit length of bridge will be constant. The weight of each section is supported by the tension in the cable above it. Suppose the shape of the supporting bridge cable is some curve y(x) with its lowest point at the origin, where x = 0 and y = 0, located in the centre of the bridge. What is this curve's shape?

The slope of the cable at any point is just given by the ratio of the weight below it (which is equal to the weight per unit length times x) divided by the tension in the supporting cable. But this slope is also equal to the derivative dy/dx. Hence, equating the two, and integrating x with respect to dx, we have the equation of a parabola with the lowest point located at x = 0 and y = 0. The equation for the shape of the suspension cable is now found to be a parabola y = x2/2B, where B is a constant equal to the tension divided by the weight per unit length of the bridge deck (see if you can fill in the details for yourself). 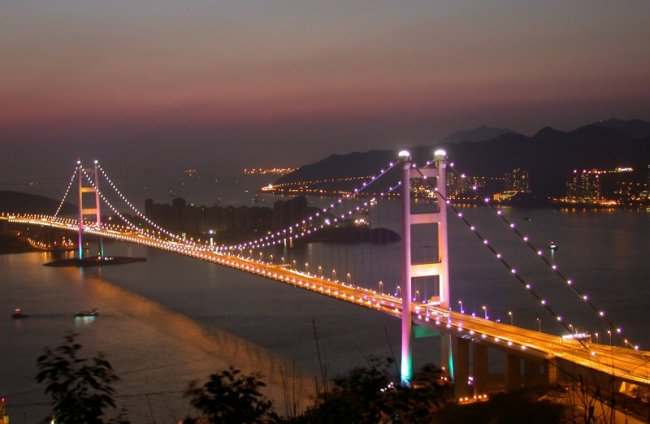 Here in England, one of the most remarkable engineering feats of the nineteenth century was the Clifton Suspension Bridge in Bristol, designed by Isambard Kingdom Brunel in 1829, but only completed in 1865, three years after his death. It spans 214 metres and is 21.3 metres high. Can you work out its equation? 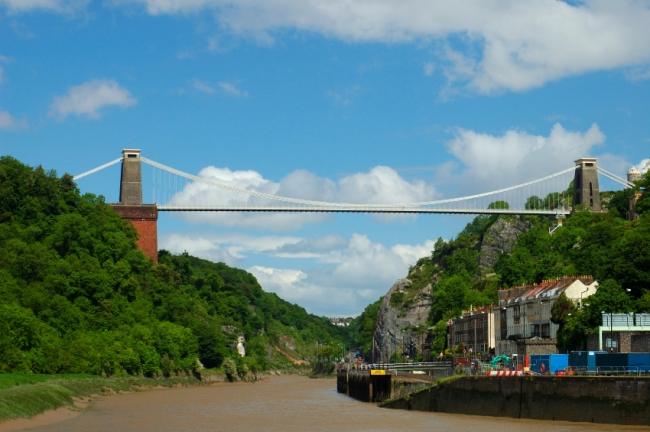 The Clifton Suspension Bridge in Bristol

Did you manage to answer the puzzle posed in Outer space: Superficiality? If not, you can find the answer here!
Read more about...
quadratic equation
engineering
outerspace
Tweets by plusmathsorg