Plus Advent Calendar Door #23: Are the constant of nature really constant?

Some numbers we can rely on. Like the speed of light, which never changes, or the gravitational constant, which describes the strength of gravity. But are these numbers really constant, or do they change without us noticing? Back in 2009 we asked our boss, John D. Barrow, these questions and here is what he said. (You can also listen to his answer in our podcast.) 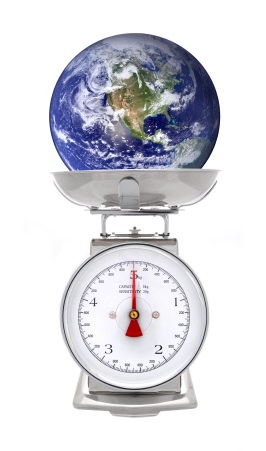 Our units of weight, distance and time depend on human choice and therefore are not universal.

First of all you have to decide what those constants are. If you pick the wrong quantities and believe that they are constants, then the fact that you find them to vary later on won't tell you anything except that you'd made the wrong choice. Physicists have had a long time to try to decide, both observationally and then on the basis of their theories, what things in nature they should regard as absolutely unchanging — the fundamental features of the Universe. These are, perhaps, not some of the things you might have thought.

Who decides what is constant?

We are used to all sorts of constants and standards in every day life, the quality of a rubber tyre, or the standard wire gauge — there are many of these supposedly unchanging quantities in ordinary and industrial life. Most of these grew out of the industrial revolution in the nineteenth century, when there was a huge increase in manufacturing. At that time there was a famous Irish physicist called George Johnstone Stoney, who became the vice-president of the Irish Academy. He was well known for many achievements, in particular for predicting the existence of the electron, and he even gave the name to that particle before it was discovered. Stoney was asked to chair a panel at a British Association for the Advancement of Science meeting to try and decide on a system of units which would handle all the industrial quantities that were springing up at that time. He surprised everyone by coming up with a system which he called natural units.

The Planck unit of mass is defined by

is the speed of light and

is Newton's gravitational constant. The Planck mass is equal to

grams, or about the weight of a fly's wing. The Planck units for length and time, defined respectively by and are much tinier numbers:

seconds. You can imagine the Planck length as the final size of an A4 piece of paper cut in half about 114 times. The smallest measured period of time is still around

Stoney pointed out that we shouldn't worry about things like inches, or metres, or seconds. Rather we should look to the so-called constants of nature, for example the gravitational constant, the speed of light, and of course the constant Stoney himself had introduced, the charge of the electron. Stoney realised that if you juggle these constants around in the right way, you can make quantities that have units of length, mass and time, and these Stoney called natural or fundamental units. These units don't depend on human choice, rather they are defined by the nature of electromagnetism, or of light and gravity. Today we use similar units in physics and cosmology, called Planck units. They're only very slightly different from Stoney's units, but they are based on exactly the same idea.

But what one has to worry about today is of course whether those quantities like the speed of light, the charge of an electron, Planck's constant, or the mass of the electron, really are constant. All these quantities have units. The unit of the speed of light is distance per time, i.e. metres per second. The mass of the electron is measured in grams, and so forth. If you ask whether those quantities change in time you have to worry about the units in which you are measuring them. If all speeds are changing, or all lengths are changing, or all times are changing, then it might be rather hard for you to decide whether the quantities measured relative to these speeds, lengths and times are also changing. So in practice it's a good idea to focus attention on what physicists call dimensionless constants — quantities that don't have any units.

But could it be that they are actually not constant but changing? To find out read the full version of this article.