The Plus website is currently undergoing a few changes which we hope will improve the site. The first stage that has just been released is a new look for the home page, the archives and our information pages. However, all the magazine content will still appear in the old style.

More changes are planned over the next few issues, as we gradually move all of the content on our site over to the new style. The new style has been tested on:

Please let us know if you have any problems viewing any part of the Plus site by emailing us at plus@maths.cam.ac.uk. 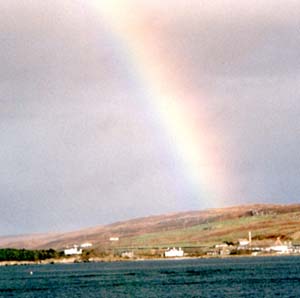 More beautiful when you understand it?
image freeimages.co.uk

With his 1959 talk, "The two cultures", C.P. Snow unleashed a wave of commentary on the split between the sciences and humanities - does this split exist; is it inevitable; what should be done about it; who is to blame for it? Some people side with Keats, who in an early poem deplored Newton's splitting of white light into its constituent colours using a prism, saying that scientists

Conquer all mysteries by rule and line,
Empty the haunted air, and gnomed mine,
Unweave a rainbow...

But others side with Richard Dawkins, who took "Unweaving the rainbow" as the title of a book in which he argues that scientific understanding can, on the contrary, deepen our aesthetic experiences.

But this argument sells science short. It tacitly assumes that, at least so far as our aesthetic selves are concerned, science can be no more than the handmaiden of the arts and humanities. But we need not concede so much, because there is in fact a beauty inherent in science.

It is generally recognised that artists rely on a highly developed aesthetic sensibility to guide and motivate them in their work, but it is far less generally acknowledged that scientists do too. To some extent, scientists collude in this misapprehension. Many, perhaps most, are pragmatic people who deliberately cultivate a down-to-earth, practical image. But, when pushed, most will tell you that they find beauty in what they do; that not only does science deepen their aesthetic appreciation of art and natural phenomena, but that, more fundamentally, science is beautiful in itself. 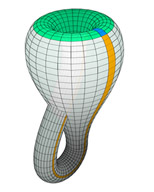 Although enabling nonscientists to experience this beauty is a huge challenge, it is being tackled head-on by Konrad Polthier of the Technical University of Berlin, in Imaging Maths, a new Plus column. The first article demonstrates an intrinsically mathematical beauty, taking readers "Inside the Klein bottle". Without mathematics we would never have known of the existence of these strange geometries, and although the images are intriguing in themselves, without mathematics their beauty cannot truly be appreciated.

The Keats who spoke of unweaving the rainbow was a young man. He was a little older and perhaps a little wiser when he wrote, in "Ode on a Grecian Urn", that

"Beauty is truth, truth beauty," - that is all
Ye know on earth, and all ye need to know. 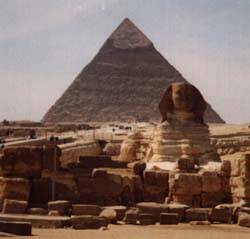 Reader Ian O'Brien from Australia wrote in to say that the puzzle Rolling with money from last issue of Plus reminds him of a problem he heard a long time ago.

A large sandstone block is being moved by Ancient Egyptian pyramid-builders using three logs as rollers. (Assume the logs are identical in shape and size and cylindrical). After the three logs have each made a full rotation, how far has the sandstone block moved?

Do you know the answer?