This puzzle was kindly provided by Christopher Dowden. 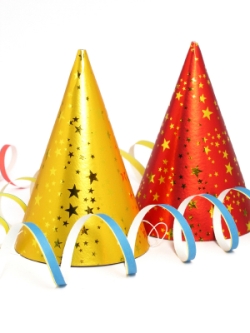 Of course, normal exam regulations will apply, so the students won't be allowed to communicate with each other in any way once they are in the hall. They only know that the colours will be red and yellow, and that all eight possible combinations (RRR, RRY, RYR, YRR, RYY, YRY, YYR and YYY) are equally likely.

Here is a hint

This problem has recently been circulating around universities all over the world. It was written up for Plus in this format by Christopher Dowden, who studied maths at Gonville and Caius College, Cambridge, and then Merton College, Oxford, where he recently completed a DPhil on random graphs. He is currently a postdoctoral research fellow at the University of Canterbury in Christchurch, New Zealand.