A short introduction to the work of Hugo Duminil-Copin 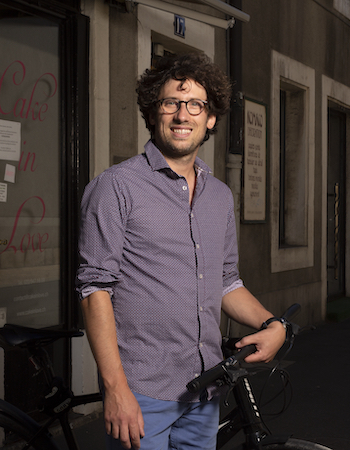 This is an easy introduction to the work of Hugo Duminil-Copin, you can read more of the mathematical details in this article.

Statistical physics offers problems that Duminil-Copin is particularly drawn to: ones that are deceptively simple to state but require new mathematics to solve. One example was one of the first conjectures he learned about when he was a postdoctoral student.

Just how many self-avoiding walks are there? As Duminil-Copin says, the rules are so straightforward a child can do it. There are 3 if your walk is only one step long, 6 if it is two steps long, 12 if it is three steps long. But the complexity of the problem quickly appears with the number of steps taken, and it's increasingly hard to keep track of this number as you try to make sure you never retread your steps. "You realise very quickly that you cannot compute exactly this number, it's a very difficult number to grasp."

In 1980 the statistical physicist Bernard Nienhuis surprised everyone by saying not only was it possible to grasp this number, he gave the answer for how quickly the number of walks grows – conjecturing that the rate of growth of the number of self-avoiding walks of length

steps grows at the rate of almost

"I found it truly fantastic that there is an answer, and it's a really cool number!" Duminil-Copin says. "This was a conjecture I first learned about in my masters class. It's funny because at the time it looked like there was no hope the conjecture could be proved." But prove it he did, by using work he was doing on a seemingly disconnected area of maths. "This is a typical example of problems that we have in our field where you get inspired by many other fields of mathematics and physics. It puts you at the crossroads of many places [and] that is something I like very much."

And this problem isn't just interesting to mathematicians. In the 1940s chemists Paul Flory (who won the Nobel Prize for Chemistry in 1974) and W.J.C. Orr introduced self-avoiding walks as a way to study long chain-like molecules – polymers – and understand how they behave. "It's very related to physical phenomena, for example trying to understand what polymers, such as DNA molecules, are doing. These polymers are self-avoiding [walks] for obvious reasons: they are long sequences of molecules that can't be at the same place."