"Who of us would not be glad to lift the veil behind which the future lies hidden" - so started David Hilbert's 1900 lecture outlining the 23 open problems he challenged the mathematical community to solve in the following century. Elin Oxenhielm from the University of Stockholm probably wishes she had been able to see behind that veil before she spoke to the world's press about her attempt to solve the 16th of these problems. 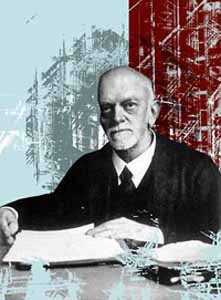 Most of the 23 problems Hilbert proposed in his 1900 lecture have been resolved, and only a few, including the Riemann Hypothesis (Problem 8), remain open. The 16th problem is located in the crossover between algebra and geometry, and involves the topology of algebraic curves. The first half of the "problem" is actually an investigation, so solving the second part - finding an upper bound for the number of periodic solutions to a system of differential equations - is the usual focus of any attack. A solution would not only bring its author prestige, but could also have implications in areas such as the study of blood flow, ecological systems and climate modelling.

Oxenhielm's paper tackled a simplified version of the second part of Hilbert's 16th problem and was accepted by the journal Nonlinear Analysis and published online. In what was an unusual move for a mathematician, but perhaps an understandable one for someone who believed they had made an important contribution to mathematics, Oxenhielm herself sent out a press release which was picked up by the Swedish media, but also by press from further afield, including the BBC.

However, Oxenhielm's paper quickly drew criticism from mathematicians, who said, among other things, that her "proof" involved approximations and did not have the rigour a mathematical proof would require (read more about mathematical proof in earlier issues of Plus). Nature reports that after pressure from the mathematical community, the journal has withdrawn the article, although it still remains available online. "Publication has been halted until a thorough investigation into the matter has been handled," editor-in-chief V. Lakshmikantham told Nature. The paper, along with a defence from Oxenhielm who says that the critics do not understand her methods, is being reevaluated by reviewers.

Academic journals' peer review process is intended to filter out papers that are not of a sufficiently high scientific standard to warrant publication. Papers submitted to journals are sent to experts in the field concerned. If they find problems or mistakes, they may reject the paper or require the author to make corrections before the paper is published.

The review process is essential because humans are fallible and errors can slip through, particularly in complicated proofs. A famous example is Andrew Wiles' first attempt to prove Fermat's Last Theorem, which required a team of reviewers to comb through the 100 or so pages of complex mathematical arguments. They found a gap in the proof, but after another year of work, Wiles was able to correct his proof and convince the mathematical community, and the world at large, that it is now complete and correct.

Oxenhielm's paper, by contrast, was only 8 pages long, and according to mathematicians such as Grigori Rozenblioum from Chalmers University of Technology in Sweden, it was obviously not a satisfactory proof. The incident has raised concerns about the peer review process and the relationship between academics and the media. We can understand better the tendency of many mathematicians, unlike researchers in other areas of science, to shun publicity for their results until they have been digested by the wider mathematical community.

Famous unsolved problems such as Hilbert's or the Clay Institute Millennium problems generate enormous enthusiasm within both the mathematical and wider community, and attempts to solve them - whether successful or not - often add to the sum of mathematical knowledge. Perhaps when the veil hiding the future is lifted, Oxenhielm's work may have done just that, and hopefully her experience won't have deterred other young researchers from testing their wits on the big problems.