Where are England footballers born?

With the UEFA men's Championships now in full swing we ask an important question: which part of England can claim the bragging rights for producing the most England international football players? 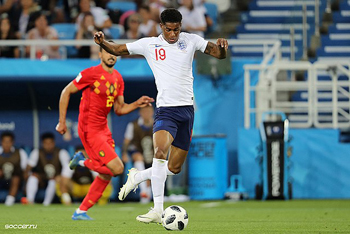 In order to answer the above question we should first create a list of the men who have played for the England 1st team. (Let's keep it to those born post WWII, i.e. after 1945, as that is often considered the modern era). We can then tally them according to which region of England they were born in.

However, these figures don't tell the whole story. Some regions have larger populations than others so have a greater opportunity for producing international players. This should be taken into account.

We can obtain the number of boys born in each region by filtering the databases produced by the Office for National Statistics. (Unfortunately, the relevant data only go back to 1991 but nevertheless we can use this to help estimate the relative birth rates in the different regions).

Then, for each year, for each region, we can calculate

The most recent birth of someone who has played for England was 2003, so calculations are only needed up until that point. 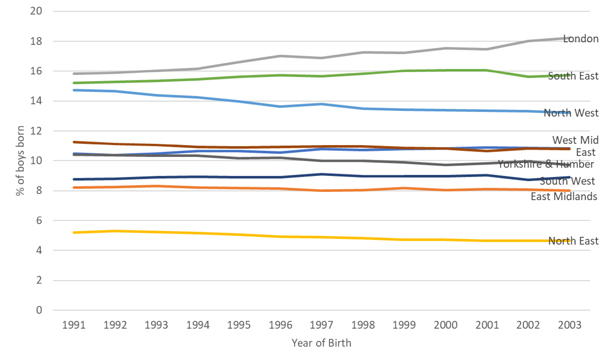 Percentage of boys born according to region of England from 1991-2003.

We can see that the relative birth rates in the regions remained reasonably steady over the period 1991-2003. (Actually, London did appear to be on a slight upward trend during that period and the North West on a slight downward trend, but for ease of calculation let's assume that these changes are ironed out pre-1991). Hence, we can obtain an approximation for a constant to represent each region's relative birth rate:

So, of boys born in England during 1991-2003, 16.9% were born in London but only 4.9% were born in the North East. We should incorporate this variation into our quest to find the most proliferate England player-producing region. 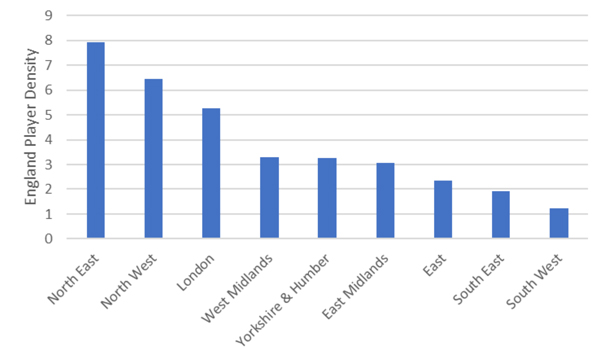 We can see that the North East has the highest England player density and so could lay claim to being the region most likely to produce an England international player, whereas the South West takes the wooden spoon.

So if you currently live in Cornwall and are planning to bet on a future son playing for England, you might be tempted to move to, say Newcastle. However it is worth remembering that only 393 boys born after 1945 went on to play for England. The total number of boys born in England between 1946 and 2003 was approximately 20 million! Hence, upping sticks 500 miles across the country might be considered a little rash in this scenario.

Slim Khan is a Senior Teaching Fellow at the University of Warwick, and is particularly interested in mathematics and statistics related to games and sports.