The calculus of the complex

"Some scientists are mountaineers – they permanently push themselves as high as possible," says Vassili Kolokoltsov. "For me that is dominant, I try to climb high and see as much as possible. Other [scientists] are speleologists – they go deep somewhere, squeezing through the mud, but eventually they find diamonds hidden there." 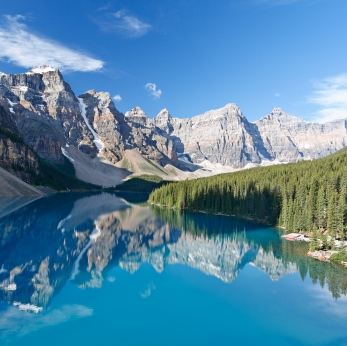 Two approaches to scientific research - hiking to the highest peak or exploring the depths.

A mountainside conversation between Kolokoltsov and a speleologist about the difference between hiking in the mountains and exploring caves made him realise that these were two models of scientific research. "Both sides are very important in science. And fractional calculus gives the possibility of both."

There has been a recent surge in interest in this area as fractional differential equations (which we'll explain below) are used to model many complex phenomena, from contamination of groundwater, the electrical dynamics of the heart to the design of new materials. "There is no doubt this field has lots of applications in areas such as biology, physics and finance," says Eulalia Nualart, one of the organisers, with Kolokoltsov, of the Fractional differential equations research programme at the Isaac Newton Institute (INI). "The subject has lots of interdisciplinary areas in maths and its applications. When a subject is growing so much it's good to stop and put all the people working on the topic together. It's important that people interact and exchange ideas."

To understand what lies at the heart of this latest INI programme, we need to go right back to the beginning. "First people started talking about integer numbers. At some point they realised integers couldn’t describe everything and they developed fractional numbers," says Kolokoltsov.

Similarly people started describing repeated multiplication as raising a number to some integer power. And again it turns out to be very useful to extend this to fractional powers, for example the square root of a number is that number raised to the power of

, and the cube root is raising a number to the power of

Fractional powers of an operation

which takes a function and multiplies it by the number

, which for our example is:

Kolokoltsov and Nualart and their colleagues work with the calculus operations of differentiation and integration, and explore how change is described mathematically by differential equations. "We are interested in the fractional powers of these operations which is a much more complicated story."

Differential equations have been an important part of mathematics for centuries and are key to modelling the world around us, from describing Newton's laws of motion to the patterns in animal coats. (You can read more in our easy introductions Maths in five minutes: Calculus and Maths in a minute: Differential equations.)

Fractional calculus, where these operators are raised to fractional powers, was proposed over 150 years ago, but new interest has been stimulated by applications. The development over the last 50 years has been remarkable, says Kolokoltsov. "The scientists have found models described by these fractional differential equations in nature everywhere – in biology and physics, in sociology and finance – everywhere."

One key concept is something called anomalous diffusion. Classical diffusion, like the spread of heat through a metal handle, is described using differential equations. The hallmark of classical diffusion is that there is a linear relationship between a measure of a particle's displacement and time (that is, the measure of displacement is proportional to the time that has passed). However if this relationship is instead non-linear, then we have anomalous diffusion, and that is described by fractional differential equations.

"There are many fascinating, deep, beautiful theoretical developments about fractional calculus," says Kolokoltsov. "And there are people doing concrete things, such as exploring this anomalous diffusion and its various connections. So bringing these things together is key. If we establish links with more applied people [mathematicians and scientists working on applications] that will be a great success."

The research programme aims to provide a vibrant environment to share research, bringing together researchers from across six continents, including mathematicians working on theoretical approaches to fractional calculus and inter-disciplinary scientists working on a wide range of applications. There have been sessions covering themes from physics, chemistry, biology, environmental science, technology and finance.

To strengthen the cross-fertilisation of ideas within and between disciplines, the programme has been organised to combine key research areas with a double focus, including both theoretical aspects and more applied interests. Theoretical questions can be drawn from those working in practical applications, and those from the applied side can learn from theoretical questions, says Nualart. "We hope that after the programme there will be more interaction from these two communities and the research will be even better thanks to the programme."

This article accompanies this video from the INI, where Dan Aspel spoke to two of the organisers – Vassili Kolokoltsov (University of Warwick) and Eulalia Nualart (Universitat Pompeu Fabra) – of the Fractional differential equations (FDE) programme, running at the INI from January - April 2022.

You can read more about the FDE programme here.