Can cancer be cured?

Can cancer ever be totally cured? Yes, according to new research, some cancers can be - but it depends on your definition of "cured".

Is it a cure? [Image freeimages.co.uk]

Dr Richard Mould has developed a new mathematical model that accurately predicts the survival rates for cancer patients much earlier than the current life-table method. Unlike the life-table method, which requires at least some of the patients in a group to have been observed for, say, T years, in order to predict the survival rates for the whole group after T years, the Standard Lognormal (SLN), Tobacco Cancer Risk (TCR) and Absolute Cancer Cure (ACC) models can make accurate estimates of the T-year survival rates when none of the patients have been observed for the whole period. In fact, the TCR and ACC models require just 1-6 years of post-treatment data to predict accurately the fraction of patients that will remain cancer free 20 or 25 years after treatment - a saving of 14 years of follow-up time. This would have real advantages in clinical trials for cancer treatments, by reducing the number of follow-up years required to assess the effectiveness of the treatments. These models might also be applied to patients with other cancers or those with heart or kidney transplants. 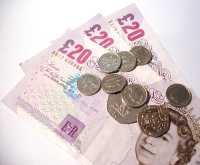 These statistical models use the fact that the distribution for survival times for cancer patients is lognormal, the same ubiquitous distribution that describes the spread of incomes, red blood cell volumes and the length of spoken words. There are three parameters in each model - a lognormal mean M, a standard deviation S, and a parameter C which represents an estimate of the fraction of cured patients in the group. The meaning of "cured" is different for each model: CSLN refers to those patients cured from cancer of the larynx, CTCR to patients cured from cancer of the larynx and lung, and CACC to patients cured of all cancers.

But what exactly is meant by "cured"? Until the late 1950's the term cure was generally taken to mean, in research terms, an overall 5 year survival rate. Now, however, the statistical concept of cure is much closer to the one we all have in mind - that for a group of post-treatment cancer patients, the annual death rate from all causes is similar to that for a normal population of the same age and sex structure. So the three cure parameters in the models mean that the cancers stipulated (laynx, larynx and lung, and all cancers) never recur and their survival rates are the same as an equivalent population unaffected by that cancer.

It was generally believed that cancer could not be totally cured, ever since a study at Christie Hospital, Machester, in 1968 suggested that 5 to 10 years after treatment, surviving patients died of other conditions at a higher than normal rate. This suggestion has never been contradicted, probably because sufficient numbers of patients with the long-term follow-up necessary for previous methods of statistical analysis were not available. "The layman's concept of cancer cure has never been proven numerically from real cancer patient data," said Mould, "until now." Using the new models, he was able to show that patients who have survived cancer of the larynx (the data for these patients was available in sufficient quality and quantity) do not tend to die of other conditions at a faster rate than the rest of the population - giving hope that some cancer patients can be totally cured of the disease.