Scott is a Maths graduate and works as an Actuary with Watson Wyatt in Reigate, Surrey. 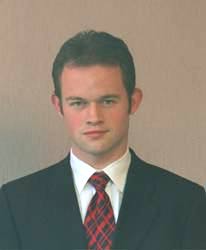 He joined the firm in September 1995 and is very happy there. "I've always enjoyed Maths and wanted a career in finance, so this is a good way of combining the two."

Scott likes the firm's career structure. At present he is studying to become a Fellow of The Institute of Actuaries and has completed 6 of the 9 required examinations. He gets time off to study and the firm pays for his courses and tutorials.

"We are given a range of experience here and have an appraisal every six months too which helps to make you much more rounded. Being an actuary is more than playing around with numbers, the job now involves marketing and pricing among other things."

"I work in the insurance consulting side, involved in projects at company level. There's a lot of variety, things like setting new premium rates so a company has enough money to meet all its claims if and when they come in and advising on how they should invest their money. A growth area at the moment is insurance companies looking to merge, or being the subject of takeovers. We value a company so that other companies can have the information they need. A lot of the work is confidential. Actually it's really good seeing a story break in the newspapers that you've known about for a few weeks. Say if we've advised a client to bid a certain amount for a company and you read that that amount has been accepted. Even better if there's good press about it being a good price!"

"Actually I spend quite a lot of time on the phone talking to clients which I like, asking them for pieces of information, checking things they have sent us to analyse. I also visit companies when we are doing their annual valuation."

Looking to the future, Scott says that once his exams are finished he will take on more responsibility and work towards a specialization. "At the moment I am interested in long term health care insurance but there's a lot of choice. Quite a few people decide to specialise on the IT side, we own and develop our own software packages; we also have investment experts and tax experts for example."

"The firm now has over 30 offices worldwide. There are lots of opportunities to work abroad either on secondment or in full-time posts."

"I mainly play football, centre mid-field. We have a team here which I have the misfortune of running! We play in the local Surrey Saturday League which is a reasonable standard. It is quite sociable as well. Although it's a firm of 1000 people, I probably only work with 40 or 50, so I find football to be a really good way of getting to know a lot of other people."

Life as a student

Scott studied for his A-levels in Maths, Further Maths, Physics and Chemistry, at Castle Manor Upper School in Haverhill, Suffolk. "The school was very supportive of Maths. There are 2 Upper Schools in Haverhill and they combined to let us do Further Maths, because there weren't enough people just to have it in one school."

He studied for his Maths degree at University College in Durham. "For the first few weeks or months it was a bit of a shock. But I still had a good time though. The teaching style was different from school, you really did need to understand Maths rather than just learn it. I was used to classes of about 20 and initially it was lectures of 120. Instead of asking questions as I used to and trying to understand as I went along, I found that I was writing things down and re-studying them after the lecture. But we did also have two 1 hour tutorials a week in groups of 4 to 6, where we had a chance to talk to tutors."

After he graduated Scott took out a student loan and spent a month island hopping in the Caribbean. "It was good for me because it made me grow up more. I didn't have people I knew around me. You are more independent at university than at school, but there is still enormous support. When you go to work you're suddenly more on your own than ever before. Now it's sometimes a bit hard working and studying at the same time, but I have learnt to manage my time better." 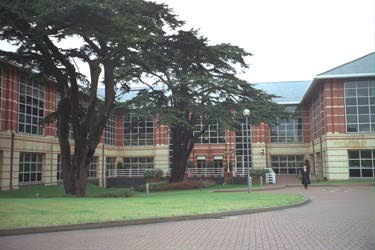 If you would like to find out more about having a career as an actuary with Watson Wyatt, please contact:
Sarah Lawrence
Graduate Development
Watson Wyatt Partners
Watson House
London Road
Reigate
Surrey RH2 9PQ