This interview is available as a podcast.

"Mathematics has always been my strongest subject," says Nira Chamberlain. "But I didn't really have a passion for it when I was a teenager. The reason for this was probably my dad. He's from Jamaica and in Jamaica they have a saying: 'Never guess.' So my dad used to get me to work out all kinds of problems, like finding directions to London or train times to Blackpool, and then tell me off when I had just guessed the answer. So I had to find other ways of working things out, and that always involved mathematics."

Although not entirely passionate at first, Nira went on to do maths at what was then Coventry Polytechnic, and there his interest grew. "I really enjoyed doing the hard problems and applying yet another Jamaican proverb: 'The harda de battle de sweeta de victory'. Mathematical problems are hard, but it's a sweet feeling when you solve them." 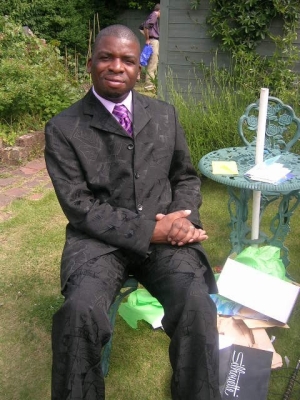 Nira now works as a mathematical modeller. "Modelling what?" you might ask. "Just about anything," is the beautiful and perhaps surprising answer. Modelling is about using mathematics to imitate real-life processes. It's about pin-pointing the essence of what makes something work — the economy, a jet engine, or even a social network — and phrasing this in mathematical language. Once you've found the equations that encode the main features of your process, you can simulate it — for example on a computer — and gain a deeper understanding of it, predict its future behaviour, or conduct experiments that would otherwise be unfeasible or even impossible to do.

The mathematical skills required to build a good model are far more crucial than knowledge of the processes themselves — this technical knowledge is something you can pick up on the job. But the x-ray vision needed to strip a system to its bones and the ability to speak and understand maths is something that only professionally trained mathematicians have. This means that as a modeller you can enter pretty much any field and you're always faced with new challenges. "That's one of the nice things about being a mathematical modeller," says Nira, "you have to go in, you have to learn the subject and you have to apply your mathematics to it, or even learn new mathematics." 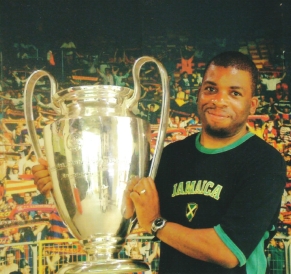 Nira's first modelling challenge came during a work placement he started after finishing his degree. The company he worked for was involved with material science, in particular it was interested in how machine parts made from various materials respond to their heavy duties. "I was modelling how different materials behave in aggressive circumstances, for example I was looking at corrosion and the effect of cavitation [the movement or sudden collapse of a bubble in a liquid, something that can do great damage to pumps and propellers]."

Did he know anything about material science when he started? "No, I didn't know anything at all. As a mathematician you are expected to solve the problem, so if you haven't got a clue, the first thing you do is to speak to the experts in the field. You can then form a model based on their experience and the problems and expectations in question."

With his appetite thus whetted, Nira went on to do an MSc in mathematical modelling at Loughborough University. His next move took him into the automotive industry, working for a company called T&N. "I was modelling piston slap noise, piston dynamics, piston skirt movements, gaskets and so on. Again I had to go in and work from first principles to see where the mathematics comes from. I was the only mathematician in a department of mechanical engineers and fluid dynamical engineers, and they helped me get a deep understanding of the principles."

Nira's time at T&N included a stint in France. "I went to a place called Poitiers just south of the Loire Valley. There was some new legislation to reduce the noise of Diesel engines. We were using mathematical modelling to see if a change in the design of the pistons could help achieve this. I had a great time. In that part of France they have the attitude that if you don't speak French you don't eat, so I lost a lot of weight and became fluent."

Next up was the aerospace industry. Nira joined the IT company EDS, working on their Rolls Royce account. "I was looking after computer simulation tools for aircraft engines, making sure that they did what they were supposed to do. For example, the engineers might want to make an existing simulation tool more realistic. That would mean that a new mathematical algorithm has to be implemented, and that's what I was doing." 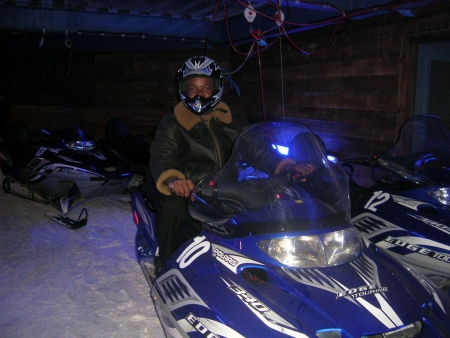 Nira in the snow.

Engineering maths, physics and computer programming are obviously essential in Nira's job, but they are not the only areas of maths he uses. After EDS Nira spent a short time at a company called Advantica Technologies, formerly known as British Gas Research, combining statistical and mechanical modelling. The idea here was to find out when and how things go wrong — for example by estimating the probability that a gas pipeline will explode if it is hit by a crane. "Usually in mathematical modelling you try to model a perfect component, or a perfect car or plane. In this job, we were saying: well look at this pipeline, it's not perfect, it may be corroded, it may be damaged, or it may not have perfect geometry, and this is what we should take into account to get closer to reality."

Statistics is important here because there is a lot of uncertainty involved. You may know the exact physical and mechanical properties of each pipeline in theory, but in practice you can't know the exact state of repair each pipeline finds itself in. And, of course, you never know when an accident might happen. So you have to fall back on past experience: how often have components failed in the past, how often do accidents occur, etc. "You collect data, you come up with probability distributions and then you combine that with your mechanical equations to come up with a probability that he pipeline will fail."

Nira currently works for the LSC Group as a mathematical modelling consultant, and he is Head of Specialisation in Modelling there. "I travel up and down the country to clients' sites to solve complex mathematical problems. For example, a company might need a bespoke computer modelling tool, as opposed to general use commercial software, in order to solve their particular problem. I can help provide this." 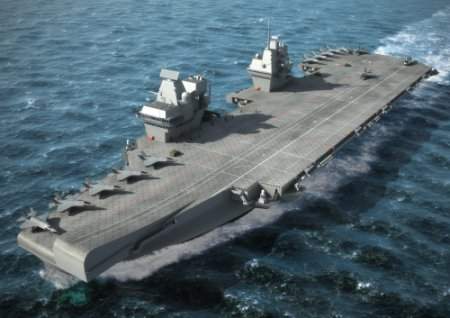 Most of the problems Nira deals with these days are to do with defence logistics, but the nature of the problems varies widely. "Currently I'm working on a problem involving the future aircraft carriers HMS Queen Elizabeth and HMS Prince of Wales, which will come into service within the next decade. I am modelling the through-life running costs of these, to see how the costs will develop over the next 30 years.

"For example, I developed a cost capability trade off model. Say you have a type of vehicle and you calculate the through-life running costs to be x. But the budget for that vehicle might only be y, where y is significantly less than x. Now you know that for a cost of x the vehicle can deliver certain capabilities. So the question is: what are all the reduced capabilities options that can achieve the budget y?"

Other problems Nira figured out include how to best support a global communications network so that an engineer can turn up wherever there is a problem within 48 hours, and working out the most efficient way of equipping a flotilla of ships, so that each ship can access spare components as quickly as possible when it needs to.

A lot of different types of maths go into solving problems like these: optimisation techniques, network theory and Monte Carlo simulations to name but a few. "It goes back to what my dad said: never guess! Whatever type of maths you need to get the job done, you use it. As a mathematical consultant, I don't come up with excuses, I come up with solutions."

Nira certainly isn't about to excuse himself, in fact he's decided to put himself more firmly on the map by starting a part-time PhD at the University of Portsmouth. His thesis is on network theory, to be precise it's on dynamically evolving networks with evolutionary games.

Evolutionary game theory originally arose from biology. Scientists realised that strategy is an important aspect of evolution — grow bigger teeth and claws and fewer animals will want to eat you. This opened biological processes up to the mathematical theory of games, which analyses the interplay of strategies in game-like situations. But in contrast to classical game theory, evolutionary game theory takes into account that the rules of the game, and its players, will change over time and makes different assumptions about the behaviour of players.

Soon other sciences became aware of the power of evolutionary game theory. Social and economic networks, for example, are akin to games, with people or companies acting as players and their strategies depending on social norms or economic rules. Then of course there are physical and technological networks, for example the communications networks that Nira has been working on.

In his PhD Nira is rolling all the possible scenarios into one by taking the abstract mathematical view. "In a nutshell, a network is made up of nodes and links. Imagine that the nodes are players in a game and that the links connect the players who are playing against each other. Here is the question: given an evolutionary game, how does the game affect the structure of the network? And also: how does the network structure affect the game?"

Doing a PhD alongside a full-time job is certainly no easy feat. So why do it to yourself? "Firstly, it's the challenge. Secondly, it's fun. And thirdly, speaking as an applied mathematician, working in pure maths keeps me seriously mathematically sharp!"

Don't forget that you can listen to this interview in our podcast.