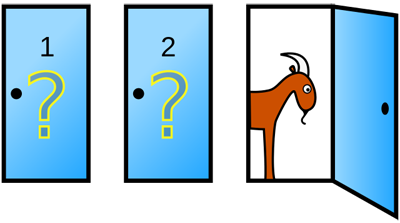 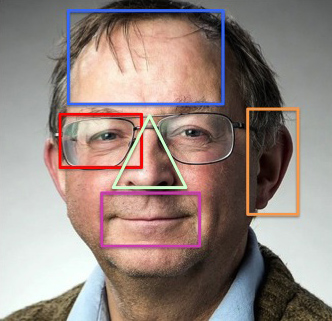 If you first choose a door with a goat (probability 2/3), then the host asks you to pick one of the other two doors which will then be eliminated from the choice of three. (No door will be opened by the host.) Having done that, you are then allowed to either stick with your original door or swap to the remaining door. In this case, there is a chance of 1/2 that the door you excluded was the one with the car, so whether you swap or not, your chance of getting a goat is 1/2

I disagree with this part, the chances that you picked the wrong door right off the bat indicate that your chances would still be better to switch doors even if one of the two remaining doors was removed at random After your initial pick. Because your first pick was probably statistically not in your favor.

Naw. He’s right like. Imagine it with like a hundred doors. 99 goats and a car.you pick one. Monty, not knowing where the car is, then, picks 98 doors and amazingly doesn’t get the car in any. Oof. If he did know you’d have changed straight away. But since he didn’t you’re very much in the ‘do I feel lucky’ situation and this is a 44 magnum that will ow your head clean off.