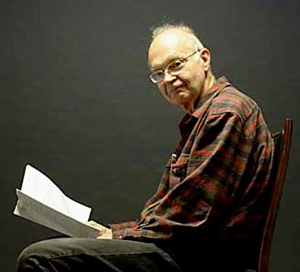 We recently published an article about one of our very favourite numbers: Graham's number. One of the reasons we love it is that this number is big. So big in fact that the observable Universe is not big enough to write the number out in full. But it isn't just big, it's also precisely defined. And in order to define such mind-bendingly huge numbers you need a new way to write them down.

Graham's number can be exactly expressed thanks to an ingenious notation developed by the mathematician and computer scientist Donald Knuth. Knuth's up-arrow notation continues the compounding nature of the better-known arithmetic operations. Multiplication is simply repeated addition:

Similarly exponentiation (raising a number to the power of another number) is just repeated multiplication:

Knuth developed an ingenious system that allows this process to carry on, defining infinitely many more levels of arithmetic operations. The first step was another way of expressing the familiar exponentiation. Knuth used a single up-arrow,

, to represent this repeated multiplication:

So our example becomes

produces a power tower of

produces a power tower of 2s that is 3 levels high:

, at which point your calculator will give up the ghost.

The triple up-arrow operation grows even faster. We saw that

. But just taking the value of

to be 4 rather than 3 gives

This is a power tower of 2s that is 65,536 levels high. We'll leave you to calculate its exact value as an exercise for some insomnia-blighted night. 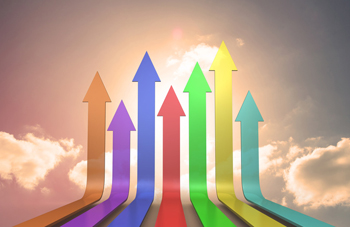 The sky's the limit with up-arrow notation.

This has already got out of hand from the point of view of numbers that we can actually comprehend. But just as mathematicians are quite happy thinking in arbitrarily high dimensions if the rules are clearly defined, they are quite happy to continue Knuth's nice, well-defined process of iterating the arithmetic operations. And so we can precisely define numbers, such as Graham's number, that are so enormous that there is not enough room in the observable Universe to write them. Mathematics gives us the power to define the unimagineable.

I was thinking of the similarity of this concept with the Indus and Harappan scripts.
If you look at their seals of which thousands have been found you'll see this up arrow being a vertical fish shape. So it's a multiplier.There are seals with 2 vertical fish between two other shapes which could be numbers. This is the same as the power tower concept! Has to be.

On some seals there is a vertical fish with an inverted v above it. This could be just be a replacement of the 2 up arrows.

So a horizontal line of the Harappan scripts on seals is just that. So many units of a product. Followed by its total price. Like an invoice.

The odd shaped further would be its destination. And person to hand over.

The other seals could be the money received as payment. This would-be indicated by the animal type beneath it.

Re. your comment "Used in ancient scripts" (up-arrow notation)

I am curious if you have a link to the Indus / Harrapan scripts that you mentioned. Would you mind posting it?

Correction to evaluation of 2^16

The last two times you refer to the value of 2^16 above, you show it as 65,356 (which is clearly just a typo that slipped through). The correct value is of course 65,536, which you provided earlier.

Excellent article! Had never heard of Knuth's up-arrow notation until I came upon it during a video titled "What is the largest number?" (www.youtube.com/watch?v=e0xJwdcpATM)

Thank you for spotting that