How to win at Mornington Crescent

If you enjoy that witty sense of humour commonly described as "English" then you'll love the idea of a non-game. This article casts a mathematical eye over a famous non-game enjoyed by thousands of people up and down the UK every week.

Many readers of this article may at some point have listened to the BBC Radio 4 comedy programme I'm Sorry I Haven't a Clue (ISIHAC), and to its extraordinary game Mornington Crescent. In this game four players alternate in naming London Underground stations, and the first player to say "Mornington Crescent" is the winner. No one is really sure if the players are adhering to any rules or not, although they claim to, and the game has a bewildering number of differerent variations and conventions which poke fun at many other games. 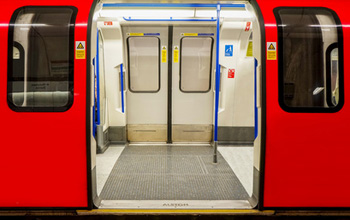 Welcome to the world of non-games.

The essence of the game, and what it means to win

A typical game on ISIHAC progresses as follows:

So, why doesn't the first player simply say "Mornington Crescent" on their first move, and thus win? There are two objections to this strategy. Firstly, if you always did this then no one would ever play with you again. Secondly, and much more importantly, your pay off measured in terms of laughs and/or comedic impact, increases the longer that the game lasts. This now gives us the clue to finding a strategy for winning at Mornington Crescent without having to know the rules for playing it. Here is the revised version of the game in which we have a pay off function which (for example) might measure the amount of laughs that the player gets.

. If the pay off does not depend upon

, then your best strategy is to call "Mornington Crescent" on your first move. But this is far from the actual case. Instead

increases, and this alters your strategy. As an example, consider the case where 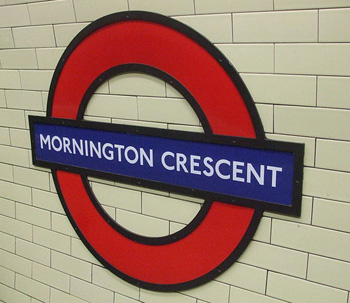 There is strong evidence that mathematicans invented Mornington Crescent. An article about non-games, published in the Warwick Mathematics Journal Manifold in 1969, by Ian Stewart and John Jaworski, described an essentially similar game called Finchley Central along with several other interesting non-games. It is well worth a look.

We now consider strategies for a simple two-player game, playing against an opponent who also wants to maximise their winnings.

is very low compared to later values, the perfectly logical player one has basically won nothing for their logical efforts. More fool them.

Our second example is a match between two game theorists. (These may or may not be prisoners in a dilemma). Game theorists are interested in Nash equilibria. These are situations in which each player has chosen a particular strategy (which might involve some randomisation to be unpredictable) and no player can benefit from changing their strategy while the other person sticks to theirs. If both players choose not to always call "Mornington Crescent" on their respective first moves, then the player more likely to say "Mornington Crescent" later will benefit from changing their strategy to saying it just before the other player. The Nash equilibrium therefore requires both players to say "Mornington Crescent" as soon as possible, forcing player one to always say it on the first go. Not good.

Something seems to be wrong here. The problem is that in both these scenarios we have ruled out the possibility either of taking a risk or (heavens above) of the two players cooperating. Let’s see what happens if they cooperate. If the expected winnings of the two players are

. Cooperate for another two turns and the expected winnings are

. Thus each player’s best strategy is to cooperate for as long as possible before ratting on their opponent.

But what does "as long as possible" mean? You can make a judgement on your opponent to see how keen they also are on cooperating. If they have cooperated up to turn

this might incline you to think that they might cooperate further. So your future play depends on the past history of the game. (For those in the know, this means that the expectation of winning is not a Martingale. Mornington Crescent is not a fair game!). Note that in this method of play you don't want to call Mornington Crescent too early. Indeed the optimal time is when your opponent is thinking of calling it themselves. Your judgement of when to call "Mornington Crescent" might then depend on your past experiences of playing against the same player. (This takes us into the realm of Bayesian inference and machine learning — find out more in this article). 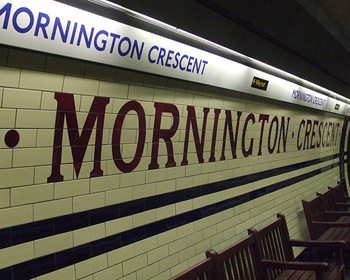 is low, and to then wait for a few turns as the possible winnings mount up with the intention of calling Mornington Crescent as soon as the pay off becomes high enough for you to be interested.

Thus, if you are either prepared to cooperate, or a risk player, one possible strategy for playing Mornington Crescent is to have some predetermined point at which you are prepared to play, and wait till then. As soon as you get to this point (which you may well increase if you think you have a cooperating opponent), say Mornington Crescent and achieve immortality. And, if your opponent plays first, well, as a famous Cambridge Professor is known to remark, that's life in the Big City!

Our hope is that by reading to the end of this article you will have come to appreciate how subtle the game of Mornington Crescent is, and the very high level of skill that is employed by the teams in ISIHAC to play it. We would greatly welcome the comments of the readers of Plus on strategies for how to win, provided that they are backed up with clear mathematical arguments. We eagerly anticipate a postcard from a Mrs. Trellis of North Wales.

Chris Budd was born in London and grew up on the Northern Line. He then moved West and is now Professor of Applied Mathematics at the University of Bath, where he does research into the applications of mathematics to the real world, including food, trains and climate. A passionate populariser of mathematics, he is a good friend of Sam Parc who edited 50 Visions of Mathematics. His favourite tube station is Fairlop. 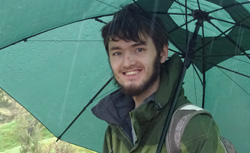 Jeremy Budd is Chris Budd's son and is currently studying Mathematics at Trinity College, Cambridge. Mornington Crescent and ISIHAC have been part of his upbringing from a very early age.

Permalink Submitted by Anonymous on November 11, 2015

Can the above analysis be extended to those times when the play becomes asymmetrical due to one player "being in nip"? Inquiring minds need to know!

Permalink Submitted by Budd on November 11, 2015

If all players are in Nip then you have a problem. This did happen once and the game
had to be abandoned.

Preparation is the key to winning

Permalink Submitted by Anonymous on November 24, 2015

This is taking the simple case of a closed system and players being weightless points within the play area. Once you have to take into account token stacking, the gravity well of a Dollis Hill loop or being shunted up the Oval, then the calculations become much more complex. One of the best methods of winning is to keep a poker face, never go near Colindale except on Tuesdays and wear a stout pair of underpants.

I'm not sure that the

I'm not sure that the assumption that F (n) is a monotonically increasing function is correct. The comedic value measured by the reaction of the audience of ISIHAC should reach a maximum and start to decrease before reaching the maximum number of stations and another variable called, perhaps, attention _span needs to be introduced based on the ambient temperature of the room, the point in the digestive cycle of each audience member and the proximity of the time to the evening rush hour.

.... and factor in intermediate rewards

I agree that F(n) is likely to decline after reaching a peak.
I would also suggest, however, that there is another variable at play. The total reward a player receives from the game includes intermediate rewards (from laughter) after each turn... which could be referred to as the humourous_connection variable. These will also have some dependency upon the state of the ISIHAC audience but, critically, also upon the relationship between the station being announced and the one previous to it.
If this intermediate reward was equal at every step (a simplification), then it could largely be discounted. However, by definition, the first move does not attract this reward so player one might also be motivated by an urge to 'catch up' making him more likely to call Mornington Crescent.
Also, either player might be more motivated to end the game on their move after the opponent has won a particularly large intermediate award. This means both players will need to juggle their perceptions of total reward gained so far against the value of the terminal reward and, possibly, if they think they have an alternative station with a high humourous_connection score, whether to play that instead.

You can revisit the same station more than once...

... but not immediately. Some variations on the rules prevent this or make it difficult such as the requirement to only approach a station from the south. My experience as a keen spectator is that the player who revisits a station puts themselves in a vulnerable position so I don't see this in the professional game more than about once a year. The famous exception is the record of the game played by King George where he kept naming the same station at every move.

Permalink Submitted by GrahamM on September 21, 2020

I’ve been lucky enough to have listened to the gramophone recording of that match - stubbornness personified and an exemplary demonstration of the ‘Firth of Forth’ approach being put into action. So simple but an incredibly clever move. The gasp from the crowd upon the first repetition is only bettered by the cheer they give when HRH announces Kings Cross for the 75th time - timeless.

There must be two different recordings?
Mine, passed down by my Great Aunt's “lady-in-waiting” (I think that there may have been a different relationship?), was definitely G III, not G V.
He was muttering “king's cross, king's cross, king's cross…” repeatedly, rocking back and forth, before any of the other contestants had completed their turn.
And before anyone dismisses this as pure conjecture, there is absolutely no proof that parts of the Northern (and Metropolitan) lines were not already operational, on a limited or “bank holiday Sunday” schedule.