David Spiegelhalter is Chair of the Winton Centre for Risk and Evidence Communication, based at the Centre for Mathematical Sciences in Cambridge. What better person to ask about the UK government's communications regarding Covid-19? Here is what he told us.

How should one communicate in a crisis? 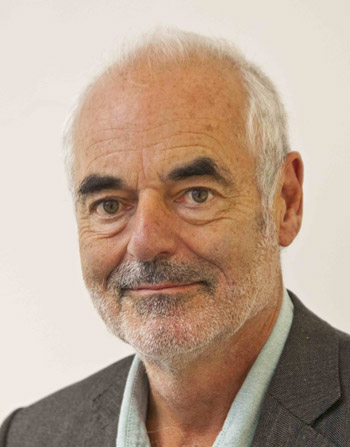 One of the problems here is scientific disagreement, which always exists and, through social media, is much more public now than it used to be. There can be disagreement for various reasons: people might disagree about values, or they might have access to different information. They can even have the same information and come to different interpretations. It is difficult to play this out in public because most people don't realise just how much disagreement there is in science. The media still present an idea of science as a monolithic body of "facts". This is complete nonsense because scientists argue all the time. Though there are of course some things they don't argue about, where there is an agreed body of knowledge.

Closing the schools in the current crisis is a classic example of real uncertainty. We do not know what the impact will be, you can predict positive impacts and you can predict negative impacts. It might mean that the children play more with their grandparents, putting them at risk, or it might be they end up playing less with them, because the parents are home too. We just do not know what is going to happen except that it's going to happen. Even though closing schools will cause massive disruption, it's probably not feasible to keep schools open with so many teachers absent.

How well is the UK government doing communicating policy and evidence?

I think government communication started off really quite well. Patrick Vallance, Chief Scientific Advisor, and Chris Whitty, Chief Medical Officer, who are extremely good people of the highest integrity, were put forward to front the communications and they were doing fine. However, around March 12th it all fell apart. Suddenly things were coming out in interviews by Vallance and some of the modellers, and Matt Hancock was giving interviews to favoured journalists on what might potentially happen.

There was an eruption of anger and complaint by scientists about the way things were being communicated: the lack of transparency about the basis on which the decisions had been made. The big difference between now and the swine flu epidemic in 2009 is social media, in particular Twitter. It's easy on social media to organise vocal opposition. This then makes its way into the mainstream media, because the mainstream media follow Twitter and use it to identify people they would like to speak to.

In mid-March there were at least three letters circulating, complaining about the lack of transparency. There was a letter from 600 behavioural scientists asking for the basis for the decisions being made. In particular for evidence for the idea of "behavioural fatigue"; that people will not stick to the interventions. The evidence on this has been questioned and produced a big response by senior psychologists in this country.

Then there were calls, one of which I signed, asking for the models that informed the policies. These should be open to scrutiny. Government communication continually referenced how policy was based on the best science — but then why were we doing things so differently from other countries? I wasn't saying this was necessarily wrong, but I wanted to know why.

The fascinating thing is that, as soon as the results of a model by researchers from Imperial College were released on March 16th the whole policy changed because the new report strongly contradicted the policy that had been in place up until the previous Friday.

Many people were shocked by the idea of herd immunity, worrying that vulnerable people were being thrown to the wolves. Should this have been communicated differently?

This is the idea that if a lot of people get the disease and develop some immunity, then this will help suppress resurgences. It was bizarre that Patrick Vallance, who is extremely good, mentioned this idea in interviews. If you look at his words carefully, he never said that achieving herd immunity was a target. Only that it might be a consequence and a by-product of the UK government policies. The idea of herd immunity is perfectly reasonable, but it was not a target, it wasn't mentioned in any of the policy documents.

Were we purposefully misled regarding the severity of the crisis?

I would not accuse anyone of maliciousness. But if last week the UK government did have models that were telling them what the total number of deaths would be, they certainly were not telling us that.

A very delicate question is how you treat old people with respiratory problems. Many old people with flu will get pneumonia; it's almost the traditional way to die. Most hospitals will not start ventilating in that case, partly because old people, even if they do recover, may be seriously damaged by the treatment. This has always gone on behind the scenes, the idea that not everyone will go on a ventilator is not new. The problem with Covid-19 is that younger people could die too and that many cases will occur all at once, potentially overwhelming the service.

Trust is obviously very important. How can governments retain (or re-earn) the public's trust?

Trustworthiness has been characterised quite well by Onora O'Neill, a philosopher of Kant. She describes what she calls intelligent transparency. This involves making sure that information is accessible, which means repeating it again and again making sure it's available from many sources. The information has got to be comprehensible, people have to understand it and you should check that they are getting the right impression. And the information has to be useable — answer people's questions and concerns: you have got to listen.

The final and crucial point, which people fall down on all the time, is that the information must be assessible: you shouldn't just have to take it on trust. Most people will take it on trust, but there are people out there who know a lot about what is going on, and these people should be able to check your working. Otherwise we have pure paternalism. We are not that sort of population — we want to know what is being done to us. People are making huge sacrifices and they have to know that it's worthwhile. This sort of assessibility means you have to be vulnerable, you have to open yourself up to criticism. That is trustworthiness and I haven't seen much of that at all, although now the scientific advice is being published.

How important and reliable are mathematical models in predicting the future of this crisis?

This is an area where mathematical modelling can be important, but one has to be cautious about it because, with such limited data, it is all based on assumptions. In theory you have to change, not just the parameters, but also the structure of a model for every new disease coming along, and there isn't the time for that.

This doesn't mean you shouldn't have mathematical models going, you definitely should. But you should also work very closely with clinicians and real public health people, and people who have experienced this disease early on.

What would you most like to know about Covid-19?

The true number of cases. If we knew how many people have had it, and maybe didn't even know they had it, we might get some idea what is really going on.

The other thing I would like to know is whether the disease will recur. Will it rebound again after we stop clamping down so we have to clamp down again? Or, when it comes back next year, will the virus have mutated, so we have to start again? Is this going to go the way of smallpox, and be wiped out, or is it going to be like seasonal flu which keeps coming back in a different form? This would be very useful to know, but we won't know for a long time.

David Spiegelhalter is Chair of the Winton Centre for Risk and Evidence Communication, based at the Centre for Mathematical Sciences at the University of Cambridge. He was interviewed by Marianne Freiberger, Editor of Plus, on March 18, 2020.