Harvey Friedman is a Distinguished University Professor of Mathematics, Philosophy, and Computer Science Emeritus at Ohio State University. He is famous for his ground-breaking work on the foundations of mathematics. Here he gives us a brief introduction to a school of thought called constructivism.

What is constructivism and why do we need it?

Maths does funny things to your brain. 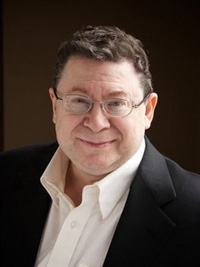 But is there a maximum value of the sequence?

Unless you are a classical mathematician. You pretend that you can look it all over in one "glance" in your mathematical brain.

So when confronted with this conundrum, in your bewildered unsatisfied state, you really have only three choices.

Generally speaking, the constructivist sets a higher standard for mathematical proofs. for example, in order to prove that something exists, you are obligated to give an example. The example can be a description that depends on some previously given mathematical data that you are working with. It's a bit involved to understand just what is allowed and what is not. But this has been analysed very successfully going back to LEJ Brouwer and Arend Heyting and Errett Bishop.

How does constructivism affect classical mathematics?

Constructivity is not by any means only a negative activity, one of simply objecting to business as usual. Errett Bishop was a master at pointing at what he considered as such "flaws" in ordinary "classical" mathematics and reworking the material constructively, removing the flaws. The statements are imaginatively altered. Generally speaking, there is a more subtle and illuminating treatment of the original "flawed" material, with new interesting ideas.

Nevertheless, there are a number of very important places in mathematics where the proofs are clearly non-constructive, and the really desired constructive version is nowhere in sight, and where obtaining it is considered a major open problem of great interest, even by mathematicians who are not constructivists.

Both assert that certain equations or inequalities in one or more unknowns have at most finitely many solutions. The constructivist wants to have a procedure for being able to list these solutions. No one has any idea how to do this for Roth's theorem and Falting's theorem.

The situation is not quite as unsettling as it could be. An upper estimate on the number of solutions for both theorems is known, but finding the solutions is presently beyond our reach. We can formulate this as an issue in constructivity. For both theorems, we have a proof that there exists a whole number such that all of the solutions to the given equation or inequality can be expressed with fewer than that many digits. But we have no constructive proof of the existence of this whole number.

How does constructivism affect mathematics done for practical purposes?

The working mathematician, who does not work in logic and the foundations of mathematics, generally takes a rather pragmatic approach to constructivism: he or she fixes on computational end products that make sense independently of any philosophy or logical systems.

The approach generally involves actually computing down-to-earth examples of or approximations to theoretical mathematical objects. This is basically a practical finitistic attitude that is more radical than constructivism. However, generally speaking, in order to analyse a mathematical theorem in computer ready terms, one has to essentially analyse the theorem from what amounts to the constructivist point of view — and then go on from there.

Harvey Friedman is a Distinguished University Professor of Mathematics, Philosophy, and Computer Science Emeritus at The Ohio State University and is best-known for his work on the foundations of mathematics. He is also a classical pianist. You can find out more about his work in this Plus article (from 2011), on Friedman's YouTube channel or in this Nautilus article.

Look out for more on Friedman's work in a future Plus article.