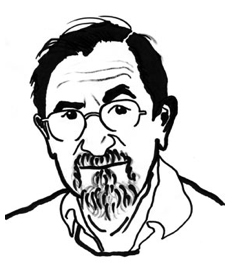 If chemistry makes you think of white lab coats and green liquids then think again. This year's Nobel prize goes to three researchers who "took chemical experiment into cyberspace". Martin Karplus, Michael Levitt and Arieh Warshel found the optimal balance between physical theories to enable computer simulations of hugely complex chemical systems. The simulations help researchers understand how these systems work at very small scales and how we may be able to exploit this knowledge for our own needs.

The problem with chemical reactions, such as the photosynthesis performed by the trees outside your window, is that they occur incredibly fast — it's impossible to figure out exactly what is going on between various atoms simply by watching an experiment. The only option left is to figure out what kind of interactions are plausible and then test your guesses in specially designed experiments. And this is why computer modelling is useful; it does all the necessary calculations for you. 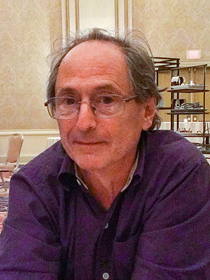 The calculations are based on equations from physics, but there is more than one theory that could be applied. Classical physics, developed over 300 years ago by Isaac Newton, comes with equations that are relatively easy to solve but can't capture the processes that occur during reactions when molecules become excited. Quantum physics, developed at the beginning of the twentieth century, is able to describe these excited states. Using it in simulations, however, requires huge amounts of computing power because every single atom in a system that might consist of tens of thousands needs to be taken into account. As our Cambridge colleague in the office next door says, "It's always those chemists blocking our supercomputers with their simulations." 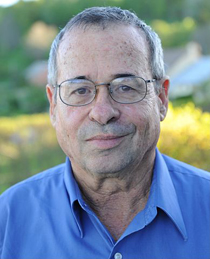 Karplus, Levitt and Warshel's solution to this problem was to use quantum physics only when it's needed and let classical physics do the rest. At the beginning of the 1970s Karplus was interested in retinal which, as the name suggests, exists in the retina of the eye. Unlike most other molecules retinal contains free electrons that aren't bound to the nucleus of a particular atom but can move around. Karplus wanted to understand those free electrons but for this he would need quantum physics. Together with Warshel he eventually developed a clever compromise: he developed a way of simulating systems which used quantum physics for the free electrons only, and resorted to classical physics for the other components of the system. Karplus and Warshel's work, published in 1972, was the first to combine quantum and classical theories in this way.

A few years later Warshel and Levitt managed to simulate reactions involving enzymes, those large molecules that enable metabolic processes in living organisms. Their technique, published in 1976, could be applied to other molecules too, regardless of size and has since been refined to provide a very powerful tool. The results are used in all areas of chemistry, from making cars more environmentally friendly to producing medical drugs.

Even more ambitious applications may lie ahead. "Michael Levitt writes about one of his dreams: to simulate a living organism on a molecular level," according to the explanatory information on this Nobel prize. "It is a tantalising thought. The computer models that have been developed by the Nobel Laureates in Chemistry 2013 are powerful tools. Exactly how far they can advance our knowledge is for the future to decide."

The Nobel prize website has an excellent public information document on which this news story is based.

You can read more about maths and chemistry in Through the looking glass and Shattering crystal symmetries. There is an introduction to quantum mechanics in our article on Schrödinger's equation and lots about classical mechanics in our teacher package.