This issue's Plus chat topics

We all know that statistical claims made by interested parties are to be taken with a pinch of salt. Some people even take their healthy mistrust of numbers to extremes, and reject all such claims, even robust ones, out of hand. It's strange, then, that one statistical oddity, the league table, seems to have survived public scepticism. League tables are still used to measure the quality of some of our most important institutions, including schools, universities and hospitals. 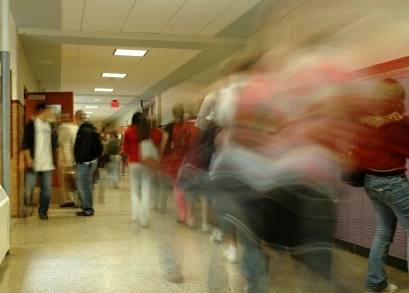 Is this a good school? League tables can blur the issue.

In the current and the last issue of Plus David Spiegelhalter, Winton Professor of the Public Understanding of Risk at the University of Cambridge, has had a closer look at these contentious beasts. His conclusions shouldn't really surprise anyone who's put just a little thought into the issue, even if they are not mathematicians. In the first part of his investigation Spiegelhalter looked at the National Lottery, a totally random process, where no clear patterns should emerge. However, a league table based on the number of occurrences of each number in the entire history of the lottery gave one number — 38 — a clear lead. In the second part of his analysis Spiegelhalter looked at what's definitely not a random process: the UK Premiere League, and found that a large chunk of the final result — 25% — can be attributed to chance. Only for three of the twenty teams can we confidently say that their rank in the final table reflects their true quality. Chance can create apparent patterns where there are none, and mess up issues that people feel should be clear-cut.

There are situations, of course, where this doesn't matter much. The Premier League would be half the fun without freak events (see Plus article Some sporty stats), and other things can be ranked according to a clear-cut, chance-free measure. Your local pubs according to beer prices, for example. But in the most important cases, the public institutions, these statistically spurious rankings are meaningless at best. This isn't just because chance has a hand in the game, but also because there simply isn't a single measure for "quality" in these cases.

One obvious way around this problem is to do away with league tables altogether. If you want to know what a school is like, go and visit it, speak to the teachers and ask people who've been taught there. But it's not always possible to eliminate quantitative measures completely. In these cases, the statistical information, the league table, has to come with the necessary caveats: confidence intervals and the like. This might sound a bit scary at first to those who are uncomfortable with maths, but it's not at all rocket science. You don't, after all, have to do the maths, but simply understand the terminology. If people are capable of understanding their mortgage, then they are also capable of getting their heads around the basic stats vocabulary. This applies to all instances where statistical results are presented, from the danger of bacon sandwiches to the risks of climate change. Without the statistical backup information, most statements are meaningless. See Plus article The tiger that isn't for some examples.

Plus is of course doing it's best to improve mathematical literacy so that people can come to grips with some of the media claims without having to dig out the text books. Spiegelhalter's new website, when it is launched later this year, will be invaluable, focussing on current, hotly-debated issues and presenting the results in various levels of difficulty. Maybe league tables will one day lose the clout they shouldn't have had in the first place.

The US presidential election — we've heard a lot of it already this year and much more is sure to follow. Plus, too, will join in with forthcoming issues investigating the maths behind elections. But although the current issue is election-free at first glance, it looks at subjects that featured strongly in the election campaign: climate change — see the article Maths and climate change: the melting Arctic — and the theory of evolution — see Reconstructing the tree of life and Natural selection, maths and milk. 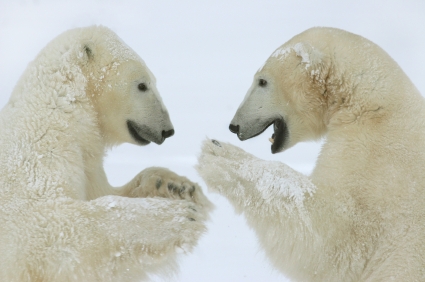 An uncertain future. Scientists need to back up their claims to resist climate change deniers.

This shows, as we're always keen to point out, that maths is relevant to all aspects of life, including those that make it into election campaigns. But it also holds another important point pertaining to statistics. There has been an onslaught on science, some of it religiously motivated and some of it politically motivated (although some people would say that the former is really just the latter in disguise). In the face of this, scientists need to rigorously justify their claims and quantify the uncertainty involved in their models and conclusions. They can no longer pull theories out of a hat. Especially when huge amounts of data are involved, which usually is the case these days, only statistics can accomplish this.

Someone who's happy to ignore vast amounts of scientific evidence isn't of course going to be persuaded by a sober statistical argument, but again it's a question of mathematical literacy. There are masses of undecided voters who are sceptical of either side of a discussion, and justifiably so. These people need the tools to assess the validity of arguments. If you want to join the debate, you need to speak and understand the language. And this, maybe now more than ever, means understanding maths and stats.