Hello? Is there anybody out there? 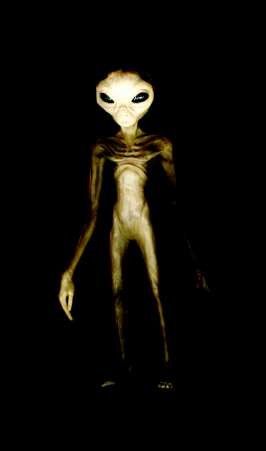 Watson thinks the other intelligent life evolving elsewhere in the Universe is unlikely.

A mathematician from the University of East Anglia has turned his gaze to the stars to try and answer one of humankind's oldest questions — are we alone in the Universe? And the unfortunate answer is, well, probably.

Astrobiology is a field of science in which there is a great deal of public interest. It is the study of the origin, distribution, evolution and destiny of life wherever it's found in the Universe, not excluding the Earth. Having never found life outside our own planet, it can also be speculative. Professor Andrew Watson has developed a mathematical model to examine the odds of intelligent life evolving on other Earth-like planets given how long humans took to evolve and how long the Earth has left before the Sun becomes too bright for life to survive.

In the article Implications of an anthropic model of evolution for emergence of complex life and intelligence, published in the February issue of Astrobiology, Watson postulates that for intelligent observers to evolve, a small number (n) of very difficult evolutionary steps must be passed. Once passed, evolution occurs quickly until the next stage is reached. Complex and intelligent life evolved quite late on Earth and Watson suggests that this may be because of the difficulty in passing these stages. He suggests that n is less than 10 and most likely equal to 4. These stages include the emergence of single-celled bacteria, bacteria with complex cells, cells allowing complex life forms, and intelligent life. These stages may also coincide with major changes in the Earth's bio-geochemical cycle — this suggests that the so-called archean-proterozoic boundary, when simple non-nucleated single-celled organisms evolved to advanced and multi-celled life, and the proterozoic-phanerozoic boundary, when complex organisms evolved, might be critical stages.

Professor Watson argues that a limit to evolution is the habitability of the planet. Standard solar models predict that the Sun is brightening, and has increased its luminosity by 25% since the formation of the solar system. Our current biosphere needs temperatures less than 50 degrees Celsius to survive, which suggests that life only has about another billion years on Earth. This may seem a long time, but compared to the 4 billion years that life has already survived on the planet, Earthly-life is in its old-age. Watson argues that, if a planet is habitable for a set period of time, and life evolves early in this period, then such evolution is quite likely to occur on other similar planets. However, as we evolved late in the habitable period, he suggests our evolution is rather unlikely.

. The property that they are intrinsically unlikely is expressed by the condition that the product

is very much less than 1 for all

is the habitable lifetime of the planet.

means proportional to. The joint probability density function of two events occurring, the first at time t' and the second at a later time t is The probability of the second event occurring is therefore obtained by integrating over all values of t' where

is a normalisation factor and

stands for the product over all values of

. Using fossil records, Watson estimated an upper limit for the probability of each step occurring as 10% — which gives the chance of intelligent life emerging as less than 0.01% over four billion years.

The work supports the Rare Earth hypothesis which postulates that the emergence of complex multicellular life (metazoa) on Earth required an improbable combination of astrophysical and geological events and circumstances. Watson argues that intelligence is one further unlikely step, and so it is even less common still.