We often think of mathematics as a language, but does our brain process mathematical structures in the same way as it processes language? A new study published in the journal Psychological Science suggests that it does: the process of storing and reusing syntax works across different cognitive domains, of which maths and language are just particular examples. Neuroscientists have previously found evidence suggesting a link between maths and language, but according to the authors of the study "this is the first time we've shown it in a behavioral set-up." 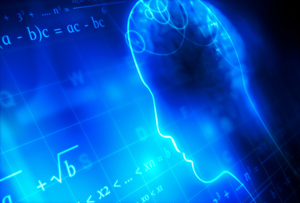 How does our brain process syntax?

The study — conducted by psychologists Christoph Scheepers, Catherine J. Martin, Andriy Myachykov, Kay Teevan, and Izabela Viskupova of the University of Glasgow, and Patrick Sturt of the University of Edinburgh — made use of a cognitive process called structural priming. Simply put, if you use a certain kind of structure in one sentence, you're likely to use it again in a subsequent sentence. To find out how abstract — and cognitively general — this process is, the experimenters gave native English-speaking students a pencil-and-paper test containing a series of maths problems paired with incomplete sentences.

Each maths problem was structured in one of three ways. With high-attachment syntax, the final operation of the problem applied to a large chunk of the earlier part. For instance in the problem 80-(5+15)/5 the final division (by 5) applies to the entire previous addition term (5+15). With low-attachment syntax — say, 80-5+15/5 — the final operation applied to a smaller previous chunk. A third category — baseline problems like 80-5 — implied neither high nor low attachment.

After each equation, the participant was given a fragment of a sentence that they had to complete. Their completed sentence was analysed to see whether the participants had used high or low attachment syntax. For instance the sentence might start with, "The tourist guide mentioned the bells of the church that ...". A high-attachment ending would be "... that chime hourly" as it refers to the entire phrase "the bells of the church". Low attachment would link only the church to the completed final clause — say, "...that stands on a hill."

The subjects were variously successful in solving the problems. Their choice of high or low attachment sentence completions also revealed complexities — some perhaps related to the preference in English for low-attachment syntax.

What does all this mean? Our cognitive processes operate "at a very high level of abstraction," the authors write. In other words, our ability to deal with syntax isn't specifically linked to language or maths, but sits at a higher level. It may apply in a similar fashion to all kinds of thinking — in numbers, words, or perhaps even music.

To find out more about the links between maths and language, read the Plus articles Evolutionary maths and Speechless maths.

Permalink Submitted by markovchaney on July 8, 2011

Not sure how this study actually shows that mathematics is the same as or similar to natural language. I doubt very much that it is, in fact, though it's one of those bits of "common sense" that crops up all over the place. I've not yet decided how much damage might be done in K-12 mathematics education through this error, assuming it is one, but my instinct is to err on the side of caution here and not assume mathematical thinking operates similarly to linguistic thinking or that mathematics is like natural language. Absent a lot more evidence than this study seems to offer, I'm not moved.

Re: Math and language

Permalink Submitted by Anonymous on July 29, 2011

Dear markovchaney, We are the two main authors of this paper, and would like to offer to send you a copy of the paper. We would be interested to hear your alternative interpretation of the data. As for educational implications of our work, we ourselves would not go as far as to claim that the curriculum needs to be changed in any way as a result of these findings. You can easily contact us by googling the first author.

Permalink Submitted by Anonymous on January 7, 2012

The conclusion of this research seems to be an example of confusion between correlation and causality.
Another explanation to the conclusion of this research (although I didn't red the article): the brain processes involved for solving the maths problems of the experiment could imply some "higher level" brain activity which is also needed for the brain processes involved in the solving of the language problems of the experiment, the two (language and maths circuitry) working completely differently. An image: it is not because you need electricity to grind your coffee and to prepare your bathwater that the electric boiler works as a coffee grinder.
So the argument is not convincing. But although the argument is weak, it's still possible anyway that math and language brain processes share important common characteristics! More research is needed!