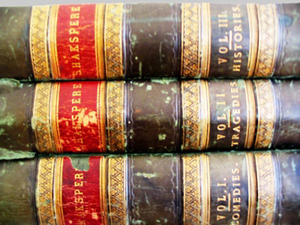 How much information is there in these?

Can you measure information? If you're looking at a telephone book, the number of entries might be a good guide as to how much information it contains. But when it comes to novels, or articles like this one, things get hazy. You could count the number of words, but I can say the same thing using many words, or few. And what if I use another language, or transmit my message in Morse code? Information seems detached from its physical representation, and trying to measure it objectively seems silly.

Yet, it's something that people have been trying to do ever since the 1920s. Back then various means of long-distance communication were already around — telegrams, telephone, the radio. To measure the capacity and efficiency of these transmission channels people needed an objective measure of information. As a result, they've come up with ideas that probe the nature of information, but also find practical applications in the devices we today use every day.

To have any chance of measuring information, we first need to discard of what we hold most dearly about it: meaning. That's because meaning is highly subjective: the simple phrase "I love you" can change your life or leave you cold, depending on who it comes from. Let's instead think of a message simply as a string of symbols and see if we can measure its information content in some way that isn't just counting its length.

As an example, suppose I want to transmit the result of a coin flip to you, using a machine that can transmit the letter H for heads and T for tails. Imagine you have just received a T, indicating that I've flipped tails. How informative is this piece of information? Well, it's not that informative really, because there were only two possibilities; an H or a T. You could have guessed the outcome with a 50:50 chance of getting it right. 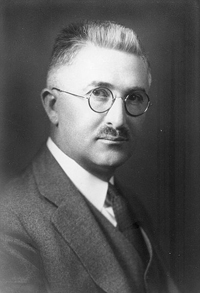 But now imagine I transmit the result of ten successive coin flips to you, using a sequence of Hs and Ts that is ten symbols long. This feels a lot more informative. When there is only one flip, receiving its outcome only rules out one other possibility. But when there are ten, there are a total of

possible outcomes (because there are

different strings of Hs and Ts of length 10). Receiving the information of which one it actually was rules out

This way of thinking suggests that the information content of a string of symbols should be related to how many strings their could be in total. If there are

symbols to choose from (so

in the coin example) and the string is

symbols long, then there are a total of

strings that could be formed. The number

should therefore have some role to play in our information measure.

Back in the 1920s the engineer Ralph Hartley took exactly this approach. Hartley pondered using the quantity

made from an alphabet of

symbols. In our coin example, the information content of a string of ten Ts and Hs would therefore be

Using an alphabet of 26 letters and a space, the information content of a string of ten letters would be

which is a ginormous number.

Thinking a little further, however, Hartley realised that, as a measure of information, the quantity

has a fatal flaw. If we apply it to our coin example, we see that a string of length

while a string of length

So adding an extra symbol to the string has added

amount of information. This means that adding an extra symbol to a string of length

amount if information, while adding an extra symbol to a string of length

, then a string of ten symbols should have an information content of

And a string of

for the information of the string of length

doesn’t comply with this condition, it won’t do as a measure of information.

But Hartley specified a second rule that a measure of information should satisfy. Suppose I have two different machines to transmit messages, one that uses an alphabet of

) and one that uses and alphabet of

) Suppose also that the first machine transmits strings of length

) and the second transmits strings of length

in the example). Since we have decided that information content hinges on that total number, our measure of information should allocate the same value to two strings produced on the two different machines. So we need 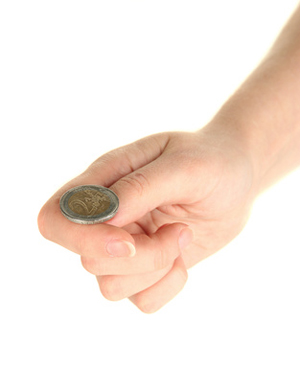 How much information is there in coin flips?

It's quite easy to show that there's only one type of mathematical function that satisfies both rules (1) and (2): it's the logarithm (see here for a short proof).

Thus, Hartley argued that the information content of a string of length

made from an alphabet of

The base of the logarithm doesn’t matter here, we could choose any we want. Since

Let’s just check that this really works. For any

the information in a single symbol is

By rule (1) the information in a string of

symbols should therefore be

which it is, since

so rule (2) is also satisfied.

Hartley's information measure is neat because it works for any message, no matter how long and no matter which language or code it is written in. There is, however, a major flaw: Hartley's measure gives the same value to every symbol. You could well imagine situations, though, in which one symbol carries a lot more significance than another. It took another twenty years until the mathematician Claude Shannon took the first steps around this problem. His work was so fundamental that he became known as the father of information theory. Find out more in the next article.