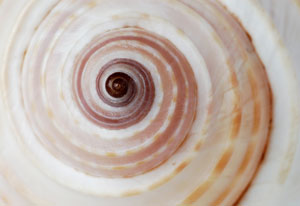 Geometry is something we are born with, according to a new study published in the journal Science. A team of researchers, led by Stanislas Dehaene of the Collège de France, put a series of geometric tests to a remote Amazonian tribe called the Mundurukú, and found that they did just as well as a group of US children — even though their language does not contain words for geometric concepts and they do not receive any geometric or mathematical schooling.

This study contributes to the age-old debate about whether maths is hard-wired into our brain, or something we acquire as we grow up. According to the Greek philosopher Plato, the question already occurred to the famed Socrates over 2000 years ago. Reportedly, he subjected his uneducated slave to geometry tests, and concluded that the slave "must have always possessed this knowledge." Modern psychologists, however, are not so certain. The debate revolves very much around the interplay between intelligence and language, with some claiming that it's our ability for language which preceeds all structured thought. If you can't say it, then you can't think it.

The recent study seems to fly in the face of this linguistic determinism. The Mundurukú do not have the words to describe geometric concepts, so the results seem to suggest that their ability to understand basic geometry does not depend on language. The 14 children and 30 adults were shown 43 sets of six images of geometrical shapes and asked to pick the odd one out. Two examples of the type of images that were used are shown below. As you can see, getting it right involves understanding the concepts of a right angle and an equilateral triangle. For these two tasks the villagers' success rate was 93% and 66% respectively. Taking all the 43 sets of images together, the tribe members got nearly 67% of the answers right — way above the rate of 16.6% one would expect from chance, and about the same as the rate achieved by a group of US children.

The villagers were also asked to find hidden "treasures" by reading a map which pointed to their location. Again, they did just as well as the US children. A group of educated US adults, however, beat the children and the Mundurukú in both tasks.

As Plus reported in the article Speechless maths, this isn't the first study which suggests that basic mathematical ability is independent of language. Last year the psychologist Rosemary Varley tested people who had lost language through strokes, and found that their ability to do arithmetic was unimpaired.

But there also is evidence for the other side of the argument. A study conducted in 2004 involved another Amazonian tribe, the Pirahã, who do not have words for numbers greater than two. It turned out that tribe members were unable to perform simple counting tasks as soon as numbers greater than three were involved. Moreover, in another series of tests, the Mundurukú themselves did quite badly when presented with simple arithmetical problems, though they were just as good as a European control group at providing approximate answers. 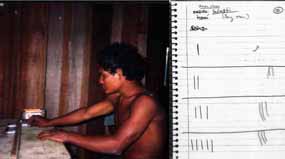 So whom should we believe? The answer is probably "nobody" — at least not for the moment. Whatever the results of a study, there often are many interpretations. Maybe the tribe members are not very good at counting because they never need to do it, and not because they have no words for numbers. On the other hand, maybe they did well in the recent geometric study because of some innate visual ability to spot the odd one out, rather than hard-wired geometrical knowledge. Whatever the truth may be, more research is needed to get at it.