Stefanos A. Zenios, a mathematician and operational researcher at Stanford's Graduate School of Business, has completed new research that could revolutionise the way kidney transplants are managed. His paper, co-written by Zenios with Xuanming Su at Berkeley's Haas School of Business and recently published in the journal Management Science, suggests a new method of handling transplant waiting lists that could drastically reduce death rates and the amount of kidneys that end up having to be discarded. 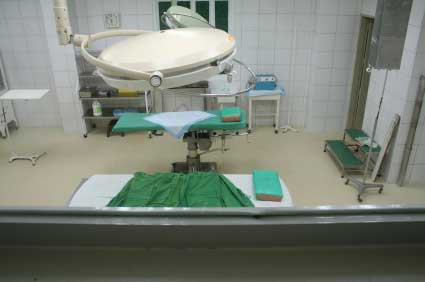 With a new queuing system more kidney patients could be treated in the future.

The science of exploiting advanced analytical methods from maths and stats to help organisations and businesses make optimal decisions and maximise their efficiency is known as operational research (O.R.). For over a decade now Zenios has been using O.R. techniques to find optimal ways to distribute scarce resources, such as human kidneys available for transplant. Using optimisation theory, game theory, statistics, queuing theory and other methods from the O.R. tool box, his new research presents a model which not only gives patients greater choice about their position on the transplant waiting list, but also creates a more efficient and equitable system.

In his paper Zenios calls for the definition of five distinct quality grades for kidneys. When a patient first joins the kidney transplant waiting list, he or she is told how long a wait to expect for each of these grades (higher quality is paired with longer waits) and what the expected outcomes for transplanting each grade are, given their personal health profile. In consultation with a physician, the patient then decides on the minimum grade of kidney he or she would be willing to accept.

Zenios's model essentially creates a sequence of queues for kidneys of various grades. Whenever an organ of a given grade becomes available, it is allocated to the first person in the queue for that grade. This contrasts with the present US allocation system, which is determined by the United Network of Organ Sharing (UNOS), whereby kidneys are allocated based on waiting time and certain medical criteria, and patient choice about the quality of organs is limited. (Interestingly, UNOS is currently considering changes in the kidney allocation system based on earlier research by Zenios.)

Initial simulations indicate that Zenios's model could give an additional 10% of waiting list patients access to organs for transplant, while cutting the current number of discarded kidneys from 11-15% to 3%. Put another way, the system could cut the current death rate on the kidney transplant waiting list (which hovers at 30%) by a third.

"As an O.R. practitioner, I'm fascinated by efficiency gains, and the current national kidney transplantation waiting list is a system that cries out for optimisation," says Professor Zenios. "My research has shown that a purely utilitarian approach can be unfair to certain populations of patients and that more refined models involving shared decision-making between physicians and patients that also provide priority points based on waiting time would achieve a better balance on the efficiency-equity spectrum."

You can read more about operational research and its applications in the following Plus articles: