Don't blame it on the tube 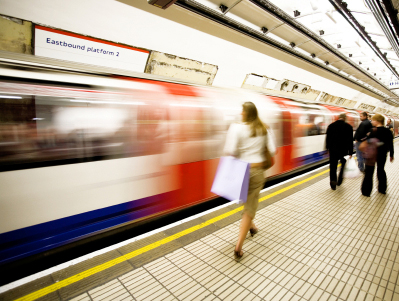 Public transport may not play a large role in transmitting swine flu.

Buses may be safer than babies, at least when it comes to swine flu. Preliminary results from an online flu survey suggest that contact with children poses one of the greatest swine flu risk factors, while the use of public transport seems surprisingly safe.

The UK flu survey, developed by a team of epidemiologists at the London School for Hygiene and Tropical Medicine, has been running since July this year, collecting data on swine flu symptoms from volunteers who regularly update their health status and patterns of social contacts online (see Plus article Swine flu uncertainty). Over 5,000 UK residents have now signed up with the survey. Out of those who have reported swine flu-like symptoms, around 70% said they had frequent contact with children, compared to only around 55% of those who've remained healthy. Respondents who've become ill also tend to live in households with around 50% more children under 5 than those who haven't yet caught the disease. This was to be expected, as children are far more vulnerable to the disease than adults.

Overall, the results indicate that swine flu spreads through social interaction, as people who become ill tend to live in larger households and have slightly more face-to-face and physical contacts than those who don't. However, it seems that simply sitting on a bus is relatively safe: a breakdown of public transport usage for those who've reported swine flu symptoms compared to those who haven't shows very little difference between the two groups. Two other potential risk factors — frequent contact with the elderly and frequent contact with patients — also appear to be safe, as roughly the same proportion of healthy people and people who've been ill have recorded such contacts.

Swine flu in the news

For almost six months now swine flu has hardly been out of the news. We'd like to find out where you found the most useful information on swine flu. Did the media do well reporting on the virus? What about government information? Or did you go to see your GP to find out what to do about swine flu? Please take part in this quick poll to tell us what you think, or tell us exactly what information was useful, or a nuisance, by posting a comment at the end of this article!

While the results of the survey are preliminary — a larger sample and more statistical analysis are needed to confirm the trends that have emerged — it has already proved itself to be ahead of the game in one important aspect: the survey found that individuals in the over-65 age group who had not been vaccinated against ordinary seasonal flu were three times more likely to have experienced swine flu symptoms than those who had been vaccinated. This suggests that the ordinary seasonal flu vaccine affords some immunity against swine flu, even though it wasn't specifically designed for it. The result has since been confirmed by independent research.

Perhaps most importantly, the survey found no evidence of man flu. While the results show that men are slightly less likely than women to see their GP or take medication (perhaps indicating that they're just whingeing), they are no more likely to take time off work when they think they are ill than women. This suggests that if man flu does exist, it is confined to making a fuss at home.

With the autumn flu season just about to start, and the government preparing to roll out its vaccination programme, swine flu is likely to remain in the news headlines for some time to come. Epidemiology is an intensely mathematical area, and the way it's being reported on in the media is a subject close to our hearts here at Plus. So before we add our own bit to the media coverage (in a series of articles to be published later this year) we'd like to know who you think has given you the most useful information on swine flu. Please take part in the quick poll on the left, or post a comment using the link below and tell us what you think!