Happy 20th birthday to the Great Internet Mersenne Prime Search (GIMPS)! And what better way to celebrate than with the discovery of the new largest known prime number, 274,207,281-1, which has an enormous 22,338,618 digits!

Prime numbers, those numbers divisible only by 1 and themselves, have fascinated mathematicians for millennia. Mathematicians think of prime numbers as the atoms of arithmetic: every whole number can be written as a product of a unique set of prime numbers. We've known that there are infinitely many prime numbers since the Greek mathematician Euclid proved this in around 300BC (you can read the proof in A whirlpool of numbers). But there is no discernible pattern in how the primes are distributed amongst the other numbers: this is why there is such excitement when a new prime number is discovered. (Read more in The prime number lottery.) 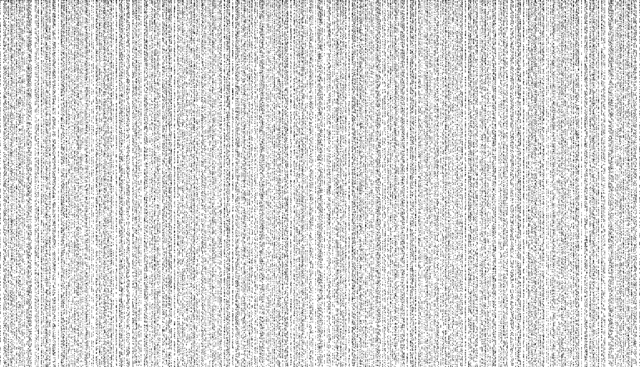 The distribution of prime numbers up to 1531530 – black pixels are prime, white are not. Image by Endlessoblivion CC BY-SA 3.0

GIMPS is the longest running grass-roots supercomputing project, using the spare processing power of computers to find new prime numbers. Thousands of volunteers download software that runs when their computers are idle, with up to 450 trillion calculations per second running on the network globally. The software searches among all the Mersenne numbers – those of the form 2p-1 where p is also prime – and tests if each number is prime. It does this using clever algorithms that divide the task up into many little pieces, each piece running on any one of the volunteers' computers in whatever computing time they have available. This new prime number 274,207,281-1, also known as M74207281, is the 49th known Mersenne prime ever discovered.

M74207281 was discovered by the idling computer of University of Central Missouri (UCM) mathematician, Curtis Cooper, whose computer also discovered the 48th known Mersenne prime. Asked about what the latest find means to him, Cooper said: "I think it means I am very lucky. And, I am privileged to be a part of in the Great Internet Mersenne Prime Search and to have UCM's support that has allowed me to run the GIMPS software on computers in labs across campus."

Cooper and his university are the largest contributor of computer time to the GIMPS project. They'll receive 3,000 US dollars for their part in the discovery. And Cooper shares credit for the discovery with George Woltman, the founder of GIMPS, who also developed the software (Prime95), Scott Kurowski, who created and maintains the PrimeNet system that cleverly coordinates all the computers running the software, and Aaron Blosser who now maintains PrimeNet. And of course all those thousands of GIMPS volunteers that sifted through millions of non-prime candidates also deserve their share of the glory. Therefore the official credit for this discovery will go to "C. Cooper, G. Wolman, S. Kurowski, A. Blosser, et al."

Proving M74207281 was prime took 31 days of computer time. The Prime95 software used also has another use – stress testing computer processors (CPUs). Computers are not perfect and the hardware can contain flaws that wouldn't become apparent to the average computer user. The type and volume of workload that the Prime95 software generates has proved exactly what computer scientists need to test for such flaws. As well as having just discovered a new prime, the GIMPS software has also just uncovered a flaw in Intel's latest Skylake CPU.

Although the discovery of a massive new prime number doesn't, of itself, have a direct application, Cooper feels that it shows that distributed computing projects, like GIMPS, can network computers and work toward a common goal. And as well as the practical application of the GIMPS software to stress testing computer hardware, he said that "the data collected by GIMPS can be used by number theorists to better understand Mersenne primes and prime numbers in general."

So from all of us, mathematicians, computer scientists and manufacturers, and internet users everywhere - thank you to the GIMPS team for all your hard work over the last 20 years and for the 15 Mersenne primes they have discovered!

See other math details about how this prime record is found, see the video https://www.youtube.com/watch?v=FrfFeUnunGk