From planets to universes (part II)

This article is based on a lecture given by Martin Rees at Stephen Hawking's 70th birthday symposium. It is published here by permission. It's the second part of the article — you can read the first part here, but you don't need to in order to understand this one.

Just after the Big Bang

Let's now look backwards to an era before the first galaxies formed. One second after the Big Bang everything was at about 10 billion degrees — a mixture of radiation (mainly photons), some protons and neutrons, and also some other particles that now make up the dark matter. This is as well established as anything geologists tell you about the early history of the Earth.

Our present complex cosmos manifests a huge range of temperature and density — from blazingly hot stars to the dark night sky. People sometimes worry about how this intricate complexity emerged from an amorphous fireball. It might seem to violate a hallowed physical principle — the second law of thermodynamics — which describes an inexorable tendency for patterns and structure to decay and disperse.

The answer to this seeming paradox lies in the force of gravity. Gravity enhances density contrasts rather than wiping them out. In an expanding Universe any patch that starts off slightly denser than average would decelerate more, because it feels extra gravity; its expansion would lag further and further behind, until it eventually stops expanding and separates out.

This movie below shows a simulation of a "virtual Universe" — it models a domain large enough to make thousands of galaxies. The expansion is scaled out, so the picture stays the same size. You can clearly see incipient structures unfolding and evolving. In these galaxy-scale clumps, gravity enhances the contrasts still further, gas is pulled in, and compressed into stars. 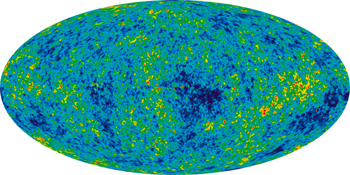 And there's another important point. The initial fluctuations fed into the computer model weren't arbitrary — they're derived from the observed fluctuations in the temperature of the microwave background, radiation which has travelled to us from a time just after the Big Bang, by a number we call Q. The temperature fluctuates by only one part in 100,000. The fluctuations trace tiny variations in the density of matter which, computing forward, are amplified by gravity into the conspicuous structures in the present Universe.

Do we live in a multiverse?

But questions like "where did the fluctuations come from?" and "why did the early Universe contain the actual mix of we observe of protons, photons and dark matter?" take us back to the even briefer instants when our Universe was hugely more compressed still — when energies and densities were so extreme that experiments offer no direct guide to the relevant physics. 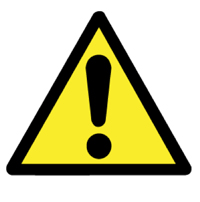 Warning! These are speculative theories.

So let us mention some speculative issues. According to the popular inflation theory the entire volume of the Universe we can see today with our telescopes "inflated" from a hyper-dense blob no bigger than a few centimetres across. And the gross properties of the Universe depend on the physics at these ultra-extreme conditions.

So what are these properties? For instance, do we know how big the Universe is? We can only see a finite volume, a finite number of galaxies. That's because there is a horizon — a shell around us delineating the distance light can have travelled since the Big Bang. But that shell has no more physical significance than the circle that delineates your horizon if you're in the middle of the ocean. We'd expect far more galaxies beyond the horizon. There is no perceptible gradient in temperature or density across the Universe — that suggests it stretches thousands of times further. And that's just a minimum.

If it is stretched far enough, then all combinatorial possibilities will be repeated. There will, far beyond the horizon, be replicas of you, replicas of the entire region we can see today.

Be that as it may, even conservative astronomers are confident that the volume of spacetime within range of our telescopes is only a tiny fraction of the aftermath of the Big Bang, most being in principle never directly observable.

But that's not all. "Our" Big Bang may not be the only one. The most popular idea, developed over the last 30 years, is that of eternal inflation. Our island could be just one island of spacetime in a vast archipelago. There are many variants of this idea — but they are still speculative because they depend on still unknown physics.

A challenge for 21st century physics is to see which of the following possibilities is correct. Are there many Big Bangs rather than just one? If there are many, are they all governed by the same laws of physics? If they are not, some of what we call "laws of nature" may in this grander perspective be local bylaws governing our cosmic path.

There are several features our Universe must possess in order to evolve from an amorphous dense beginning into its present complexity. For example there must be gravity and there must be some fluctuations for gravity to feed on. These conditions might not be fulfilled throughout a multiverse. Many universes could be still-born or sterile — the laws prevailing in them would not allow any kind of complexity. We therefore couldn't expect to find ourselves in a typical Universe. Rather, we'd be in a typical member of the subset where an observer could evolve. This is what's called anthropic selection.

It's interesting to explore what range or parameters would allow complexity to emerge. (Those who are allergic to multiverses can regard this just as an exercise in counterfactual history.) We will illustrate this with the two parameters I mentioned earlier. One is Lambda, which measures the rate of cosmic expansion [see the first part of this article]. String theorists suggest that there could be an immense range of possibilities for its value. The other is the fluctuation amplitude Q, which measures how "rough" the early Universe was. The bigger it is, the earlier structure forms and the bigger the structures get. There is no firm theoretical argument for its values and it is still uncertain.

The figure below shows the allowable region for values of Lambda and Q in which an observer can possibly evolve. If Q is smaller, then there may be no second-generation stars containing heavy elements, and so no planetary systems at all. For really small values of Q gas would be unable to cool. Larger values of Q would lead to a Universe of massive black holes and no galaxies. And for Lambda above the line bound systems won't form because the cosmic repulsion starts to overwhelm gravity before they have started to collapse. We're far from knowing what determines Lambda and Q — even further from putting a measure on the relative likelihood of each combination of constants. But if we could, we'd know whether we are in a typical habitable Universe. 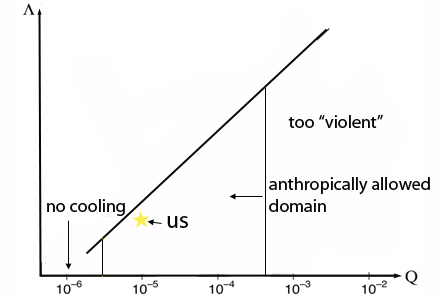 The allowable region is of Lambda and Q.

I started this talk by describing newly-discovered planets orbiting their stars. I'd like to end with a flashback to planetary science 400 years ago. At that time Johannes Kepler thought that the Earth was unique, and that its orbit was a circle, related to the other planets by beautiful mathematical ratios. We now realise that there are zillions of stars, each with planetary systems. The Earth's orbit is special only insofar as it's in the range of radii and eccentricities compatible with life. 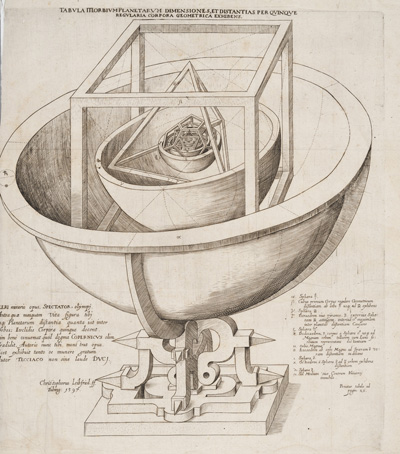 Kepler's model of the solar system from Mysterium Cosmographicum (1596).

Maybe we're due for an analogous conceptual shift on a far grander scale. Our Big Bang may not be unique, any more than planetary systems are. Its parameters may be "environmental accidents", like the details of the Earth's orbit. The hope for neat explanations in cosmology may be as vain as Kepler's numerological quest.

If there is a multiverse, it will take our Copernican demotion one stage further — our solar system is one of billions of planetary systems in our Galaxy, which is one of billions of galaxies accessible to our telescopes. But this entire panorama may be a tiny part of the aftermath of "our" Big Bang, which itself may be one among millions.

It may disappoint physicists if some of the key numbers they are trying to explain turn out to be mere environmental contingencies. But in compensation, we'd realise that space and time were richly textured — on scales so vast that astronomers aren't directly aware of it — any more than a plankton whose "universe" was a litre of water would be aware of the world's topography and biosphere.

Stephen Hawking famously enjoys betting on scientific issues. So do others.

At a conference in Stanford there was a panel discussion where the panelists were asked how strongly they'd bet on the multiverse concept. I said that, on the scale "would you bet your goldfish, your dog or yourself" I was on the dog level. Andrei Linde said he was far more confident — after all he had devoted 25 years of his life to the eternal inflation idea. And the great theorist Steven Weinberg later said he'd happily bet Martin Rees' dog and Andrei Linde's life.

I wonder what Stephen Hawking would offer. He certainly takes the multiverse seriously. His newest book is called The grand design. Nothing could be grander than this concept — and none a greater challenge to younger scientists. 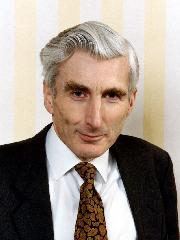