New analysis of the 2009 H1N1 influenza pandemic in the US shows that the pandemic wave was surprisingly slow, and that its spread was probably accelerated by school-age children.

The most detailed analysis to date of the 2009 H1N1 ("swine flu") pandemic has found that short-range travel was likely the primary driver in the United States, in contrast with popularly accepted views on the way diseases spread. The study, based on data gathered from health insurance claims made throughout 2009, found that international air travel, which was previously thought to be important in the pandemic, played only a minor role in its spread within the US.

A team of researchers from University of Cambridge and the US, including Princeton University and National Institutes of Health, analysed data from 271 American cities and their surrounding suburban areas, covering 90% of the population of the 48 contiguous states. The data were used to test mathematical models to pinpoint the role and importance of factors associated with H1N1's arrival and spread, including demographics, school opening dates, humidity levels and immunity from previous outbreaks.

According to this new analysis, school-age children accelerated the spread of the pandemic, which was transmitted over short distances, in contrast with widespread reports at the time linking the pandemic to international air travel and population density. The results are published in the journal PLOS Computational Biology.

The H1N1 influenza virus spread rapidly around the globe in 2009 after it was first identified in Mexico. The US Centers for Disease Control (CDC) estimates that the global death toll from the 2009 pandemic was more than 284,000. The virus hit the United States in two distinct waves during 2009: one in the spring, which was limited mainly to the North Eastern part of the country; and a second wave in the autumn, which started in the South Eastern US and gradually spread across the whole country over a period of three months.

Previous research on the pandemic found that environmental factors, timing of the end school holidays, population sizes and air travel contributed to its spread, but this new research has found that transmission occurred primarily over short distances and that school age children may have catalysed the spread. 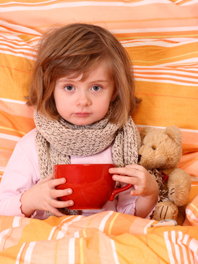 "There is so little detailed analysis of the way in which pandemics spread — so much of the current thinking is based on opinion and presumption," said Julia Gog of Cambridge's Department of Applied Mathematics and Theoretical Physics, who led the research. "We have a view of how diseases spread in the medieval times, and it is often said that the modern world is completely different as we have long distance high volume air travel. However what we find here is that although air travel must have caused the initial 'sparks,' the bulk of the pandemic wave was very slow, travelling at about 22 kilometres per day. This really challenges our views of modern pandemics."

In collaboration with researchers from a number of American universities, Gog analysed weekly numbers of patients who reported influenza-like illnesses to their physician, organised by zip code. The data enable the researchers to explore the pandemic's spread in more detail than had previously been possible, as well as identify any gaps in the data and validate existing models.

"It's remarkable that in an era of widespread air travel and regional ground transport that this pandemic spread so slowly," said Gog. While international air travel did play a role in the initial seeding of the outbreaks in spring 2009, it played a relatively minor role in the later spread. The researchers hypothesise that H1N1's relatively low rate of transmission meant that in many cases, the virus failed to "take" after being introduced to a community through air travel. In contrast, repeated transmission over short distances started chains of infection which then contributed to the overall spatial spread of the pandemic.

The travel patterns of children also appear to have played an important role. While one might assume that the movements of children would primarily be between home and school, there is little available information to confirm this. "his is just not studied," said Gog. "Especially in densely populated areas, any parent will tell you that their child travels over relatively short distances each day, but we simply don't have the data to back that up."

In addition to broadening understanding the dynamics of a pandemic, the researchers hope that the potential role of children in influenza spread might lead to more information on this age group's role in infection transmission.

This article was produced by the University of Cambridge. You can find out more about Julia Gog's work in this Plus article and about the maths of diseases in general in this package.