Understanding uncertainty: The maths of surprises


A family has three children all of whom were born on January 29th.

Two women admitted to hospital on the same day die of the same infection within two days of each other.

Both of these stories recently hit the headlines and for good reason: they describe pretty rare events. Indeed, the second event seemed so unlikely to have occurred by chance that it prompted a hospital inquiry, which put the deaths down to coincidence. But can this be true? How do you go about figuring out how surprising these events really are?

In many situations a quick back-of-the-envelope calculation can give you quite a lot of insight. To get the idea, compare the following two statements:

Last week someone won the lottery.

This week you win the lottery.

The first statement doesn't come as much of a surprise, but the second definitely does. The reason is simple: the chance of an individual winning the lottery is tiny, but there are so many people buying lottery tickets that it's quite likely that there'll be a winner at any given draw. 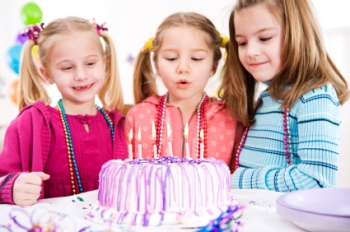 Three on the same day?

We can use this reasoning to figure out the chance of three siblings sharing a birthday. Let's assume that the birth of a baby in a family is equally likely to occur on any day throughout the year.

But there are 24,000,000 households in Great Britain. One million of them are made up of a couple and three or more dependent children.

Therefore we would expect there to be 1/(365 × 365) × 1,000,000 = 7.5 families in Britain to have three children all born on the same day. So this family is unlikely to be unique in this country. We said this to the journalist from the Times, but it didn't get into the published story!

Following the news coverage, other families reported three siblings all being born on the same day.

Now for the more unpleasant task of examining the hospital deaths. The infection in question was Streptococcus A and the maternity unit was in the Royal Hampshire hospital.

The report Saving Mothers' Lives, published by the Confidential Enquiry into Maternal and Child Health in December 2007, provides the basic historical data we need: 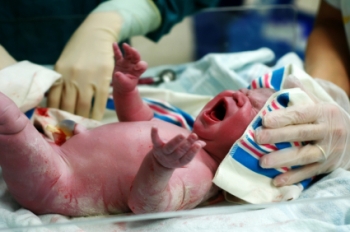 But we need to consider the number of opportunities for such an event to occur to any two mothers admitted to hospital on the same day, given that the Royal Hampshire handles around 3000 births a year, and is only one of many units in the UK.

It helps to think of the really surprising event — the second death. So first let's assume there has been a death from Strep A on a maternity unit the size of the Royal Hampshire. There are on average around 8 admissions a day, and so the chance that another of those admitted on the same day would die is around 1/250,000 for each of the remaining 7 mothers, which is 7/250,000 or about 1 in 35,000.

Therefore we would expect, on average, that once in every 13,000 years a UK maternity unit will have two mothers who were admitted on the same day die from Strep A — this really is a very remarkable event, assuming it happened by chance alone.

For comparison, it's possible to work out that, on average, once every 9 years a UK maternity unit will have two mothers who were admitted on the same day die from some cause or other. The fact that two women admitted on the same day both die would not be such a remarkable coincidence, even though the maternal death rate is so low. It is the fact that in this case they both died of the same infection that is relevant.

So were the deaths coincidence? 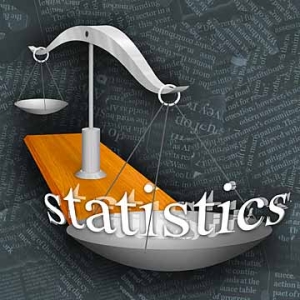 These are two totally different questions and so have totally different answers (but if you have trouble grasping this, you will be joining almost all lawyers and judges!). Working out the second quantity — that coincidence was at work — requires a lot more information and can't be assessed easily. Think of it this way: assuming that the lottery is truly random (in other words that coincidence is at work), the probability of you winning the jackpot is very low. But can we conclude from this that if you do win, you must have cheated? Of course not! See the Understanding uncertainty website or the Plus article Beyond reasonable doubt for more information on this.

The maths of surprises

It's relatively easy to generalise these ideas to get a theory of rare events. Suppose that the chance of the event occurring in a single instance is

, which is small. This could be, for example, the chance of an individual winning the lottery. Suppose that there are

opportunities for the event to occur. In the lottery example this corresponds to the number of tickets bought. Then

is the expected number of times the rare event will occur. It's an average: if we observe many lottery draws, then we expect to see

winners per draw on average.

So, overall, we have that the probability of at least one event occurring is

, this is approximately equal to where

is the base of the natural logarithm. This makes it very easy to work out the chance of at least one rare event occurring, as in the following table:

The chance of at least one event occurring grows with

- what seems rare at first becomes very common indeed if we only give it enough opportunities to occur. The lottery example illustrates this: suppose that each ticket has a

chance of winning and that

tickets are sold in total. Each ticket has a

chance of losing, and the chance that there is no winner at all is

are given in the table below.

A particular ticket wins the jackpot if it matches the 6 balls drawn out of 49, and so has chance

is the number of ways you can choose 6 objects out of 49. This means that

is about 2.6. There should be a 7% chance that no-one wins and there is a rollover, assuming lottery ticket numbers are chosen at random. In fact people tend to choose particular patterns of numbers that feature birthdates and so on, which would increase the rollover rate. Up to June 11th 2008 there had been 1301 draws and 234 rollovers. This puts the rollover rate at 18%.