What is a block universe?

From space and time to spacetime

In my own small way, I have power over space. I can choose where I want to be: I can stay in bed here in London; I can get up and go into the lovely Plus office in Cambridge; I can even choose to catch a plane across the planet and visit my family in Australia. The three-dimensional space we live in is something I can move through and explore at my will, within the constraints of transport, technology and my bank balance. 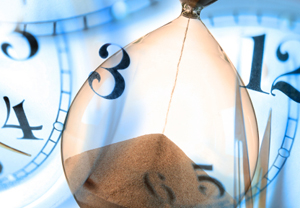 We have no power over time...

I do not, however, have any power over time. I cannot chose when I want to be – no matter how much I yearn for the past or look forward to the future I can only be now, in the present. I cannot make time pass faster, or slow down, or stand still, no matter how much I'd like to when I’m in the dentist's chair or enjoying a particularly lovely afternoon in the sunshine. Time moves inexorably forward. And no amount of technology or money seems to be able to change that.

This is very convincing evidence from human experience. But in his theories of special and general relativity in the early 20th century, Albert Einstein fundamentally changed how science views time and space, revolutionising our understanding of the Universe.

Time is relative: a clock ticks faster on a satellite in orbit around the Earth than for one remaining on the ground. And Einstein's most revolutionary idea was that time and space are not separate, distinct entities. They are simply the labels we give to the four dimensions of spacetime – the fabric of our Universe. Gravity, caused by massive objects warping the fabric of spacetime, affects not only the movement of an object through space, but also the object's passage through time. At cosmological scales, there is power to wield over time.

When Einstein unified space and time in his general theory of relativity in 1915, he gave us a new way to picture our Universe. "Imagine a regular chunk of cement," says Marina Cortês, a cosmologist from the Royal Observatory, Edinburgh. "It has three dimensions but we live in four dimensions: the three spatial dimensions plus one time dimension. A block universe is a four-dimensional block, but instead of [being made of cement, it is made of] spacetime. And all of the space and time of the Universe are there in that block." 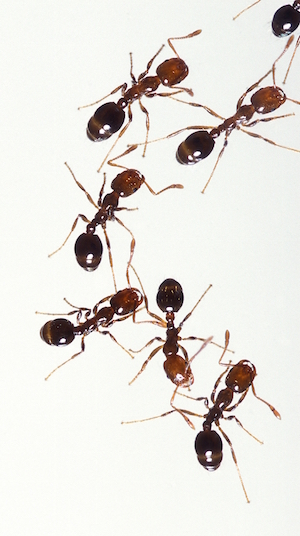 To get a sense of this block universe we have to imagine stepping outside into an extra dimension so that we can imagine the whole block of spacetime there in front of us. This might seem like science fiction, but it might not be: we could just be unaware of extra dimensions.

"Imagine that ants are living on a surface," says Cortês. "The poor ants can't go up, they have always lived on that surface. So they can't imagine that there's something [such as] height." But if one of them, perhaps by accident or by design, managed to build some sort of tower, then all of a sudden this previously unknown third dimension would be open for them to explore. "It's more or less the same for us. In cosmology we frequently think of theories with a fifth dimension [– an extra spatial dimension]. We could imagine devising an experiment that explores the possibility of some energy leaking into the extra spatial dimension."

So with that in mind Cortês suggest we imagine a girl, Alicia, who wants to see the block of spacetime. She steps out of our four-dimensional universe, goes into an extra dimension, and then turns back to look at the block universe.

But if Alicia has stepped out of the block of spacetime, what time is it for Alicia? A consequence of Einstein's unifying space and time is that there are no preferred dimensions; there's nothing special about time. Just as all of space exists in the block, so does all of time. "The importance of this is not so much that there is an extra dimension," says Cortês. "The outrage is more that time is confined in our four-dimensional block." So Alicia lives in a timeless space. And when she looks back at the block universe she sees all of our past and all of our future simultaneously.

"We can imagine that she's looking at us right now, me talking to you over Skype," says Cortês. (Plus chatted to Cortês over the internet as Cortês is currently visiting the Perimeter Institute in Canada.) "And if she looks a bit behind in the block universe she sees us a couple of weeks ago typing email messages and setting up this Skype call. She can even look a bit more behind that and see, say, the dinosaurs ruling the Earth – she sees everything at the same time."

Alicia can see all of our future as well. This seems surprising but is a straightforward consequence of general relativity being a deterministic theory. Suppose you have a slice through the block of cement of spacetime, corresponding to a time, say, of six in the evening in London on 14 April 2016. "General relativity says that if I know the conditions in this instant, I can predict the entire future because the laws [of physics that govern this chunk of spacetime] are deterministic," says Cortês. "The future is entirely written, it's just not accessible to us [inside the block] at this point." 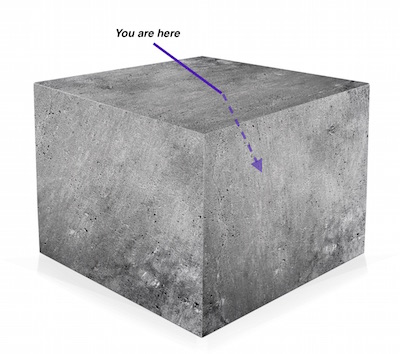 Time is an illusion

So if the future and past are already encoded into the block universe we inhabit – how does that account for our human experience of life, of our inexorable movement through time?

From this block time perspective, time, as we experience in the block universe, is an illusion. "It's not a real, fundamental property of nature," says Cortês. The ticking of time, our experience of time passing, is only because we are stuck inside the block universe, moving forward along the dimension of time. "The fact that we experience moving forward in the block but not outside it comes from the fact that the block picture treats time just as another spatial dimension, and we can step outside of it. Time is not pervasive."

This leads to fundamental questions that cosmologists today are addressing in their theories describing the nature of our Universe. If our Universe is like this block universe, then everything – past and future – has happened and our experience of time is just a mathematical artefact arising from the equations describing the Universe. But then why do we only experience moving forward in time – why can't time flow backwards? What does this tell us about free will? Or is there another theory to describe the Universe that reinstates our intuitive certainty that there is something special about time? Find out more in the next article...

The correct cosmology is given by Dewey B. Larson in his book 'Nothing But Motion'.

[Suppose you have a slice through the block of cement of spacetime, corresponding to a time, say, of six in the evening in London on 14 April 2016. "General relativity says that if I know the conditions in this instant, I can predict the entire future because the laws [of physics that govern this chunk of spacetime] are deterministic," says Cortês. "The future is entirely written, it's just not accessible to us [inside the block] at this point."]

The answer is simple, since you cannot predict the future (or you might run a fortuneteller business), so you are wrong with the above statement.....It is just that simple

Not prediction, relativity of the concept of "present".

It's not a matter of prediction. What you call "the future", for a different observer moving at a different speed relative to you is "the present". You can't deny the existence of that observer's "the present" just because from your point of view that moment is in the future. Your point of view isn't special.
His present and your present are equally real; his happens to include parts of your past, present and future, depending on location.

There are moments in that observer's future that are on your present. Would it be reasonable for him to tell you "those moments in your present don't yet exist, because for me they are in the future". You would think him crazy. You could literally point at that moment in your present and say "it's right there, how can you tell me it doesn't exist?"