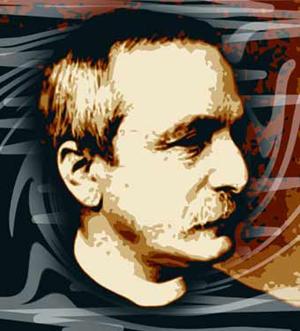 God created the integers, all the rest is the work of man.

We make rational numbers from the integers by allowing division by integers other than zero. Rational numbers were all the Greeks allowed (in fact, they didn't allow negative quantities to stand on their own, so really they only worked with positive rationals). This left them confused - and sometimes frightened - when geometric results such as Pythagoras' Theorem seemed to imply that rational numbers weren't enough.

- but what fraction is that? The answer is that it isn't one -

is an irrational number, that is, one that can't be represented by any fraction of two integers. Modern-day mathematicians call the rational and irrational numbers together the real numbers, and if all you want to do is to talk about lengths, they are all you need. We can think of real numbers as something we get from rationals by taking limits of infinite sequences - for example, a non-terminating decimal is the limit of all of its finite decimal approximations.

The first thing you might ask if you saw this definition is - are there any irrational numbers? How do we know that

is irrational, suppose the contrary, namely that it is rational, so that there are integers

We can also assume that

are mutually prime, that is, that they have no common divisors. Then

is divisible by 2. This means there is another integer

. Substituting into the formula for

and multiplying out we see that

This contradiction means that

is even, so it can be written as

. Substituting into the formula

Dividing across by 2, this means that

is even (just as we could prove

was). But this is a contradiction, because we assumed

had no common factors. This contradiction means that

is irrational, it is the solution of a very simple equation, namely

, which are the solutions to polynomial equations with integer coefficients, are called algebraic, and although an algebraic number may be irrational, it can still be thought of as simple in some sense. But there are numbers which are the solution of no such equation, and such numbers are called transcendental. Since rational numbers are clearly algebraic, the real numbers can be divided into two sets - the algebraic numbers and the transcendental numbers.

It is remarkably hard, and may even be impossible, to tell whether a certain number is algebraic or transcendental. It is known that the two most famous irrational numbers -

- are both transcendental. The fact that

is transcendental means that one of the most famous problems of antiquity - that of squaring the circle - can never be solved.

The problem of squaring the circle is to find a construction, using only a straight-edge and compass, to give a square of the same area as a given circle. Since doing this would amount to finding a polynomial expression for

means that it isn't possible. 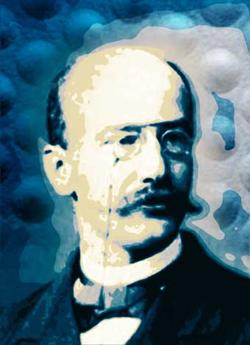 The result was proved in 1882 by German mathematician Ferdinand von Lindemann - but amazingly amateur mathematicians have continued to produce fallacious "proofs" that the circle can be squared to this day!

, which would of course be useful if we could do it, but naturally there would be consequences for the rest of mathematics. In 1897, the Indiana State Legislature almost went as far as legislating to set the value of

equal to 3! The bill was never actually passed, but it came within a hair’s breadth of becoming law.

was finally proved to be transcendental most learned societies had stopped considering circle-squaring arguments sent to them - even though proof of its impossibility was lacking, most professional mathematicians thought it would never be done.

Despite the fact that

are now both known to be transcendental, it is still not known whether

are. It is known that at least one of them must be, but it is not known which. 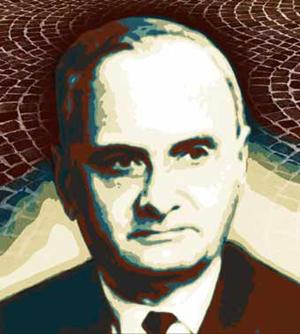 Surprisingly, it is quite easy to prove that

is transcendental. This follows from a theorem proved by two mathematicians, Aleksandr Gelfond and Theodor Schneider independently in 1934.

The Gelfond-Schneider Theorem says that if

is not rational, then

is transcendental. We use probably the most famous result in all of mathematics, Euler’s formula

Taking both sides to the power

It also follows that

are not both algebraic, because if they were, then the equation

Of course, this proof doesn’t tell us which of

is transcendental, or suggest any way to solve the mystery.

For more about this most mysterious number, have a look at Pi not a piece of cake in the news section of this issue of Plus.

This is such a lovely article - really enjoyed reading it.

The density of Rational Numbers is itself interesting

The fact that half of all possible rational numbers have a value less than one is a remarkably beautiful observation.