Maths in a minute: Utility theory

How much is a £100 worth to you? That might seem like an obvious question, but the value might be different for different people: £100 is worth a lot more to someone in poverty compared to a millionaire. And it might be worth a lot less if there is some risk involved. So how do you value how much something is worth, if the value will be relative depending on who you ask?

The answer comes from utility theory, which gotes back to John von Neumann and Oskar Morgenstern's work of the 1940s. Von Neumann and Morgenstern realised that to model something as subjective as perception of risk, you have to measure not the real, objective value of things - money or goods - but the relative value of these things to an individual. This value is called the utility.

Let's look at an example: suppose I flip a coin and you win £1000 if heads comes up, and lose £1000 if tails comes up. You have a 50:50 chance of winning. If you like a bit of a gamble you might accept this, but if you're more cautious, then the risk of losing £1000 may be unacceptable to you. You may feel that the potential gain of £1000 is simply not worth as much as the £1000 you already have. To persuade you to accept my gamble I might have to offer you a potential gain of, say, £10,000. You would then accept the gamble if the risk of losing the £1000 you already have means less to you than the possibility of winning £10,000. 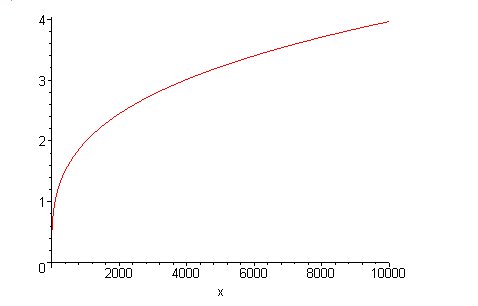 is a measure for your risk averseness: the smaller it is, the flatter the curve, and the greater the amount I'd have to offer you before you're prepared to accept. More generally, the function measuring the utility of something in a given context doesn't need to take the form it does in our example: it could take any form you think is appropriate in the context.

Utility theory may also use utility tables to compare the relative value of various scenarios to the different people they involve, something that is widely used in game theory and economics. You can find out more about how utility theory can be used in practice in Can maths help improve the communities of the future? and How to measure a million.