Why did nature choose quantum theory?

This article first appeared on the FQXi community website. FQXi are our partners in our Information about information project, within which we explored the concept of entropy. Click here to find out more about entropy.

When Jonathan Barrett took his university entrance exam, he was given forty-five minutes to write an essay with the title, "Could things be otherwise?" Now a young lecturer in mathematics at Royal Holloway, University of London, UK, he keeps returning to the question.

Today, Barrett is particularly fascinated by quantum theory, which describes the physics of the atomic realm. He and his colleague Stefano Pironio, at the Free University of Brussels, Belgium, are pondering what makes quantum theory, rather than an alternative physical model, the best bet for navigating our world. "Why," in Barrett's words, "did nature choose quantum theory?" 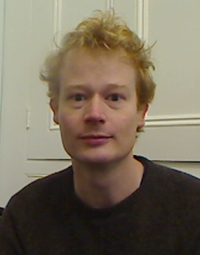 Barrett's first encounters with the quantum theory weren't too memorable, however. "It seemed like a perfectly good bit of technical physics," he recalls, "but not the beautiful and poorly understood thing I know it is now." Quantum mechanics has a reputation for being bizarre; its conventional interpretation tells us, for instance, that reality is indeterministic at its core. Physicists cannot calculate the precise outcomes of quantum experiments before they have been performed; they can only work out the probabilities of getting a certain result (see this article to find out more). But being a probabilistic theory is not enough to define what is special about quantum mechanics. In fact, in recent years, physicists have come to realise that there is a whole zoo of alternative probabilistic theories sharing many of quantum theory's other mysterious-sounding features — such as entanglement, interference, teleportation, and nonlocality. Yet these alternatives have been rejected by nature. Studying these alternatives has already told physicists much about what isn't unique to quantum theory. But what is?

With the help of an FQXi grant of over $110,000, Barrett and Pironio are proposing a new tack on this subtle problem: "What we want to know is whether facts about time can explain why quantum theory has the structure it does," says Barrett.

The duo's collaboration started when Pironio was a Ph.D. student in Brussels and shared an office with Barrett, then a postdoc, who was examining the family of probabilistic theories to which quantum physics belongs. Pironio thought that the key feature distinguishing quantum theory from its siblings might be reversibility. One of the most puzzling aspects of quantum theory is its built-in tension between reversibility and irreversibility. Take an object not interacting with anything else, and it evolves smoothly, predictably, and reversibly. But whack it with a measurement apparatus, and now the theory prescribes an unpredictable, irreversible jump to a new state. This is often exemplified by the paradox of Schrödinger's cat, in which an unfortunate feline is trapped in a box with a vial of poison that will be released if a radioactive atom decays, triggering a hammer that smashes the vial. Before the box is opened, the radioactive atom exists in a superposition state of decayed and not decayed — described by reversible physical equations — and thus the cat is neither alive nor dead. Once the box is opened, however, the cat will be found to be either dead or alive. If dead, you will not be able to turn back the clock and bring Schrödinger's cat back to life. 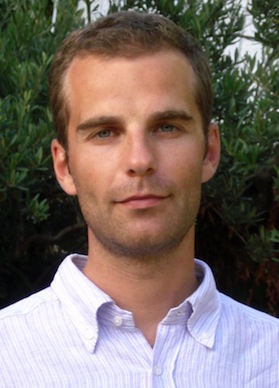 Talk about time's arrow also raises questions about cause and effect. In everyday life, we know intuitively that effects cannot occur before the events that caused them. But quantum theory is notoriously fuzzy about which events cause others. Take entanglement for instance, the quantum phenomenon in which two or more particles become inextricably intertwined in such a way that measuring the properties of one seemingly influences the properties of its partners, no matter how far apart they are separated. Physicists shy away from saying that the measurement on the first particle causes the change in the others, preferring instead to say that the particles' properties are correlated. "And as any good scientist knows," Barrett says, "correlation does not imply causation."

In the 1960s John Bell proposed an experimental test that could explicitly uncover whether quantum-mechanical correlations between two distant events have an intuitive causal origin (see here to find out more). Such Bell tests have now been carried out and consistently demonstrate that entangled particles defy simple cause-and-effect explanations. Bell's work lit many fires, most of them still burning, and Barrett and Pironio want to help clear the smoke. To do so, they have turned to Bayesian networks, a tool often used by scientists to model probabilistic relationships, for instance, between the occurrence of certain medical symptoms and the presence of a particular disease. By adapting the standard Bayesian-network formalism to quantum theory, they plan to reinvestigate the connections between Bell's spooky correlations and causation.

"This is a fruitful topic," says Guido Bacciagaluppi, a philosopher of physics at the University of Aberdeen, UK. "Causality in quantum mechanics and causality in Bayesian networks are now two highly developed areas."

John Cramer, a physicist at the University of Washington in Seattle, adds that examining why alternatives to quantum theory are not realised in nature could have a long-term payoff for those currently struggling to unite the theory with Einstein's description of gravity. "Such an approach could conceivably provide insights into the structure that a theory of quantum gravity might have to have," he says.

Barrett's ambitions are more modest, however. When asked what he hopes to have achieved in ten years from now, he chuckles. "If this were a job interview, I would go on about being an international leader in the field, establishing a broad base of research income." He pauses. "I think the honest answer is that I hope to have had an idea. A good one. Something totally different from anything I'm imagining right now."