DNA profiling is an invaluable tool for the police and the courts to identify criminals. This is because it's extremely accurate: the chance that a random person will match a DNA profile taken from a crime scene is estimated to be less than 1 in billion. However, when it comes to chance and probability, things aren't always as straightforward as they seem. You have to very careful to do your sums properly before jumping to conclusions. 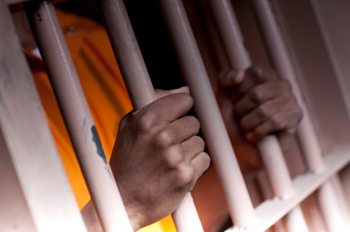 As an example, let's take a controversy sparked by the discovery of a lab worker in the US state of Arizona in 2001. While she was sifting through a database containing DNA profiles of convicted criminals the lab worker found two matching profiles. The two convicts to whom the profiles belonged were unrelated. Subsequent research showed that within the database of 65,000 DNA profiles there were many more matching pairs. This surprised people, because the chance of one profile matching a given profile is so small. Some people suggested that something must be seriously wrong with the technology used to analyse and compare DNA samples. This would pose a terrible problem because if the technology gives rise to unnaturally many matches, then many innocent people might be wrongly convicted of crimes.

To throw some light on this, let's think about birthdays, rather than DNA profiles.

Task 1: Given a group of people (for example your maths class), estimate the chance that one of them has the same birthday as you (eg 1st of July). (Assume that the same number of people are born on every day of the year.)

Task 2: Make a quick guess of how many people would be needed (how big your class would have to be) to have a 50:50 chance that two share the same birthday.

Task 3: Find the exact answer to this question on the Web.

Task 4: What is the difference between looking for a person in a group of people who was born on a given day and looking for two people in the group sharing the same birthday?

Task 5: Does this throw some light on why so many matching pairs were found in the Arizona DNA database?

Here is some guidance on this activity