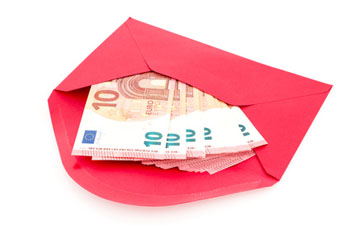 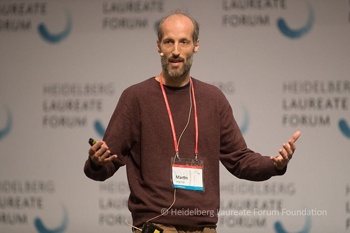 ... but what it changes is unknown. This is why the issue is indeed the distribution.

An example might help. Say your monk (from the link) put a $10 bill in one envelope. He then put nine $5 bills and one $20 bill into a bucket. With his eyes closed, he picked one bill from the bucket and put it in the second envelope.

The statement "one envelope contains either half, or twice, what is the in other" is still a true statement. The chances that you pick the higher, or lower, envelope are indeed both 50%. But if you open your envelope and see $10, the chances are 90% that you have the larger envelope, not 50%.

The formula Exp(other) = (X/2)*Prob(higher) + (2X)*Prob(lower) is correct. What is wrong in the calculation is assuming Prob(higher) = Prob(lower) = 1/2 when you claim your envelope contains X. They are actually the relative probabilities that the pair of envelopes contained (X/2,X) and (X,2X), which you have no way of knowing.

The last "Notice, however" part is right.

Opening the envelope does change the possibility of 2x or x/2. They can't believed to be same as 1/2 anymore.

No math needed to solve the problem, only logic required.

Note that the ONLY assertion being made in the original problem formulation is that the two envelopes contain x and x/2 with EQUAL probability. But because an absurdity follows from this - namely that it is profitable to continually keep switching envelopes - the assertion itself must therefore be false.

If you ask a child to choose a random number from 1 to a million, and he says something like 5, then it's likely he really didn't really randomize his choice.

P(The number is less than any arbitrarily chosen number, N) = 0.

It is thus impossible to choose a random number with no constraints.

Thus the problem is poorly formed.

If you restrict the maximum amount of money so some value, then the problem is trivial and whether or not you should switch (assuming you examine the contents of the chosen envelope before deciding whether or not to switch) is an easy calculation.

2nd half is wrong

The reasoning is flawed for the scenario: 'What if you open envelope A?'

Per Marianne
"It tells you that on average (if you repeated the same wager many times with the same amount $x$ in envelope $A$), you’d do better by switching."

If you open envelope A no new relevant information is gained (assuming no practical limitations of likely $ ranges). Suppose person Y opens A and person Z opens B. Would they not conclude using Marianne's logic that each is better off switching? There is no advantage to switching regardless of the amount revealed in the envelope (again assuming normal $ range estimates arising from practical considerations are excluded).

True, if you had a chance at a 50/50 wager of either losing 0.5x or winning 1.0x, then it would be to your benefit to take the wager. But in the example you open envelope A, you still don't know if the fair value of the game. The fair value of the game is 1.5x (where x is the smaller amount). After opening you don't know if you have the smaller or larger amount by definition. Choosing to play the game you in essence wager 0.5x against the 1.5x fair value. Half the time you lose and are left with 1x, half the time you win and have 2x. Switching after opening is no different.

But what if it's A that contains 2x or x/2 and you switch it for B containing x? Then the expected gain is the result of reversing the subtraction in the above EV equation, namely x - 5x/4 = -x/4. Symmetry.

If you can't know which envelope is which, then you can't know either the advantage or disadvantage, the gain or loss, to switching. The expected gains, positive and negative, cancel. Symmetry.