Emmy Noether and the power of symmetry 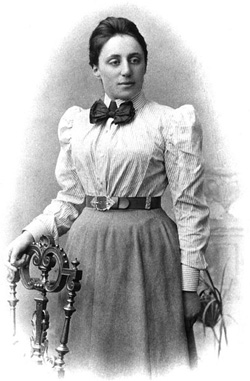 A hundred years ago a result was published that came to shape the character of modern physics. Its author, Emmy Noether, was a woman, a mathematician rather than a physicist, and according to Albert Einstein a "creative mathematical genius".

Einstein went on to become an icon, deservedly, but Noether isn't nearly as famous as her achievements merit. Her escapade into physics only forms a small part of her life work — to mathematicians she is better known for laying the foundations of abstract algebra. But it's a great example of Noether's deep mathematical vision and, with its huge impact on physics, deserves to be much better known than it is.

At the end of 1915 Albert Einstein published his general theory of relativity. It describes the force of gravity which keeps us tied to the Earth and planets in their orbits around the Sun. In fact, since gravity is the only force that reaches over long distances, general relativity describes the Universe as a whole at the scale of planets, stars and galaxies.

One thing that was much on Einstein's mind when he was formulating general relativity was the behaviour of energy. As you will know from bitter experience, energy cannot be created out of nothing, and neither can it be destroyed. A famous desk toy called Newton's cradle (see below) illustrates this beautifully: the energy of one ball passes through a string of other balls as they knock against each other, making the final ball swing out and back again to repeat the process in the other direction. Once the process has been started off by someone, no energy is lost.

It took humanity a while to grasp the rather abstract concept of energy, but once it had the conservation of energy was elevated to a law of nature, which any decent physical theory must include. And indeed, conservation of energy drops out of Newton's mechanics like an egg drops out of a hen: from Newton's second law of motion you can quite easily derive an equation which says that the energy within a physical system always remains the same (see here).

General relativity didn't prove quite so amenable, however. Einstein's final formulation did contain an equation which, so Einstein thought, expressed the conservation of energy in just the same way as similar equations expressed it within other theories. But the eminent mathematicians David Hilbert and Felix Klein disagreed. Having worked through the maths they concluded that the equation was undoubtedly true — but they thought it was true in a vacuous way that held no physical meaning. As a (very loose) analogy, think of the equation

This is always true, but because it tells us absolutely nothing about

, it is also meaningless. As a consequence Hilbert suggested that the conservation of energy had a different status in general relativity than it did in other theories, and that this fact was a characteristic feature of Einstein's theory.

The problem was a mathematical one and therefore required the help of a mathematician with expertise in the theory of invariants — things that do not change, as was claimed to be the case with energy. Emmy Noether was just such a mathematician and, on Hilbert's request, came to the rescue.

While investigating Hilbert's claim about general relativity Noether came up with her impactful result. She showed that if in a physical theory energy is conserved, then the theory also remains the same over time: the laws of nature it describes are the same today as they were a 100 years ago and will be tomorrow. It's a stunning result. The fact that energy cannot be created or destroyed is equivalent to the laws of nature being immutable over time.

Energy is not the only thing Noether's theorem applies to. Two other quantities we know are conserved are momentum (an object's speed times its mass) and angular momentum, something similar to momentum for an object moving in a circle. Conservation of momentum is also illustrated by Newton's cradle. Conservation of angular momentum is what you see when an ice skater who is spinning on the spot moves their limbs flat to their body or curls up in a ball (see video below). There is now less resistance to the skater's motion, and since the energy is the same as before, the skater speeds up.

Noether's result shows that conservation of momentum comes from a theory being the same in some place A as it is in any other place B. Conservation of angular momentum, so Noether showed, comes from the theory being the same whether you are facing East, West, North, South or anywhere in between. This invariance — under shifts in time and space or rotation — is what we would naively expect from nature. The associated conservation laws, however, aren't quite so obvious. They weren't properly discovered until the time of Newton and after.

In maths, when something remains the same under a transformation, we say that it is symmetric under the transformation. This chimes with our usual notion of symmetry in things we can see, such as the picture of a butterfly. We say it's symmetric because it remains the same when you reflect it in the vertical axis running down its centre. Noether's result establishes a deep connection between symmetries and conservation laws and is completely general: for every symmetry (not just the ones mentioned above) there is some quantity that is conserved. To prove it she used an area of maths that what especially developed to understand symmetries, called group theory. In Noether's own words, her mathematical treatment can be seen as "the greatest possible group theoretic generalisation of general relativity".

Noether's result had such a big impact because it showed how important symmetries are in physics. When conversation laws first appeared they gave physicists another angle from which to investigate physical systems. Noether's result goes a step further. It puts mathematicians' understanding of symmetries, which was well advanced even a hundred years ago, at physicists' disposal.

Modern physicists have taken this idea to an extreme. Rather than formulating a theory first and then looking for its symmetries later, they first decide what symmetries their theory should posses and then see how reality fits in with that. The approach has had startling success. Several fundamental particles, including the famous Higgs boson, were predicted to exist based on the assumption that certain (rather abstract) symmetries exist, and only later discovered in experiments. The hope is that symmetry will eventually guide us to the hotly sought after theory of everything (you can find out more in this article).

And what about Einstein? 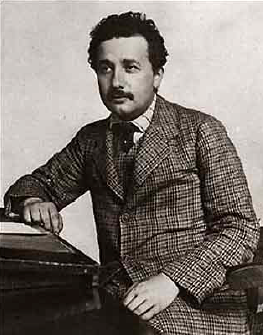 What we have just described is just one of two results proved in Noether's 1918 paper Invariante Variationsprobleme ("invariant variational problems") — and it doesn't apply to general relativity. The symmetries we alluded to above are global transformations in the sense that they do the same thing to every point in the space they act on. If you shift every point along by a fixed distance in a fixed direction, or rotate it through a fixed angle about a fixed axis, then every point experiences exactly the same thing. Noether's first theorem only applies to theories whose symmetries are all global. If that's the case, then each of the symmetries corresponds to a conservation law.

Not a swimming pool 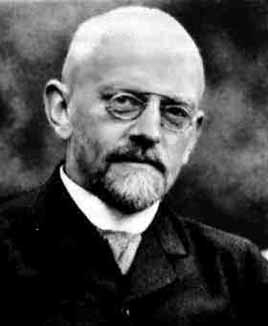 Einstein, for his part, was impressed by Noether's insight. In a letter to Hilbert he wrote, "Yesterday I received from Miss Noether a very interesting paper on invariant forms. I am impressed that one can comprehend these matters from so general a viewpoint. It would not have done the old guard at Göttingen any harm had they picked up a thing or two from her."

Her paper on variational problems was one of the ones Noether submitted to the University of Göttingen in order to gain her "Habilitation" that is, her right to teach. She had already tried habilitation a few years earlier, with Hilbert's support, but had been denied it because she was female. Without it she had worked unpaid. Einstein, Hilbert and Klein were never happy with this sexism. According to a famous student of Hilbert, Hermann Weyl, Hilbert once said at a faculty meeting, "I do not see that the sex of a candidate is an argument against her admission as a [university teacher]. After all, we are a university not a bathing establishment."

You can find out more about Noether's personal life and the challenges she faced as a female and a Jewish mathematician in this article.

Marianne Freiberger is Editor of Plus. She would like to thank David Berman, Professor of Physics at Queen Mary, University of London, for his very useful advice on this article, and Katherine Brading, Professor of Philosophy at Duke University, for the fascinating lecture she gave at the LMS/IMA joint Noether celebration in September 2018.

"less resistance to the skater's motion"

Misleading statement : this is an example of the conservation of momentum, resistance is irrelevant to that. Now, if you were discussing how energy is dissipated it would be a different matter.

I think they mean rotational

I think they mean rotational inertia. I don't know why they didn't use that term.

Emmy Noether and the Power of Symmetry

I really enjoyed your article, its a really help to show what Noether did for advancing the knowledge and progress in a world nowadays is misogynist in many areas, usually people observe the decorative things and not in the deep things behind the simple, as Noether and others showed mankind