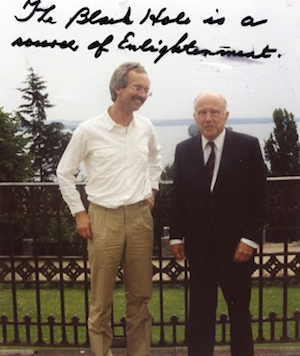 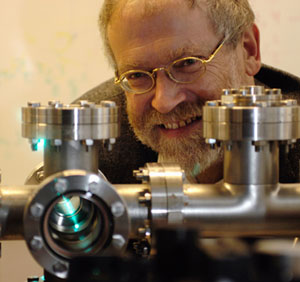 Permalink Submitted by Anonymous on December 25, 2015

Permalink Submitted by Anonymous on January 15, 2016

The most popular interpretation of the Quantum Enigma (Copenhagen) posits that a particle becomes "real" only when observed. This brings to mind a question that can be best expressed by an analogy to the macro world. During the War of 1812 the Battle of New Orleans was fought some time after a peace treaty had been signed. The combatants were unaware that the war had ended because of the communication delay. The war was simultaneously over and still in progress. The question this poses to quantum theory is would a particle that has been observed (waveform collapsed) appear real to a subsequent observer?

Permalink Submitted by magusx on August 3, 2019

“we are participants in bringing into being not only the near and here, but the far away and long ago.” so what does that tell you about the civil war? "a pre-life Earth would have existed in an undetermined state, and a pre-life universe could only exist retroactively.". wheeler has proven every bizarre claim he has made, wheelers delayed choice proves P.A.P, and it from bit. he did not design that experiment for giggles.

Permalink Submitted by Anonymous on March 19, 2016

...and wondering why it doesn't show a number before stopping the dice. I think it's time for physics to face the fact, that some characterisics doesn't exist all the time. But I won't go so far to say there is no reality beyond that, because the dice exists.

I have been trying to get a general idea of what can collapse the field into a defined reality for awhile now, I see a lot of information but most of it does not address my wonderings on the subject very well. I have wondered if a bug were placed as a detector (bug consciousness, yet consciousness) whether that is enough to collapse the wave to produce a two bar pattern in the double slit experiment and after reading this article, it appears possible, that any kind of measurement will do that. So, what are the implications of that?

Permalink Submitted by Stanley B. Siegel on March 14, 2017

As a kid around 12, I came across a statement , attributed to an Arabic scholar of mideaval times , as i recall that mirrors Wheel's metaphor of the island . "The greater the diameter of light, the greater the circumference of darkness ". I wonder , in the presumed singularity before the Big Bang, " what observed what ? ", put differently,
if Entropy = 1, is there anything at all ?, so out of nothing something comes ??? Fun craziness to play with on a snowy day .