No maths for Europe

Think about democracy and you soon find yourself thinking about maths. The European Parliament, which will see elections this month, is no exception. The people of (probably) 28 EU member states need to be represented by politicians who fill a fixed number of parliamentary seats (currently 751). But how many seats should each member state get? And how should the allocation change whenever a new country joins — or an old one leaves? 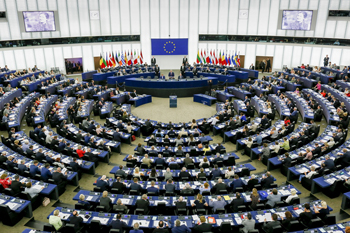 If you treat countries as units then you can give each of them the same number of seats and be done with it. But since member states are made up of people, who should all be represented equally, it makes sense for the number of seats a country gets to be proportional to the size of its population: more people mean more seats. The problem is that population sizes vary hugely — compare Germany's nearly 83 million to Malta's 460,300 — so strict proportionality would mean that smaller countries hardly get a foot in the door.

To avoid this, larger EU member states have agreed to be generous: they are happy to be slightly under-represented in Parliament so that smaller member states can be better represented. This show of solidarity is known as degressive representation. The Lisbon Treaty of 2009 enshrined it into law. It also stipulates that no country should have fewer than 6 or more than 96 seats, and that the European Parliament should have no more than 751 seats in total.

Up until now, whenever a new country joined the EU, seats were allocated through political bartering. Some sort of principled method, an algorithm, would obviously be better: it would be fairer and more transparent, and could be repeated every time a country joins (or leaves). Back in 2010, long before the Brexit era, rapporteur of the European Constitutional Affairs Committee Andrew Duff approached mathematicians at the University of Cambridge for a mathematical solution (find out more here). The Brexit referendum made the problem more pressing: when (or if) Brexit happens, the UK's 73 seats will suddenly become vacant and the remaining composition of Parliament off kilter.

In response to Duff's initial approach a committee of mathematicians from around Europe was formed, working to three non-mathematical constraints. "The first was that the system should be durable with respect to changes in size and shape of the EU," Geoffrey Grimmett, who established and chaired the committee, told us in 2011. "The second was that it should be transparent, we should be able to explain it to people. And the third was that the system should be impartial to politics, it shouldn't favour particular groups or nations."

Grimmett's committee reached the unanimous conclusion that seats should be allocated to member states according to a method they called the Cambridge Compromise. The idea is straightforward. To begin with, every member state, no matter how big or small, is given 5 base seats. That's extremely degressive because population sizes don't even enter the picture. The remaining seats are then allocated proportionately to population figures: if a state has a population of

seats, for some divisor

(which we'll explain in a moment). For example, if the divisor

is chosen to be 1 million, then a country with a population of 10 million gets 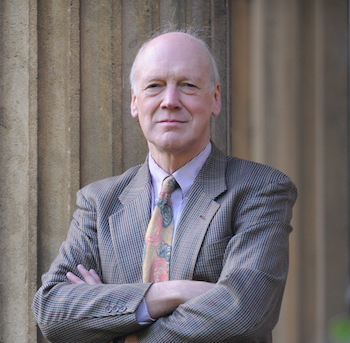 Geoffrey Grimmett, Professor of Mathematical Statistics at the University of Cambridge.

is a whole number. "You can’t give a country, say, 63.3 MEPs," explained Grimmett. "MEPs simply can’t be cut up that way. So you need to decide how to round fractions to whole numbers." The mathematicians settled on upward rounding: when

It’s been shown that this way of rounding gives a slight advantage to smaller member states over larger ones, something that fits well with degressivity.

upward will always give you at least 1). If a country is allocated too many seats, you overrule the calculation and cap the number of seats at 96. As for the divisor

The Cambridge Compromise seems easy enough, but it comes with a hitch. If you allocate seats using this method, making sure not to exceed the 751 seat total, you find that some member states lose seats. This is a political no-no, which is why Grimmett, with his colleagues Friedrich Pukelsheim and Kai-Frederike Oelbermann from Augsburg, Germany, came up with another method called the Power Compromise.

This method again starts by giving every member state five base seats. But rather than allocating the remaining seats by calculating

as above, we calculate

. The exponent is less than 1 and is chosen, along with the divisor

, so that no country gets more than 96 seats and that the total number of seats is whichever number you want it to be. As before, fractional numbers are rounded upwards.

For example, if we choose

, then for a country with a population of 10 million we get

which is rounded upwards to 2. Taking into account the 5 base seats, the country therefore gets 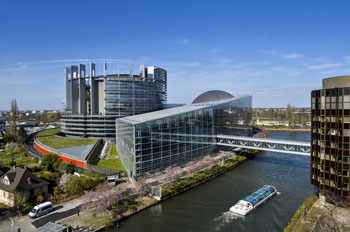 If this calculation has caused you to glaze over then you have already spotted one disadvantage of the Power Compromise. Power functions are harder to explain to people than straight proportionality and are also harder to interpret. Simply dividing the population size by

tells you how many MEPs you need to have one of them per 1 million citizens. But dividing

tells you how many MEPs you need to have 1 per...what, exactly?

It turns out that the Power Compromise wouldn't cause any country to lose seats compared to the current allocation, as long as the parliament contains at least 723 seats.

In January 2017, with a view to the May 2019 elections, the European Constitutional Affairs Committee (AFCO) hosted a workshop in Brussels at which it solicited advice from invited mathematicians. The Cambridge Compromise and the Power Compromise were two methods presented at the workshop, alongside two variants developed by others: a modified version of the Power Compromise, and a method based on so-called adjusted quotas, which avoids seat losses for a parliament bigger than the permitted 751 seats. (You can find out more about both here).

Maths appears mysterious to some, but politics is more so. After the workshop in January 2017 AFCO entered a lengthy deliberation period. As with anything else, speculation about Brexit scuppered progress considerably, though eventually AFCO took a practical approach: assume, as seemed highly likely at the time, that the UK won't be around for the 2019 to 2024 legislative period and come up with a brand new composition of the European Parliament which excludes the UK. If the UK ends up remaining after all, carry on with the current composition, and if it quits within the 2019 to 2024 period, perform a spontaneous switch from old to new. 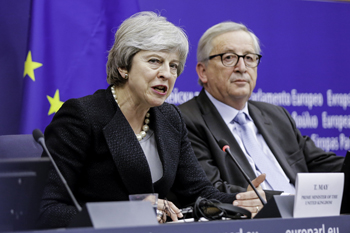 In the summer of 2017 AFCO indicated what it wanted for the new composition: no member state should lose seats, degressivity should be respected, and the total number of seats should be between 700 and 710. This blew the power comprise out of the water: for nobody to lose seats it needs a parliament of at least 723 seats. But Grimmett and his colleagues came up with a variant of the Cambridge Compromise which would fit the bill. Other participants of the workshop also suggested alternatives (find out more here).

In January 2018, after deliberations behind closed doors, AFCO finally announced the new composition — and surprised everyone by not taking recourse to any kind of method or formula. This is disappointing not only in a mathematical sense. "AFCO was obliged to agree on a process which is objective, fair, durable, and transparent. It has not met this obligation beyond achieving degressivity," Grimmett and Pukelsheim write in this paper. "Parliament missed this opportunity to proceed from the dark ages to an era of enlightenment." You can see the new composition, along with the current one, below.

Andrew Duff, who made initial contact with mathematicians at Cambridge, is angry too. He blames the "unfamiliarity of most politicians with mathematics" and pressure from member states that are currently over-privileged in terms of seats for AFCO's failure to adopt a mathematical formula. In June 2018 the European Commission adopted the proposed new composition. Perhaps, with all the headaches caused by Brexit, the maths proved too much for parliamentarians.

You can find links to relevant articles, reports and videos on the webpages Geoffrey Grimmett and Friedrich Pukelsheim.

The old and the new compositions of the European Parliament

The following table gives the current (April 2019) seat distribution of the European Parliament, which still includes the UK, and the new composition which will come in force once the UK leaves.