Maths in a minute: the Fibonacci sequence

Hear the music of the Fibonacci sequence in our podcast! 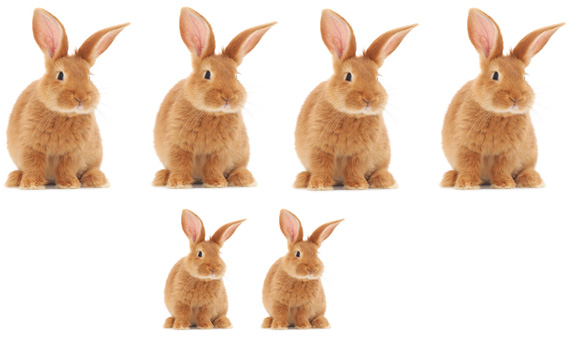 Real rabbits don't breed as Fibonacci hypothesised, but his sequence still appears frequently in nature, as it seems to capture some aspect of growth. You can find it, for example, in the turns of natural spirals, in plants, and in the family tree of bees. The sequence is also closely related to a famous number called the golden ratio. To find out more visit our collection of articles about Fibonacci and his mathematics. And if you'd like to hear how the Fibonacci sequence sounds you should listen to our podcast!

Read more about...
Maths in a minute
Fibonacci
Fibonacci number

The rabit as a cover of this page, which attracts me to open the post. The number of rabbit is a good way to apply in mathmatics. That's funny!

If you start with 0 and 1 then every number after those is the sum of the two numbers preceding it.

History of the Fibonacci Sequence

The Fibonacci sequence was actually discovered much earlier by Indian poets and linguists who came across this sequence while studying Sanskrit poetry. More information on this can be found, for example, on the wikipedia page for the Fibonacci numbers: https://en.wikipedia.org/wiki/Fibonacci_number. This topic is also discussed by the Fields Medallist Manjul Bhargava in multiple lectures on YouTube.

Hence, in this article, under the heading 'Where does it come from'?, it might be pertinent to mention that this sequence was in fact discovered much earlier. This might help dispel the misunderstanding that Fibonacci was the first one to come across this sequence. It will also enrich the article by showing the readers how this sequence arose from a completely different (and surprising!) context- poetry!