Maryam Mirzakhani has been awarded the Fields Medal, the most prestigious prize in maths, at this year's International Congress of Mathematicians in Seoul.

Maryam Mirzakhani developed her childhood interest in maths during difficult times: during the war in Iran. "Those were hard times," she said, "but I was part of a lucky generation, as a teenager things became more stable." She is now being honoured for her "rare combination of superb technical ability, bold ambition, far-reaching vision, and deep curiosity" which led to "striking and highly original contributions to geometry and dynamical systems".

To glimpse the world Mirzakhani's vision has penetrated, start with something familiar: the ground you are standing on. Despite your better knowledge about the shape of the Earth, when you're walking around on it, that ground feels flat. Any patch of the Earth feels very much like a bit of the two-dimensional plane.

The surface of the Earth is an example of a mathematical surface: a shape which can be covered in little overlapping patches, each of which can be mapped on a piece of the plane (it's homeomorphic to the plane to give it its proper name). A sphere is just one example of a mathematical surface. Others are the surface of an orange, or a football, or a doughnut.

But how many different surfaces are there? On the face of it, there seem to be zillions. Each orange comes with its own characteristic bumps and each potato with its own knobbliness, so you get a vast number of different surfaces simply from fruit and veg. However, once you turn a blind eye to the bumps and wobbles, things become a whole lot simpler. If you consider two surfaces to be the same if they can be deformed into each other without cutting or gluing, then all oranges and footballs correspond to the same shape: a sphere. Similarly, all doughnuts in the world correspond to a smooth and regular ring shape called the torus. These two classes of objects are essentially different from each other, however, since there is no way of turning a sphere into a torus without cutting or gluing: there is no way to create the hole. 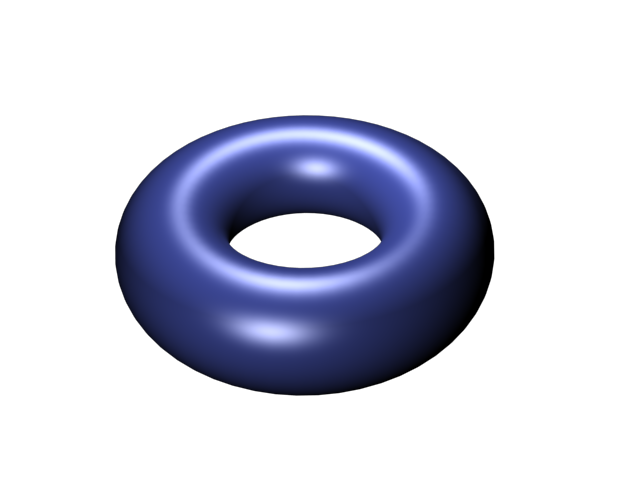 It turns out that the number of holes is what defines a surface if you are blind to deformations. Any surface that is closed (it has no edge you can fall over when walking around on it and can be covered in a finite number of patches) and orientable (it has an inside and an outside) can be deformed either into a sphere, or into a torus, or into a torus with two holes, or three holes, or four holes, and so on, but these are the only possibilites. By allowing deformations we have turned the bewildering zoo of surfaces into a neat family, with each surface characterised by the number of holes it has.

Viewing surfaces in this way means liberating them from their geometric constraints -—sizes and angles no longer matter because they change when you deform a surface. It also means that you no longer need to think of surfaces as sitting inside some ambient space. This abstraction provides lots of space for playing around. For example, you can impose geometric structures on an abstract surface, ways of measuring lengths and angles etc. Then there are two types of questions: you can investigate that particular structure, or you can see what happens as you vary the structures you impose. Both type of questions require lots of intuition and technical knowledge to understand — and that's exactly what Mirzakhani excels at. 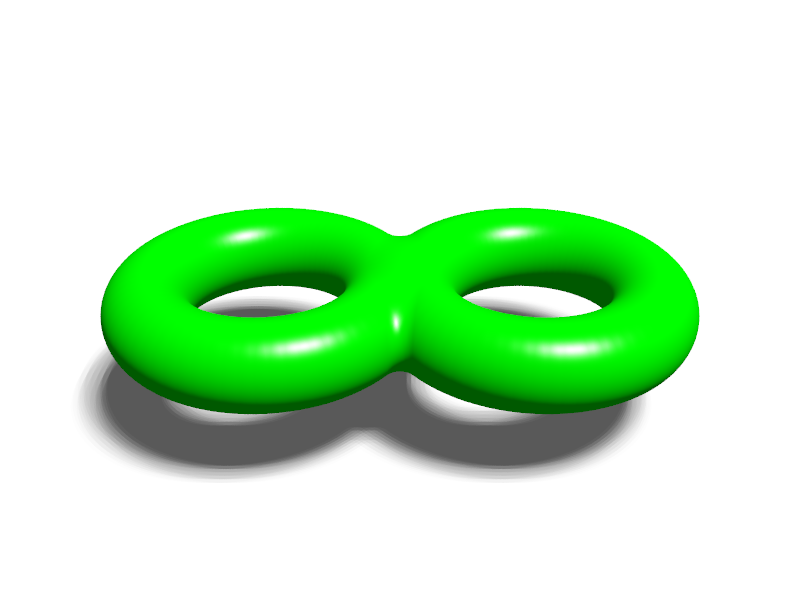 This way of thinking about surfaces may appear quite abstract, but it can arise quite naturally from concrete maths problems. For example, if you try to understand the paths of billiards ball on a billiard table, it helps to imagine gluing opposite edges of the table together. If you do that, you get a torus — so you end up studying cetain types of paths called geodesics on a torus (see this Plus article to find out more).

One of the many results Mirzakhani is famous for involves counting loops on surfaces that have been endowed with a certain kind of geometric structure, known as hyperbolic surfaces. The geometry imposed on those surfaces allows you to measure distances. Given two points on the surface you can now find the path of shortest distance between them. This notion allows you to identify very special lines on the surface, called geodesics: loosely speaking, it's along such geodesics you should travel if you want to travel along the shortest path between two points. Some of those geodesics are closed; that is, they end where they started. For example, if your surface is a two-holed torus, then such a closed geodesic might be a loop winding once around one of the holes.

One thing to notice about this result is that it doesn’t depend on what type of hyperbolic surface you look at; in particular it doesn’t depend on the number of holes it has. But Mirzakhani found that this changes if you count, not all closed geodescis, but only those that don’t intersect themselves (for example, you ignore closed geodesics that look like figure eights). It turns out that then, the number whose length is less than or equal to

is the number of holes of the surface. It looks like a simple result but that’s exactly what makes it special: results of such elegant simplicity that are nevertheless very hard to prove are a great prize in maths. And what is more, the insights she developed while proving this result led Mirzakhani to answering other open questions too. It’s a very fruitful result. And as Mirzakhani herself says, "It’s not only about the questions, but about the way you solve them"

You can find out more about the geometry of surfaces, see this Plus article.