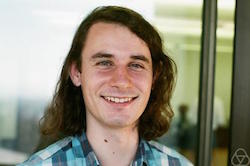 Peter Scholze has been awarded the Fields medal, at the 2018 International Congress of Mathematicians in Rio, for "transforming arithmetic algebraic geometry over p-adic fields through his introduction of perfectoid spaces, with application to galois representations and for the development of new cohomology theories."

Perfectoid spaces are testament to the vibrancy of mathematics, having only been introduced by Scholze in 2011 (when he was just 23). And despite being such new mathematics, the concept of a perfectoid space has allowed Scholze and others to already prove important open problems in algebraic geometry and other areas. His work brings together the areas of mathematics of topology (which studies the shape of mathematical objects – read more here), Galois theory (which uses symmetry in the study of solutions of equations – read here) and p-adic geometry (which we'll describe below).

Scholze was inspired to create perfectoids as he wanted to answer questions about equations over different types of fields. A field is a generalisation of the rational and real numbers we are used to using in algebra. It is a set of numbers with an arithmetic that operates over them in the same way addition, subtraction, multiplication and division work for the rational or real numbers. For example the set of seven numbers 0, 1, ..., 6 with arithmetic defined modulo 7 is a field. (You can read about modular arithmetic here.)

In this example, the number

acts like the zero we are used to – it is the additive identity:

we are used to: it is the multiplicitive identity:

. But something different happens in this field if you successively add the number A representation of the 3-adic integers (Image Melchoir> – CC BY-SA 3.0)

Scholze worked on problems that involved different fields, sometimes involving both a field characteristic p (where p is a prime number) and a related field with characteristic 0. In particular, Scholze wanted to solve problems in fields with p-adic arithmetic, which have characteristic 0. In these infinite fields the p represents a prime number that defines a new measure of closeness (eg, 2-adic, 3-adic, 5-adic arithmetic and so on). In this new measure of closeness, two numbers are close not if they are close in value, but if their difference is divisible by a power of the prime number p. The higher the power, the closer the two numbers are.

This concept of closeness seems strange, but p-adic arithmetic is useful in areas such as number theory where you want to solve equations involving congruences modulo some prime number p. (You can see an example of this here.)

Perfectoid spaces have already had a great impact on mathematics in a very short time: a growing new area of research, solving open problems and opening up new avenues for research. The concept might even shed light on some deeper unifying aspects of mathematics.

It also demonstrates the role of mathematics as a language, and the importance of having the right language for what you are trying to do. "The key issue for me is finding the right definitions, finding the right notions that really capture the essence of some mathematical phenomenon," says Scholze. "I often have some vague vision of what I want to understand but I’m often missing the words to really say that. But then sometimes I read some other paper and there’s this definition that really clicks, and suddenly I can say what I always wanted to say." Scholze is expanding the language of mathematics and allowing us to tell new, beautiful and perhaps surprising mathematical stories.

Peter Scholze from simonsfoundation.org on Vimeo.