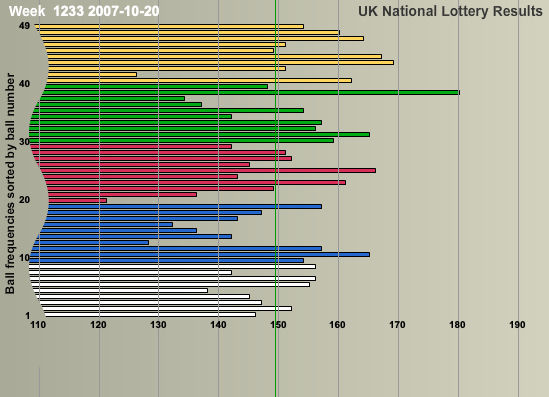 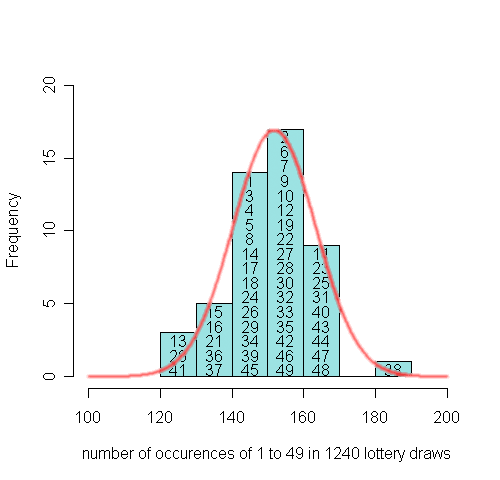 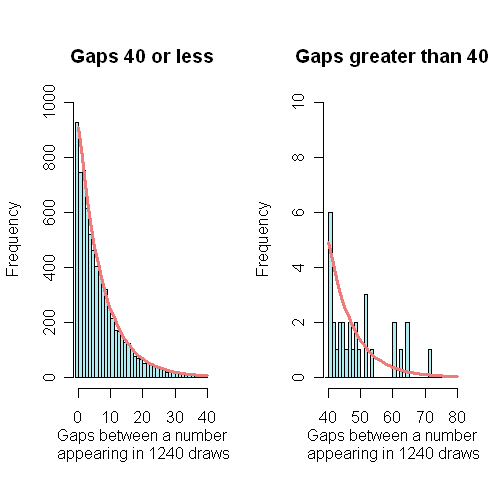 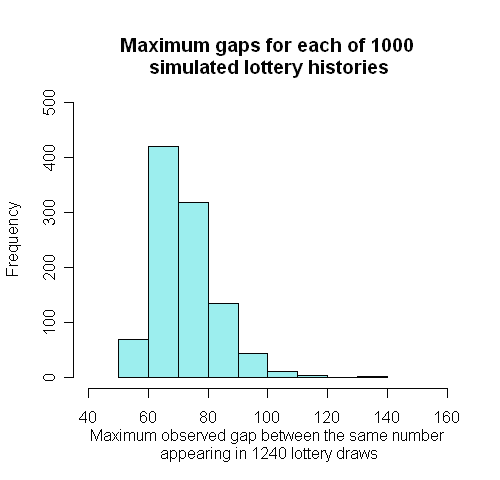 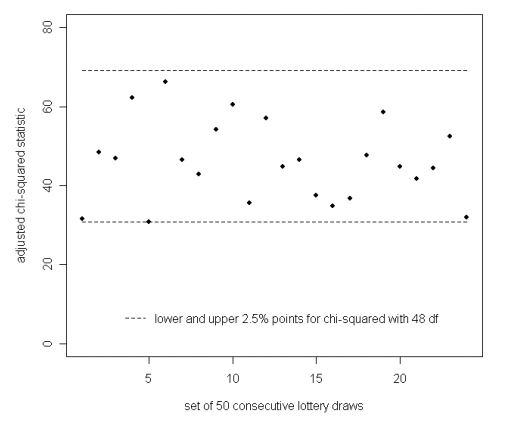 Hi David and Mike,
Your statistical information is very detailed, and I know exactly where you are coming from, in that, if I were to pick 38 as my core number, I could be out of luck, the balance could right it'self, and we must remember that statistically all numbers have an equal chance, but this is not absolutely true, it depends on what rank and order the numbers went into the machine, and also the amount of time the balls were tumbled before being selected, and there is also a bias in computer random number generation, because it depends on what integer the processor dealt with the very last time numbers were generated on it. So there's some more work for both of you to look into. Hmmp, I still need to win the lottery though! Have fun.

the binomial distribution.... is it right?

hi David and Mike,
under the heading:
"The distribution of the number of appearances of each number"

You appear to assume that the number of balls is m (6 for UK lottery) and on this basis you are proceeding to prove that the distribution is binomial. The implicit assumption here is that one is drawing a sample of 6 balls, whereas in reality "one is drawing one ball at a time without substitution, up to the number of m (6 for UK lottery)". The implication is that whereas the former assumption leads to a BINOMIAL DISTN, the latter reality would lead to some other distribution ( HYPERGEOMETRIC ???).

Although the first assumption may be justified for the purpose of the study at hand, I would appreciate your comments... of course I realise that my remarks come a few years later; nevertheless lottery seems to remain a very lively topic

Testing for Bias in the Lottery